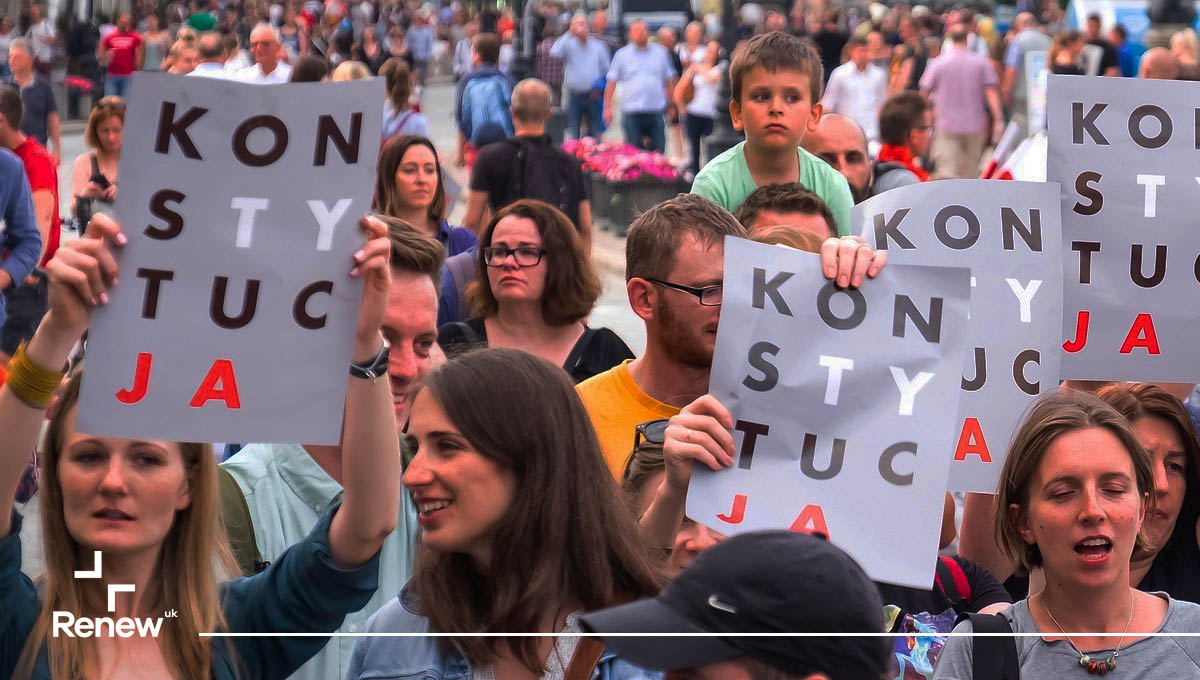 The Treatment of Female Politicians is Putting Young Women Off Politics

It’s been over 100 years since the first women in the UK won their right to vote. Yet women still face enormous barriers to the corridors of power. Renew's Gwen Jones breaks down the struggles faced by women in power, and the effect it is having on our politics.

The past few months and years have seen a torrent of abuse - both on and offline - directed at female representatives. And it’s not just about Brexit; research reveals an ongoing trend of harassment, aimed exclusively at women in positions of political power.

It’s a growing problem. Most recently, video footage shows so-called ‘yellow vest’ activists hurling violent abuse at Conservative MP Anna Soubry on her way into Parliament. Their actions were later defended by her fellow politicians, including the likes of Nigel Farage.

Recent research conducted by Amnesty International, in partnership with Element AI, suggested that around 1.1 million abusive tweets were sent to the female MPs on their list in 2017. Diane Abbott, the Shadow Home Secretary, received more online abuse than any other British woman that year.

Stuck in the Seventies

Comments on female MP’s bodies, outfit choices and other aspects of their appearances are prevalent across social and mainstream media platforms, and the weight of such judgements is born disproportionately by women. In September of 2015, Donald Trump remarked of presidential opponent Carly Fiorina; “Look at that face! Would anyone vote for that? Can you imagine that, the face of our next president.” One male MP comments; “Women in public life are at a greater risk of being objectified…. Nobody would tweet me saying how terrible my suit was, or to tell me that I’m looking fat, or that I should dye my hair. It just wouldn’t happen.”

Theresa May developed the nickname ‘Kitten Heels’, due to the frequency with which her footwear choices were detailed in major newspapers. And lest we forget the infamous Daily Mail headline, enthusiastically announcing Brexit discussions between Theresa May and Nicola Sturgeon: ‘Never Mind Brexit, Who Won Legs-It!’, alongside a photo of the two women sitting side by side.

Most tragically of all, of course, was the murder of Labour MP Jo Cox in June, 2016. While the event should have served as a stark reminder of the dangers of extremism and abuse against politicians, Cox’s name is increasingly being used to glorify this type of violence and threaten other MPs. One of Soubry’s tormentors told her that she should be “Jo Cox’d”. Similarly, a man holding a hunting knife reportedly looking for Labour MP Helen Jones told social workers, “I’m going to go there and Jo Cox her.” Stella Creasy, Labour MP for Walthamstow, also received a letter telling her that she would “join that woman Cox.” I could go on.

The utmost respect is owed to the female representatives who receive this kind of hatred on a daily basis and continue to stand strong in their positions and convictions. But while the treatment of individuals already in the spotlight is troubling enough, perhaps more worrying is its effect on other young girls and women.

The constant fear of backlash limits women’s freedom and willingness to express themselves, both online and on other platforms. Perpetual attempts to threaten or undermine female politicians have also been shown to reduce political participation among women. A recent study by Girlguiding UK found that girls are feeling increasingly excluded from politics by the “outdated and sexist treatment” of female MPs in the press, making them less likely to run for office, join activist organisations, and even vote.

The effect this will have on our national politics, and on our political discourse, is overwhelming. If women’s voices continue to be silenced, this precedent will undoubtedly be allowed to continue - or worsen. Appropriate action must be brought against those who perpetuate this kind of hate; while protecting freedom of speech is crucially important, those using this right to incite violence against women should always be held to account.

We still have a long way to go before the political realm can truly be considered an equal playing field. It is essential that we encourage young women to become politically active, and to overcome deliberate attempts to keep them out of power. We also urgently need to establish reasonable debate between MPs and the public, and make sure that there is less room for this kind of discourse.