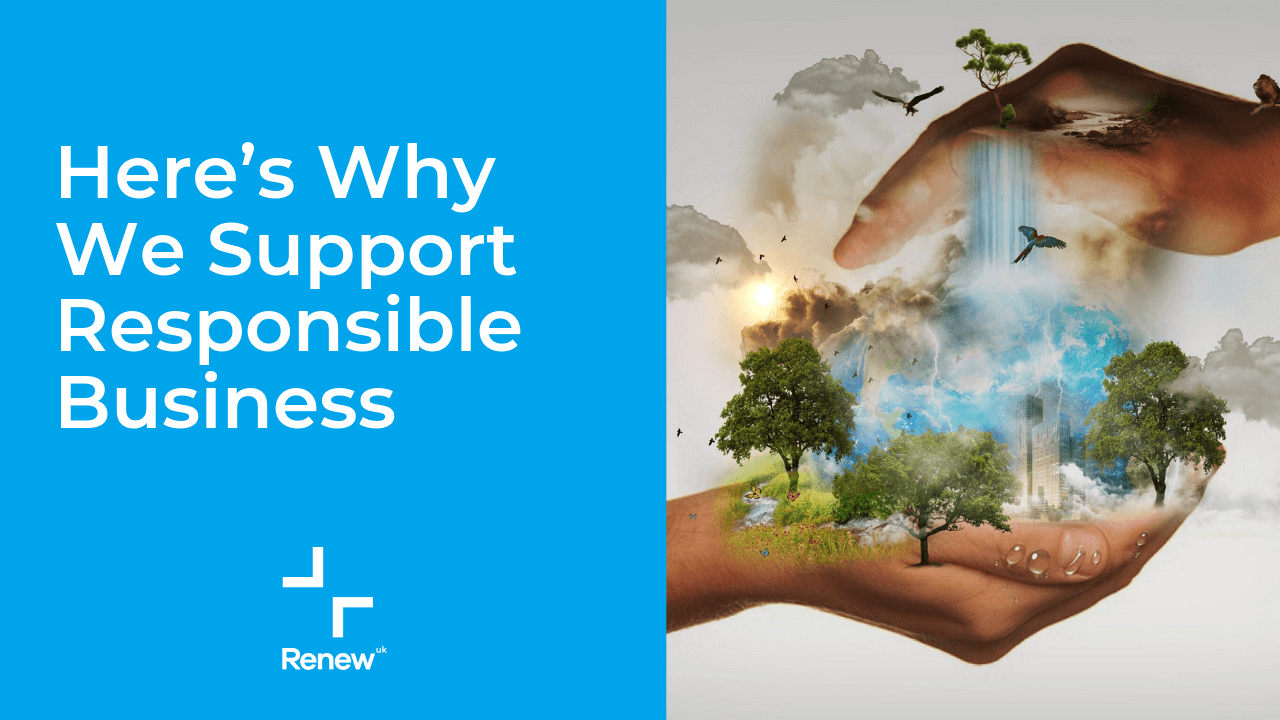 Here’s Why We Support Responsible Business

“We can win support for policies that encourage and reward enterprise but send a clear message about responsible capitalism”, says successful entrepreneur and Renew supporter Andrew Young. Read more in his opinion piece below.

Like most business owners and corporate executives, my political leanings have always been to the right of centre, based on the simple premise that less government intervention and lower taxes leads to more economic activity which in turn generates more tax revenue to pay for public services.

Yet after a long and reasonably successful business career, I find myself seeking a political party that is prepared to tackle the unjustifiable excesses and egregious practices of the corporate world.

In 1998 I started a specialist employee communications agency, helping large corporate clients to attract and retain staff by developing a strong employer brand. My approach to business was straightforward enough: hire good people and keep them happy. Do great work for your clients. Maintain adequate working capital and reinvest profits to grow. Think long-term and take manageable risks.

It never crossed my mind to find clever ways to minimise tax or to pay myself 200 times the salary of the most junior employee, despite the fact that some of our clients were doing these things and worse. By the time I sold the business in 2015, we had annual revenues of £20m with 150 people in London, Bristol and New York. Our reputation as good corporate citizens remained intact, but I’m afraid the same can’t be said for business in general.

While I’m sure the majority of businesses operate in an ethical way, there are too many high profile exceptions. Of course, there have always been bad apples and corporate scandals, but I’m talking about a pervasive decline in standards and values over the last 20-30 years that began with the deregulation and privatisation of the Thatcher era (showing my age now!)

Executive pay that in no way reflects the relative contribution of one amongst thousands, rewards for failure, tax avoidance on an industrial scale, the widespread abuse of NDAs to cover up a toxic office culture, creative or incompetent auditing, pension fund deficits…. the list of corporate malfeasance is all too familiar. It can be found in some of our supposedly most prestigious firms, not to mention not for profit organisations.

When Mrs May took office by default, she made bold statements about addressing issues of fairness, corporate governance and tax avoidance. As is generally the case with the Maybot, they have largely proved to be empty words.

It’s possible to argue that the pressure of public opinion, expressed through the media, will cause business to put its own house in order. There is some evidence of this, notably with the tech giants currently under much scrutiny. However, when you consider the scale of the problem, progress is slow and the gestures are small. Despite the evidence that there is renewed interest and growing support for alternative thinking, the business community seems to have a tin ear in facing up to public anger and anti-corruption sentiment.

I’m not for a minute suggesting that Renew should adopt a negative or hostile approach to business. What attracted me to this party is the sense of reason, moderation and pragmatism running through  the policy making process. I think that business leaders are as disillusioned with the mainstream parties as the rest of the population. We can win support for policies that encourage and reward enterprise but send a clear message about responsible capitalism, provide the necessary regulatory interventions and where necessary, legislate to make it happen. We need to restore confidence in politics and business. I look forward to taking part in the policy debate.