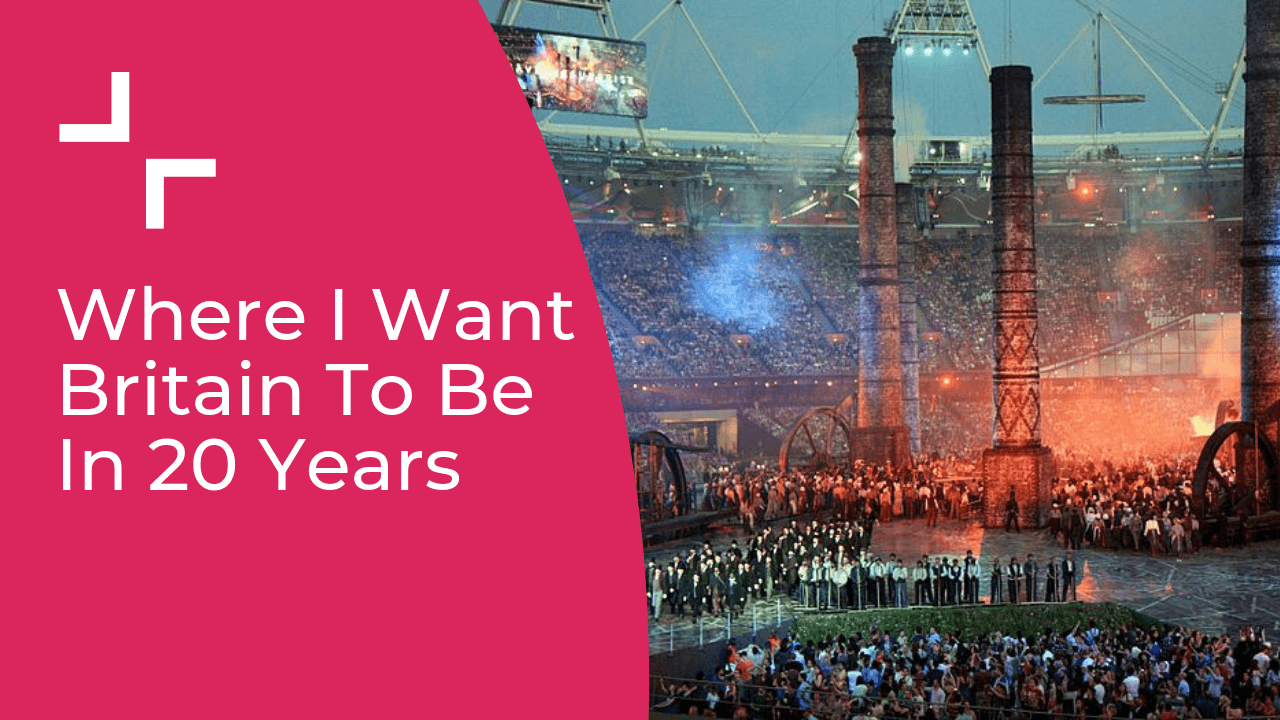 Where I Want Britain To Be In 20 Years

In this opinion piece, Renew supporter Toby Schuster sets out his vision for 21st-century Britain.

No matter where you stand on all the various issues that are currently testing the country to its limits, I think we can all agree that over the last 24 months civic life has become more tribal, political debate more toxic and the general atmosphere more abrasive.

We no longer seem to be able to deal with our problems, instead arguing about identity.

“If you’re not with me, then you’re definitely against me.”

“If you’re reading the wrong paper, then you are the enemy.”

This country, once held up as a shining example of civilised political debate and pragmatism, seems to have regressed into the nation state equivalent of an angst ridden, moody teenager showing everyone the middle finger.

So in uncertain times like this it is to be expected that people withdraw from public life and hanker after some form of nostalgia.

In fact, it’s often said Britain is obsessed with the past - the “olden days” when Britain really was Great Britain. But how does such a backward-looking attitude bode for the future? How can we possibly imagine a Britain in 20 years time if we’re somehow incapable of letting go of the past?

Well, maybe our very recent past allows us to look at what Britain could be in the future without falling prey to the often misguided desire to resurrect a bygone era. Maybe there are some pointers that can show us what kind of nation we could be if only we hadn’t lost our way.

Take, for example, 2012, the year London hosted the Olympic Games and, if only fleetingly, became the envy of the world. Who can forget Super Sunday when Team GB collected gold medals on an almost hourly basis? Or the equally triumphant Paralympic Games in front of sold-out stadiums, a first in Olympic history?

Back then, the New York Times called the Games’ opening ceremony “unabashedly British”. “Britain,” said the paper, “presented itself to the world as something it has often struggled to express even to itself: a nation secure in its own post-empire identity, whatever that actually is.”

It was all there. Our journey from green and pleasant land to the first industrialised nation in the world, which subsequently sparked the suffragette movement, an explosion in popular media, and later a film and music revolution. We were rightly proud of our NHS, our contribution to children’s literature and giving birth to pop culture which, to this day, is the envy of the world.

But the ceremony also celebrated the ordinary. The family living in a Barrett house, mobile phone-obsessed teenagers on a night out. Even the shipping forecast got a mention. Everything that makes up our everyday lives elevated for the world to see. Nothing was tribal, there was no ‘us’ and ‘them’, we celebrated the very best of this country and the people living in it. It was ‘our’ Jessica Ennis who won gold, ‘our’ David Weir, ‘our’ Mo. And most importantly, away from the tracks and the fields the country was united in our famous passion for sport, fair play and openness to the world.

So in the British tradition of harking back to the “olden days”, that’s what I would like Britain to be in 20 years time: the country we were for that glorious summer of 2012.

For effective change we need to work together, with something new...