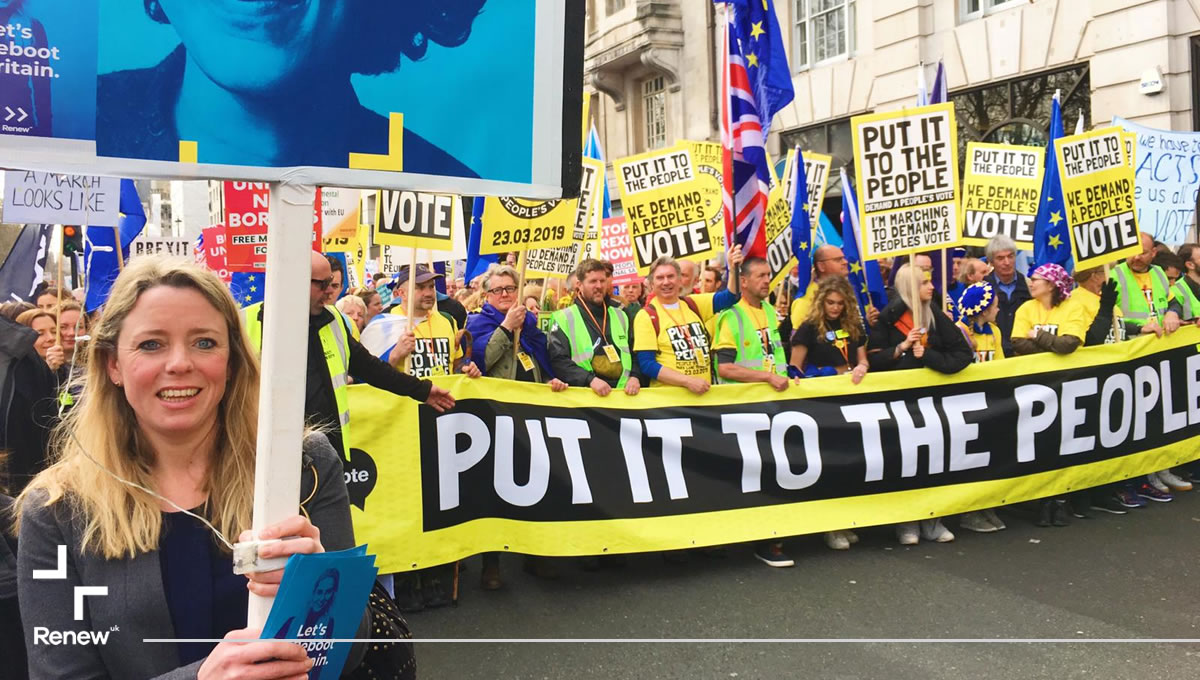 The Best of Britain: Views From the People’s Vote March

On Saturday, 23rd March, Renew came out in force at the People's Vote March in London. Here's a very quick rundown of the day's events from James Dilley.

Arron Banks called us traitors. But all I saw on Saturday was hundreds of thousands of good people who quite like being in the EU.

To be fair to Arron, the rascals were everywhere you looked. Walking down from Hyde Park Corner, I was shocked to see a family of five tucking into some Pret a Manger sandwiches rather than the traditional Full English. Trundling along beside them were a group of snowflake metropolitan elite teenagers from Wales and some beret-wearing Eurocrats.

As the crowd grew larger, one could even hear the foulest of language. An elderly rebel next to me had the temerity to wave a Union Jack while crying “Bollocks to Brexit”. It was almost as if these people couldn’t see that they were all foreign agents funded by George Soros. Unbelievable!

In all seriousness, though, Saturday’s march felt like a real turning point in the horrible story of Brexit. Protest marches often have an undercurrent of political radicalism - an element of danger, if you like - but this one was different. Despite over a million people being present, there was never any sense that things were going to kick off like they sometimes do at protests.

This might be because the march really was a cross-section of British society; decent, reasonable and completely fed up with Brexit. Not only that, it was hopeful; there was a real sense that the madness can be stopped if the government as just prepared to listen.

And, brilliantly for Renew, loads of our supporters turned out to make their feelings very clear.

Saturday’s march showed the best of what this country can offer, with good-natured people who value tolerance and stability coming together in a very British display of unity. If nothing else, it at least proved that the beating heart of Britain in Europe has not stopped. Indeed, this could just be the start of its finest hour.