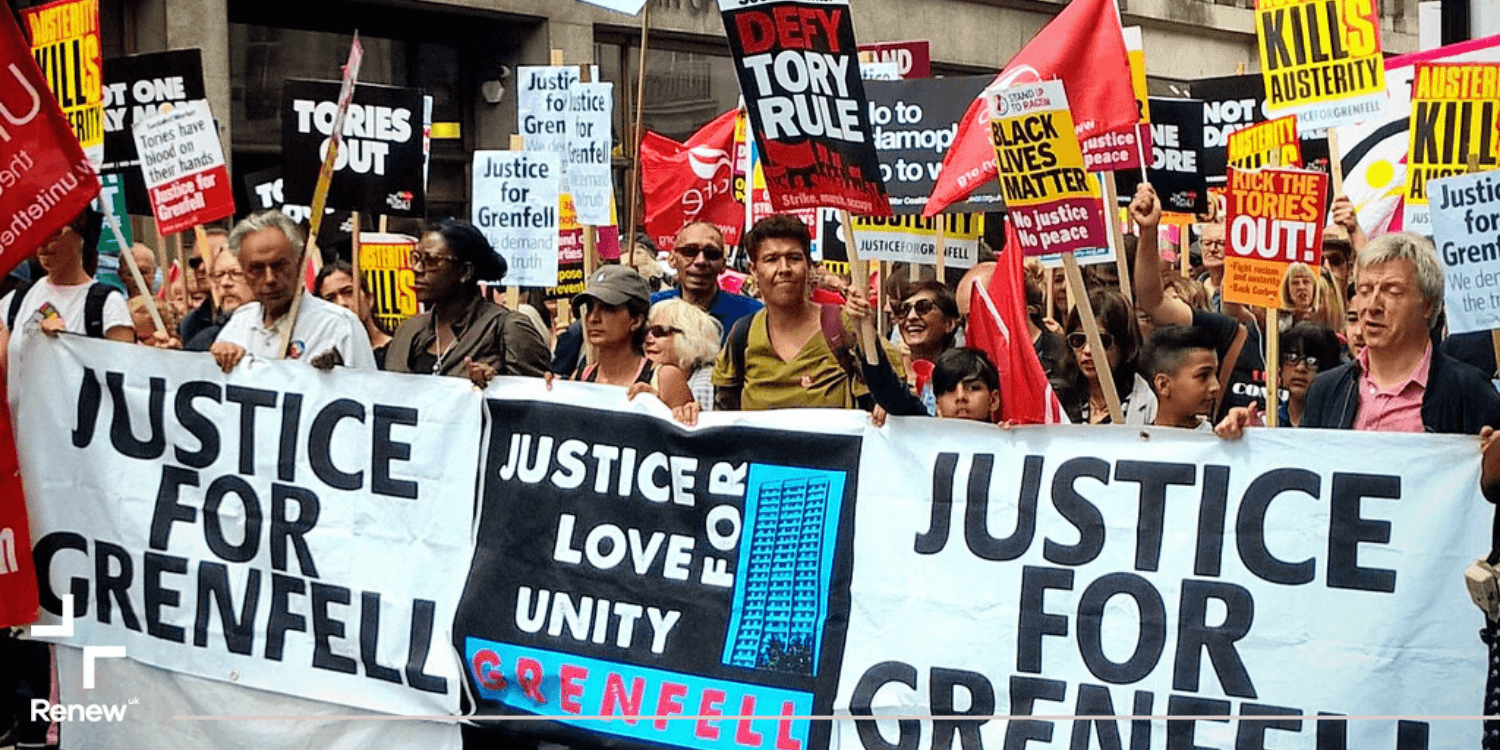 The Grenfell Tower blaze that killed 72 people has since sparked a long and arguably directionless response from the government that has seen multiple disruptions into the fires inquiry, lacklustre attempts towards preventing similar disasters and most importantly, highlighted the failures in the governing party’s strategy to provide adequate aftercare for survivors of the inferno regarding re-housing. The culmination of these failings equates to an apparent perversion in the course of justice for the victims of Grenfell, and as we now find ourselves in the midst of a global pandemic and a civil rights movement, the time for solidarity is now.

Social distancing laws have prevented the continuation of the monthly Grenfell silent walk but let us take this opportunity to remember those we have lost and to consider whether the establishment has truly learned from its mistakes.

News of the inquiry’s closure in March due to the ongoing COVID-19 pandemic came off the back of widespread outrage among Grenfell survivors, as the preceding events left victims justifiably angry. Benita Mehra, one of two panellists appointed by the government to advise the inquiry, was found to head an organization which was receiving grants from one of the companies tasked with the refurbishment of Grenfell Tower. This significant disruption into the inquiry raises some serious questions into the government’s commitment to provide an adequate and just conclusion for the victims of Grenfell.

How was the conflict of interest not uncovered before Ms Mehra’s appointment?

Why did Ms Mehra initially resist calls for her to step down?

Have these events raised the possibility that the companies heading the refurbishment of Grenfell may be delaying the process?

These events highlight the need for continued and heightened support for these victims and stands as a significant wake-up call for the public to realise the Tory party do not prioritise justice. Support for Grenfell victims from anti-racist protestors taking part in the ongoing civil rights movement has shown just how important the matter still is, three years on, and that community solidarity is the key to achieving justice. As the inquiry is set to resume in July we must stand together and use the momentum gained over these past few weeks to push for answers.

Going forward, evidence suggests that the Tory party have not heeded the warnings of Grenfell and fears of a repeat disaster are very much real. The infamous cladding that allowed the fire to engulf the entire building in just 25 minutes is still present on over 2,000 buildings nationwide. The Housing Communities and Local Government (HCLG) committee have published a report rightly calling on the government to “make an absolute commitment” to making all buildings with cladding safe by December 2020. HCLG has stated that the government’s pledge of £1bn to this cause will only cover a third of the refurbishment costs and, coupled with a short application window, means that many will not be able to access the funds. This leaves thousands of residents still living in at-risk buildings three years on from the harrowing disaster.

The moral compass of the current government is evidently severely disrupted and there is a clear need to hold those who have caused, and in some cases refused to rectify, accountable. Chairman of the committee, Clive Betts MP, has pushed for the government to take legal action in cases where private building owners have failed to begin remedial work by December 2020. These failings and the blatant disinterest in providing safe and adequate living conditions for thousands of citizens demonstrates the government’s willingness to gamble with the lives of its people three years on from one of the most fatal blazes in British history. This is simply an unacceptable approach to governing and managing a crisis and has resulted in significant, and in some cases irreversible, damage, both financially and mentally, for the victims of Grenfell. For those still having to live in evidently unsafe conditions, 94% of residents in affected buildings have reported feelings of anxiety and 1 in 5 have had suicidal thoughts.

200 homes were lost in the blaze in 2017 and three years on you would think it impossible that any of these victims would still be searching for a new permanent residency. Unfortunately, this is indeed the case with seven households still living in temporary accommodation and a further ten households who have since requested to be rehoused after being placed in accommodation deemed to be unsuitable. The stem of this issue is rooted in the government’s inability to provide adequate social housing. The lack of investment in social housing over time has led to a shortage in suitable housing options, especially for those with particular needs. Evidence of this reality is outlined by Spike Western, housing paralegal at North Kensington Law Centre, who stated that:

“The households who have still to be rehoused permanently following Grenfell are the most vulnerable survivors. They represent either those with particular housing needs, such as those arising from a disability, or those on whom moving permanently is something that cannot be rushed and must only be done when the survivor is ready.”

Unfortunately, the current state of the Grenfell response highlights the Tory party’s utter disregard for the wellbeing of the victims and shows a dysfunctional and poorly developed housing system that is unable to cater for those most in need. With warnings from victims and housing experts alike that another Grenfell-like disaster could be looming on the horizon, the government's disjointed approach to crisis management worrying to say the least.

As COVID-19 has further prolonged the pursuit of justice for the victims of Grenfell, it is imperative that we do not let this tragedy and its lingering consequences slip into the background. The abhorrent neglection and disproportionate prioritisation of response tactics from the Tory party highlights their inability to cope with such disasters. Realising the very real risk of a repeat catastrophe is reason enough to call on the public to express their solidarity with the victims of Grenfell and to extend these grievances to wider and very relevant causes such as the ongoing Black Lives Matter movement.

It is worth reiterating that solidarity is key in achieving justice in what can only be described as a broken system. Only when we all stand together can we truly achieve the answers, justice and results that we as a community are still hoping to see.