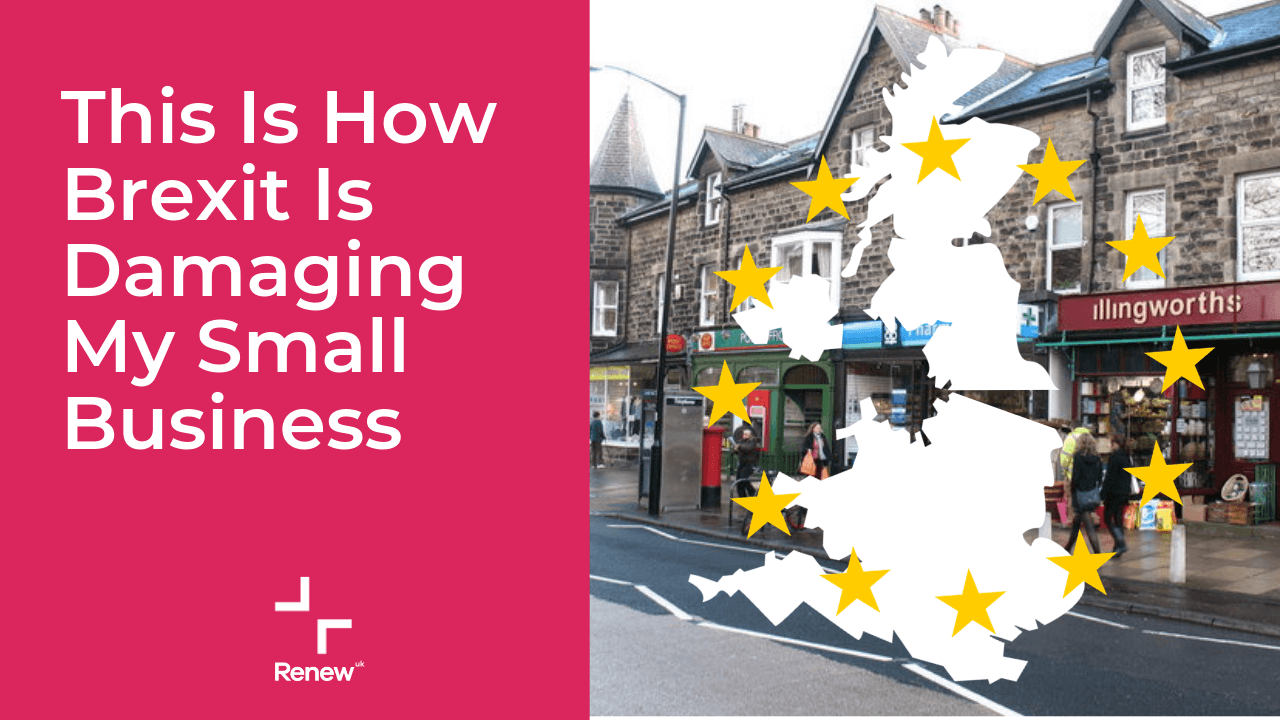 This Is How Brexit Is Damaging My Small Business

David Letts, a small business owner from Market Harborough, explains how he thinks Brexit has damaged the future prospects of his enterprise.

I run a small independent lighting shop in Market Harborough.

Most of my stock comes from European suppliers. Some of my high-end products are manufactured in the EU. Some of the mid-range goods come from the Far East, but are sold via EU-based companies. Since the referendum, Pound Sterling has plummeted and, as a result, my costs have rocketed.

The shop is nearly five years old. I started it from nothing, with just my own cash and some help from local business mentors offering advice and encouragement. The main thing they told me was that it would take around three to five years for the business to take hold and start making a profit. After three years I had almost broken even, and would be able to start taking a wage.

Then David Cameron called a vote.

Within a few weeks of the result, I noticed a marked change in my customers’ spending. Before the vote, I was supplying new build and refurbishment projects. Although price was a factor, most customers were looking for certain styles and quality. Price was secondary, although they still expected a fair deal.

Now they were coming in and saying that they were no longer going ahead, or that they were cutting back and going with cheaper options. Generally, my sales and turnover went down. After five years, I am now where I was after three years, but instead of a forecast showing growth, my view is that it will level out, or reduce further... I can't see any positives as things stand.

I voted to remain in the European Union. I travelled around Europe as a child with my parents and was given the opportunity to see countries, learning learn about them and their cultures. This was a wonderful gift and I still thank them for it regularly.

My parents are both gone now, but if they were here today, they would be outside the House of Commons, screaming at the politicians - I have no doubt.

My reasons for voting Remain were more to do with the cultural and ‘no longer killing each other’ aspects of the European Union, as much as the economic benefits. I understood the historical importance of the Union’s purpose and have since learned so much more about the intricacies of membership. I have been actively involved with a couple of groups trying to stop brexit (deliberate lower case - it doesn't deserve a capital....)

In my shop I have postcards and leaflets for anyone to take away. I have posters and flags in the shop window. So far, with only one exception, everyone I talk to about brexit tells me that they are worried. They are relieved when I tell them that it's not too late and they leave with a card or two to send to their MP or the Prime Minister. I do find it depressing how many people still don't understand the gravitas of brexit, or have lost interest…

A few people I talk to online and in the shop have suggested that I stand as an MEP. I'm not sure that I'm qualified enough, although having seen what the ‘Kippers do, I'm probably overqualified...

I'm European, English and British. Only, I'm not ashamed to be European at the moment.