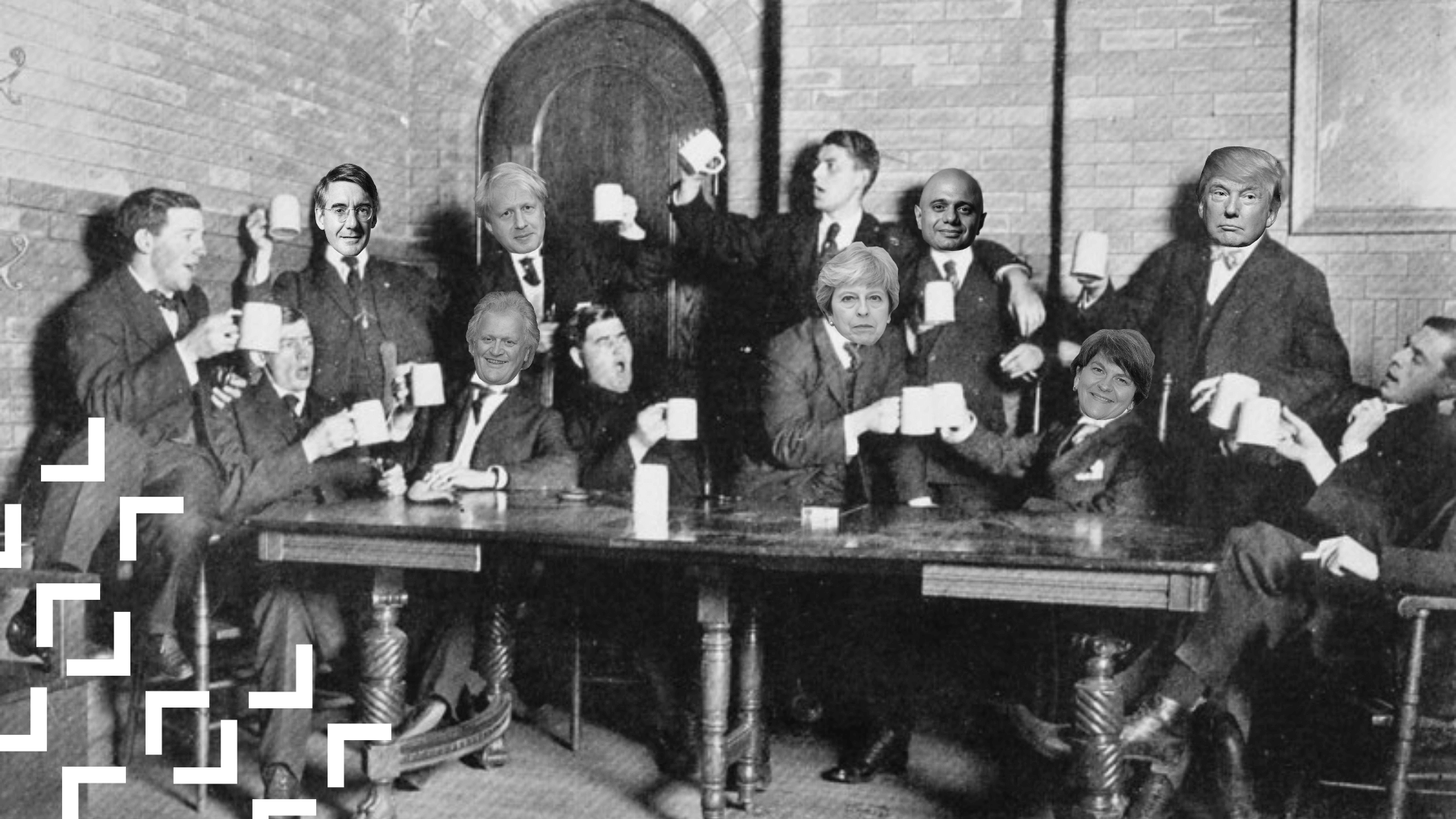 Upon hearing the news that Theresa May is hosting two drinks receptions for Conservative MPs this week to try and sway them into voting for her Brexit deal, some friends - and foes – devised a cocktail menu for our Prime Minister to use*. She's even contributed a recipe herself. Have a sip below…

The traditional Old Fashioned cocktail calls for Angostura bitters to impart a little foreign zing, but I have substituted them here for honest, dependable British nettles. These nutritious leaves give the drink a pleasantly stinging punch – just like the one I will throw at Mrs May after a few more glasses.

No champagne? No problem! Since I couldn't give a flaming toss about businesses – especially French ones – there’s not a drop of sparkling wine to be found in this flute. My take on a classic Christmas tipple features orange juice without the foreign muck, so you too can feel the special tingle of leaving the EU. That’s another thing I forgot to put on that red bus; Brexit will cure hangovers once and for all.

What what? Oranges are grown in Spain, you say? Blast!

Flex on the Beach – Sajid Javid

I was recently down in Dover and came up with this strong recipe. Observing the tears of migrants on the shore, I thought: what a great addition to my favourite mocktail. So, I collected some up, mixed them with some cranberry juice and concocted this nasty tasty little number.

Like the sun, I keep falling, only to rise again the next morning. And as I take the country back to the 1970s, it’s only right that you taste one of the era’s iconic flavours in this wonderful drink. Served in a strong and stable glass, this cocktail will get you loose and dancing regardless.

My twist? A single wheat kernel, to remind me of reckless childhood abandon.

A Unionist through and through, I can’t abide any green in my cocktails – so it’s out with the lime! With no shamrocks in sight, this drink will be the frictionless border to your evening of fun. Who needs Guinness?

I’ve said it once and I’ll keep saying it until the metropolitan elite gets the bloody message: Britain will be fine outside of the EU. Nothing beats a good British beer; they can take their Aperol Spritzes and keep ‘em. That’s why there’s no fancy liqueur in my daquiri – it’s just a pint of Doombar ale with a few teaspoons of sugar. No rum, of course – not made in the UK, is it?

Even better, in honour of the Article that kicked off Brexit, we’ll be selling this drink across all our pubs at the discounted price of 50p.

This cocktail party sucks – bigly. You should go to Trump Tower for the best subpoeña coladas in the universe. I mean seriously – it’s tremendous, folks. But it’s a little different to what you would expect also, believe me. White rum is from Cuba – bad hombres, not good people. So, this baby uses vodka, a gift from incredible Russian leader Vlad. Great guy.

Many people are saying this drink smells funny and maybe Putin put something in it for you. But come on – I know Putin – I mean I don’t know him – but anyhow, that’s fake news. Cheers!

*As imagined by Renew