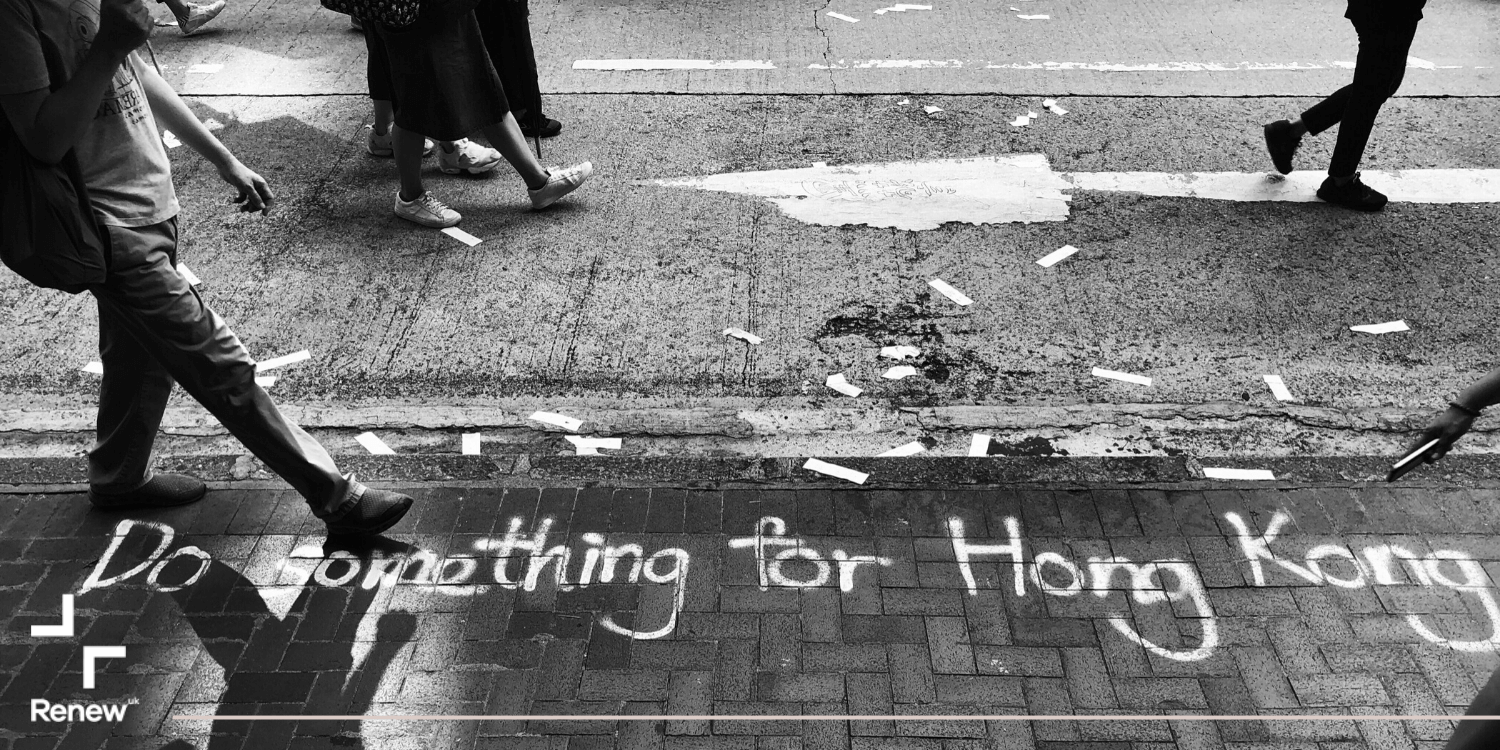 Ross Orchard, who is interning with Renew, argues why the UK has a moral obligation to protect its people in Hong Kong.

It’s no secret that Beijing’s harsh authoritarian regime has cast an increasingly imposing shadow over the liberties of Hong Kong’s citizens in the past year, but is China’s new security law the final nail in the coffin for Hong Kong’s unique freedoms?

Unfortunately, this seems to be the reality for the people of Hong Kong. However, the “One Country, Two Systems” principle laid out in the Sino-British handover agreement in 1997 guarantees semi-independent status to Hong Kong until at least 2047. Therefore, Britain must now uphold its obligations to its former territory and protect the democracy of its institutions.

Protests over Beijing’s increasing interventions into the city have been a recurring theme recently, and yet, for the most part, Britain has stood idly by and allowed tensions to build. It is arguable that the government's excuse for refraining to intervene is seeded in the success of the 2019 protests which forced chief executive, Carrie Lam, to suspend the controversial extradition bill, which would have permitted the extradition of criminal suspects to mainland China. Yet, as China pushes to pass another controversial security law to crush dissent in Hong Kong and evidently seek a close reunification with mainland ideals, Britain can no longer simply provide empty rhetoric in support of its former colony. This is not to argue that Britain has some sort of duty to uphold democratic policy in all its former imperial territories. However, in the case of Hong Kong, where there has been no desire for swapping British rule for Chinese, the UK should be obliged to act when called upon by its former overseas citizens.

Johnson and Raab have this week publicly condemned China’s new security law stating that "such legislation would be a clear violation of China’s international obligations, including those made under the Sino-British Joint Declaration". At first glance, I, like many others, initially thought Britain would simply continue with its limp strategy toward criticizing China with public condemnation and little else. However, the prime minister has since announced a plan to protect British national (overseas) (BNOs) passport holders if Beijing pushes ahead with its new security law. 350,000 Hong Kong residents are currently BNOs, but the Home Office has since confirmed that anyone eligible to apply for a BNO passport (of which there are an estimated 3 million) is also covered by the visa rights extension. Naturally, this has infuriated China’s Communist party who have warned of retaliation. Chinese foreign ministry spokesman Zhao Lijian has stated, “China reserves the right to take necessary measures”. As ominous as that sounds, it is rather refreshing to see the government stand up and protect foreign nationals on the grounds of morality against what Chris Patton calls an "international bully".

Nonetheless, it raises questions over whether potentially uprooting millions of citizens and providing them with a path to citizenship in the UK is the most effective way of protecting Hong Kong’s autonomy. From a moral standpoint, it is admirable that we have offered a way out for many Hong Kong citizens who feel threatened, but surely a better case scenario for all involved is to make sure that maintaining a Hong Kong passport remains an option for those who have a long history on the island. Although this is arguably the UK’s strongest threat to Chinese expansion to date, it has the potential to backfire. If the citizens of Hong Kong eventually feel threatened enough to uproot their lives and take the UK’s visa offer then China will effectively have done enough to ensure the end of the “One Country, Two Systems” principle and drawn a close to Hong Kong’s autonomy, an outcome many will not deem favourable.

Britain is right to challenge China, but it must do so in a way that guarantees the autonomy of Hong Kong. The Responsibility to Protect is certainly being upheld with the UK’s plans to offer passports to Hong Kong citizens, but it is imperative that we seek to uphold the future of a secure and independent Hong Kong. Trade sanctions are one possibility the UK could explore to try and curb China’s aggression, however, the nature of the recent economic downturn due to COVID-19 and China’s presence as one of the worlds leading trade partners makes this an extremely precarious route to follow. Nonetheless, many would consider standing up to China, in any form, a bold move. It now comes down to how far the UK government is willing to go on grounds of morality before it is forced to cool its attack on the seemingly unstoppable growth of Chinese hegemony.

In any case, Britain’s recent response to China’s actions symbolises a breath of fresh air and a step in the right direction regarding upholding the rights of our former imperial territories. But it is important that this initial step should not be considered sufficient in relieving the pressure on the Foreign and Commonwealth Office. It is our moral obligation to continue to fight for the rights and freedoms of the citizens of Hong Kong and to ensure the continuity of a safe and autonomous city. We are bound by Treaty to defend the rights of the people. To give up now is to turn our back on our moral duty, something that the UK must always strive to uphold.