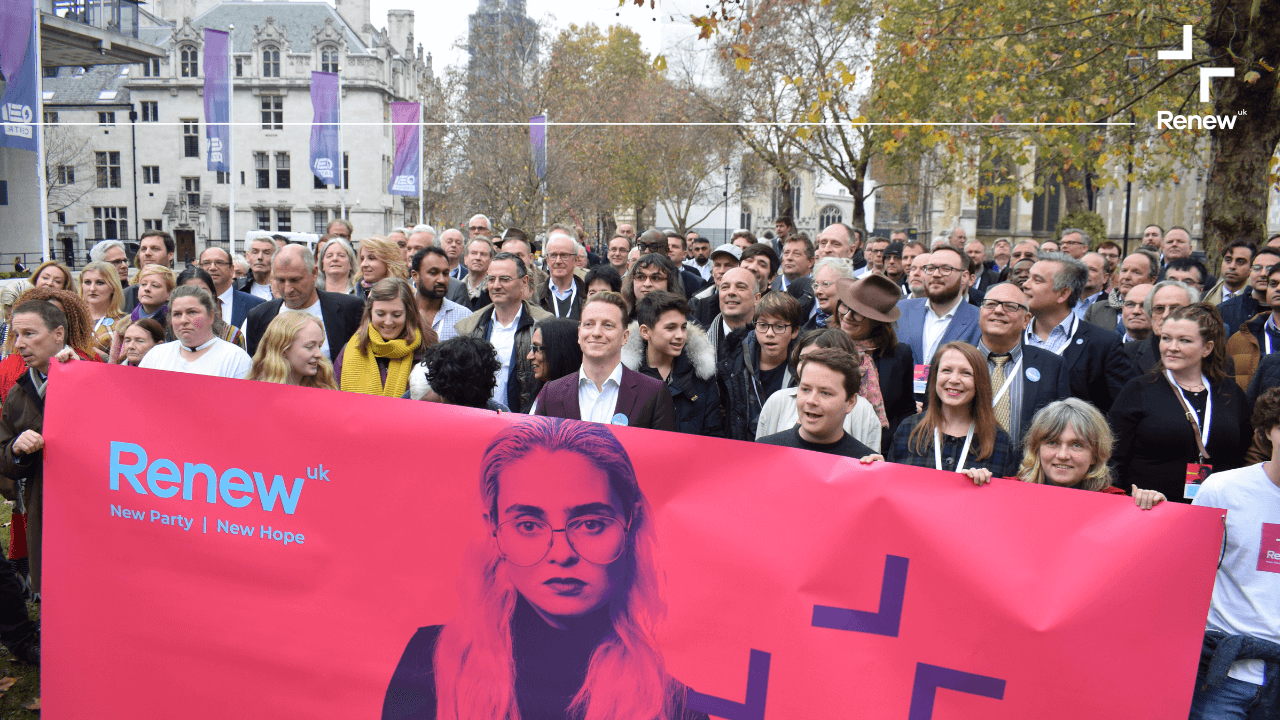 In this new series, we feature the people who make Renew what it is. Today, we introduce one of our newest members and potential Renew candidate, Daniel Moul.

When your goal is to redefine what it means to be a political party, it helps to have good people on board. After all, that’s our mission statement: real people from outside politics coming together for the nation.

So allow us to introduce Daniel Moul, one of our newest members and a man who may one day run as a parliamentary candidate for Renew. We sat down with him recently to talk about his life and what he wants Britain to be in the 21st century.

Hailing from Essex, Daniel is a successful business-owner with years of experience in sales. What has this taught him, we asked?

Well, for one thing: “People can smell bullshit a mile off”.

And it’s true - with Dan, there’s no spin. What you see is really what you get.

This confidence in the instinctive intelligence of the British people is refreshing, and something that career politicians of all backgrounds will never realise - simply because they’ve never had a real job outside Westminster.

But it’s not just sales nous that Dan can offer. In fact, his colourful life is enough to intrigue anyone.

When Dan was young, he was always good at sport - and competitive with it.

“I ran for Essex”, Dan said when we asked him about it, “and it was the first time I ever got beaten in a race. So, because I came second, I packed in athletics”.

That didn’t last too long then. What came next?

“I played football for a while at a semi-professional level, but I got injured. So I went into amateur boxing. I was quite successful in that, winning eight out of ten bouts.”

“Well, in my penultimate fight, I knocked out a guy called Gary Mason. I knocked him out in the second round. I had all sorts of offers to turn pro after that - it got quite a lot of press at the time. I even ended up becoming friends with Gary, who was a really good guy.”

But it wasn’t all roses. In fact, after controversial boxing promoter Frank Maloney convinced him to turn professional, Dan realised that boxing wasn’t for him. The trouble is, he says:

“I’m a complete and utter pacifist - I hate violence with a passion.”

Not ideal for a boxer, you might think.
“Exactly. I had a crowd of 2,000 people in Billericay turn up to watch my first fight. But I knew after the first round I didn’t want to do it any more.”

“You look around at the ringside seats, and you see that they just want blood. That really affected me. I hated it, because of the violent aspect.”

Having hung up his gloves long ago and venturing into the business world, Dan’s newfound interest in politics defines his life. To him, our destruction of the environment is the most important issue to tackle, but to make the radical changes necessary to curb climate change and rejuvenate our planet, Dan thinks we need a political revolution.

“Engendering trust is so important”, said Dan on the topic, “and there’s got to be a political party which people can believe and trust in”. He thinks that Renew can be that force.

Elsewhere, Dan wants to run as a representative dedicated to tackling inequality.

“Half of the world’s wealth is controlled by 85 people”, Dan bemoans, referring to a 2014 Oxfam report claiming that the world’s 85 richest people control as much wealth as the poorest half of the world. But part of combating that, Dan thinks, is to tackle the “complete lack of community” in many developed societies.

“When I moved to Suffolk, it shocked me - people actually said hello in the street”.

So to solve these problems, Dan thinks we should take another look at how we relate to each other on the local level. Only then can we scale up this newfound humanity to a global platform.

One thing’s for sure: Daniel Moul is a passionate guy. Renew is providing a platform for real people like him to change the destiny of the UK, and, one day, the planet.
If you’d like to make a difference by becoming part of the Renew project, jump on board.

Were you inspired by what Dan has to say? Do you agree with his perspective on the problems facing Britain and the planet? Get in touch with us to find out more about how you can join Renew or contribute original content to our website.