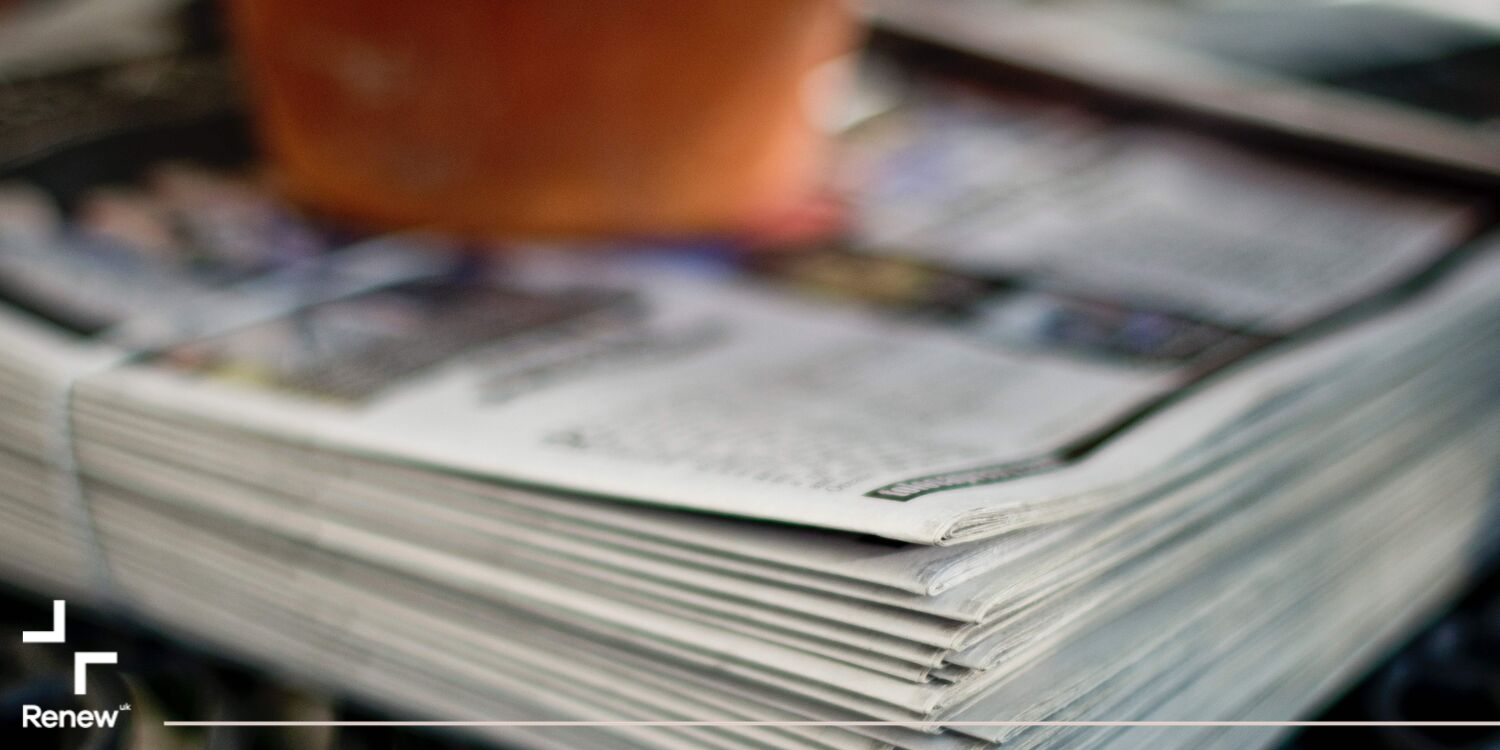 The Media is Not Your Enemy

Renew’s Heather Astbury gives some advice for media management in a guide that might especially appeal to our members and candidates nervous at the prospect of engaging with journalists.

“There’s no point in doing media interviews because the reporter will twist everything you say and make you look bad anyway.” This is a statement I have heard so often – and it is simply not true.

Having once been a journalist, I know the vast majority are hardworking, dedicated and professional. They take their reputation for accuracy and fair reporting seriously; in a competitive field where mistakes can be punished by legal action, reporters with vendettas won’t last long.

My journalism course contained a significant legal element, with contempt of court and defamation (libel) being subjects we were expected to have mastered. We were taught to keep our notebooks as evidence of the information we had gathered in our interviews and the need to interview people from all sides of an argument to ensure fairness was drummed into us. If we couldn’t prove a story was true, fair and accurate, we couldn’t publish it.

That contrasts sharply with social media where ‘citizen journalism’ has meant anyone can publish almost anything without fear of reprisal. There is certainly not the level of scrutiny and standards of reporting required of career journalists. So why does the media get such a hard time?

Ignoring suggestions of vested interests of media owners - even if true this wouldn’t affect how they reported on the majority of businesses – I believe the feeling arises because potential interviewees are nervous about making a mistake and looking foolish, so they use this argument as an excuse not to engage with the media at all. Also, people often have unrealistic expectations when it comes to getting media coverage.

Reporters have a job to do, just like the rest of us. For some, their role is to inform and educate the public about subjects that are of interest and importance to them. For others, it is to entertain. It isn’t the job of any journalist to promote your company, your product or you personally. Media outlets expect you to pay for that service and that is where the lines between editorial and advertising content are drawn. Whereas with advertising you simply pay for the amount of space or time your company wants and you provide the content, the editorial process is entirely different and one you have much less control over.

Firstly, you need to convince the reporter that you have a story to tell that will be of interest to the public. One of the main requirements is that your story is actually news, i.e. it is new. If you are trying to get coverage for something that happened three months ago or has already been all over social media, forget it; reporters won’t be interested.

Once you’ve convinced the reporter, they need to persuade their editor to run the story. At this point the reporter’s reputation is on the line with their editor. If they can’t verify the facts or aren’t able to get commentary from you or third parties on the record, the story won’t run.

On the newsdesk of a national daily paper, I had to write three to four stories on completely unrelated topics per day. I had to speak to a variety of different experts for each story to ensure the story was accurate and fair. It was a rush and it’s easy to see why mistakes are made. The people who were available and willing to talk, who called me back when they said they would and who fulfilled their promises were my best friends. The flipside was that I didn’t have time to wait around for people, so if my top interview subject wasn’t available, I had to get someone else.

The ease of getting content published on social media may have made us lazy. Why spend all the time and effort required to be covered in the media when you can post anything you like as often as you want on Twitter? People generally still trust the media more than social media commentators and having your news covered in a top title can enhance your reputation enormously.

If you follow the rules, dealing with the media can be a hugely rewarding and valuable experience. Don’t miss out.