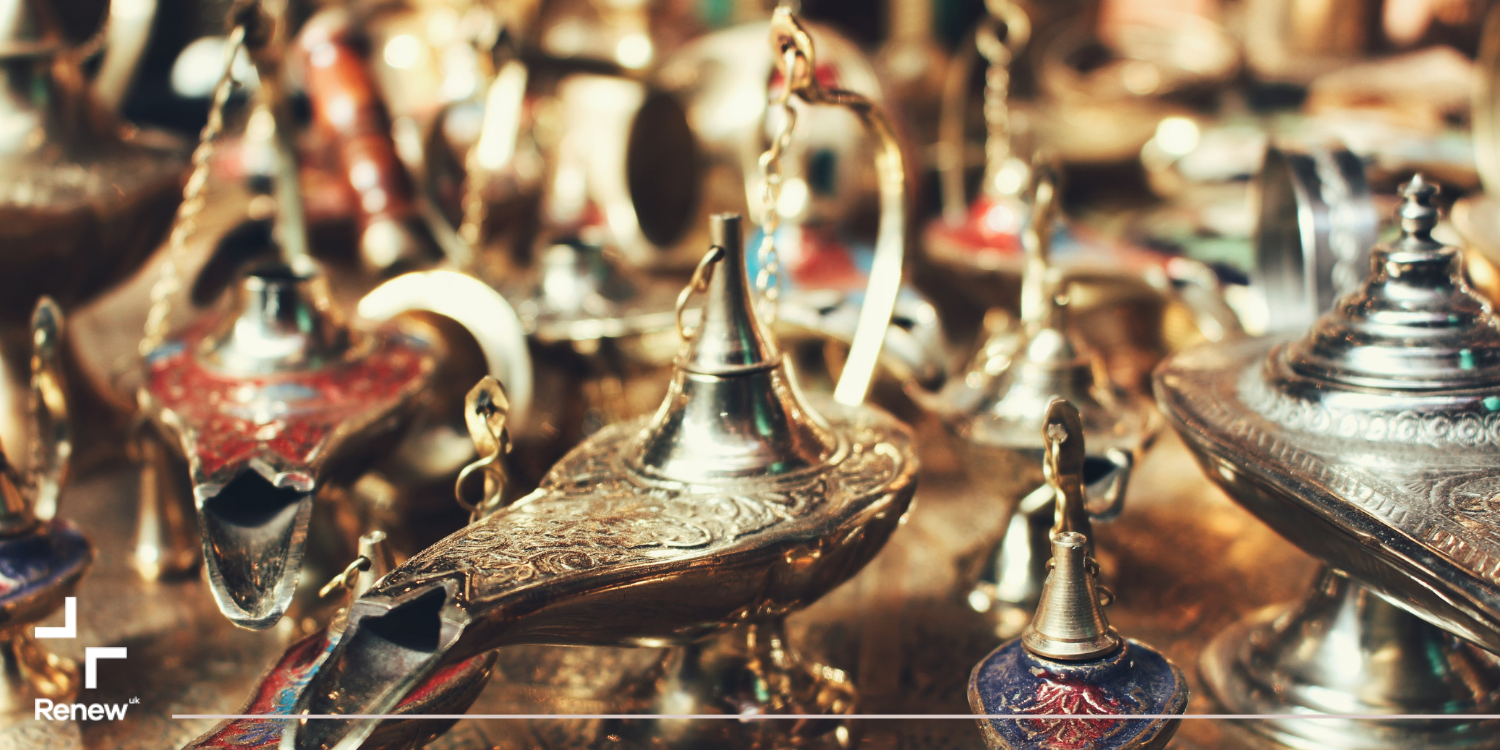 The Genie is Out, and it’s in the Scariest of Hands

In this piece, Renew member Paul Gerken compares Boris Johnson's proroguing of Parliament to Jafar's control and exploitation of the genie's powers in Aladdin.

As much as our new overlords will try to convince you otherwise: this isn’t normal. As much as our unwritten constitution can’t define the proroguing of Parliament as illegal, it shouldn’t mean that we understand it as a correct resolution to our Brexit crisis. It isn’t.

What Alexander “Boris” Johnson is doing, as an unelected Prime Minister with no mandate, is wielding the monarch’s power in a way usually vested only in those who have been voted for by the majority of the population. Yet within a matter of days of being honoured with these privileges, he has taken those powers and stretched our political fabric to the point of breaking.

He has not acted like a guardian of our institutions and traditions, but a wanton destroyer. This ain’t right; this ain’t OK.

The power of the Prime Minister is eyed enviously by many western democratic leaders. The freedom to act comes from being able to execute many things in the name of the Queen, who still holds ultimate authority. But, like many commentators state, the idea that the Queen will suddenly begin to exercise these powers herself and go against the will of the Prime Minister is for the birds. The Monarch’s power is like the genie in Aladdin; in the hands of the good it can be a force for great success. In the hands of Jafar? Well, all shit breaks loose and the kingdom lies in rubble.

And see how scheming, duplicitous, machiavellian Jafar has got his hands on our genie.

Ladies and gents, if you think BoJo is only going to pull this stunt once, I think you’ll be in for a surprise. Once someone tastes power, they don’t give it up easily. Especially not someone who has committed more backstabbings to get power than those in the entirety of Game of Thrones.

This man, this caricature, has been rewarded at every turn for his deceit and treachery. It was he who turned on his leader and supported leave, just to take down David Cameron. It was he who quit the cabinet, just so he could manoeuvre against Theresa May. And yet his star has continued to rise. He has now retired parliament to push through his own agenda and it’s so far, so good. So why should he change? With every outrageous act, he becomes emboldened.

This is not a man who will later turn around and believe in a genuine parliamentary democracy when the choppy waters of Brexit are cleared. He will do this again and again, unless he is stopped now.

Those that support him should be losing sleep for shame. Rudd, Javid, Hancock and the rest are the squawking parrots to this egomaniac Jafar. The best they can and should do is fly away, whilst Parliament returns to enact its vengeance. And Parliament must unite without equivocation nor hesitation and bring down this man. Once gone, we need to write our constitution to ensure this never happens again.

The genie must be placed firmly back in the bottle.