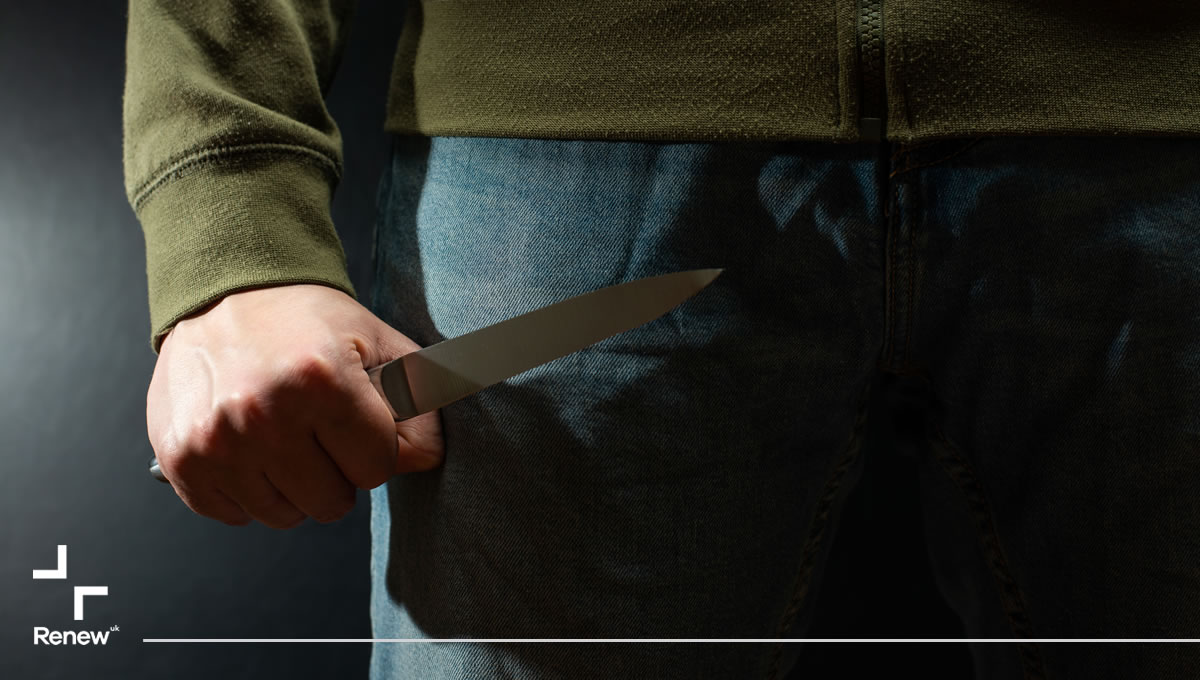 Tackling the Complex Problem of Knife Crime in the UK

In this opinion piece, we break down the issues surrounding knife crime in our cities - and how we might be able to stop the epidemic.

It’s not just algebra that kids are learning in school these days. Children in vulnerable areas of the UK have now been taking lessons in how to treat stab wounds, according to the Times.

Pupils are taken through how to stem bleeding and deliver first aid to victims as part of a new scheme designed to protect at-risk young people from the effects of violent crime. It’s not quite long division, but it seems drastic measures are needed in light of increasingly troubling times.

In 2018, a total of 37 children and teenagers were stabbed to death in the UK, a bleak nail in the coffin for the worst year in a decade for knife crime. In total, there were 42,957 offences involving knives in the 12 months ending in September 2018, a 66% increase from 2014 figures.

Just two months into 2019, and already another 11 young people have lost their lives. The most recent victim, David Martinez, was fatally stabbed just days ago in a flat in Leyton, East London. He was just 26 years old.

Things are now so dire that Sara Thornton, chairwoman of the National Police Chiefs’ Council, has called on the government to declare the situation a national emergency. Earlier this week, home Secretary Sajid Javid held meetings with the heads of police forces from seven of the UK’s worst affected areas to discuss the knife crime epidemic among teenagers and young people. The talks came shortly after Prime Minister Theresa May insisted there was no link between stabbings and declining police numbers.

The issue of knife crime is complex, and widely misunderstood. Archaic attitudes towards teenagers involved in violent crime are pervasive; on Wednesday night, in an interview on LBC, Brexit Party leader Catherine Blaiklock argued that incidences of knife crime have an undeniably “ethnic component”. It’s also not too long ago that Hilary Clinton made her infamous comment referring to African-American youths as “superpredators”.

This kind of contempt contributes to the shroud of misunderstanding around street violence, and does nothing to tackle the complex causes of crime.

Huge cuts to policing are widely cited as the main driver of the recent spate of stabbings, and tougher, more punitive custodial sentences as the solution. There is undoubtedly an element of truth to this; the number of officers in the 43 territorial forces in England and Wales has fallen by more than 20,000 since 2009. Over the same period, violent crime rates have soared. May might have denied any causal relationship, but the timings line up too perfectly to be passed off as mere coincidence. Cressida Dick, former Metropolitan police chief, has already voiced opposition to May’s statement; "I don't think she listens, quite frankly, to what she's being told."

There is overwhelming evidence that police presence helps to stabilise communities and deter crime. The same can be said of tougher prison sentences - would-be perpetrators are less likely to commit serious offences if there is a genuine belief that they will be held accountable.

But this is far from an easy fix.

The prison population of the UK is already 90,000. What’s more, there little evidence to suggest that prison time is effective in reforming offenders and preventing further crime. Quite the opposite, in fact. Currently, almost 30% of prisoners go on to reoffend. When looking at young offenders, the figure is even higher - in 2016, 68.1% of 15-17 year olds went on to commit another offence.

Sentencing might be necessary, but the age-old ‘lock them up and throw away the key’ attitude is clearly not the only answer. If anything, it helps feed into the dangerous narratives surrounding young people who commit crime, without ever going deeper into the causes and origins of violence.

As with anything, prevention is radically better than cure. Far from “superpredators”, young people living in dangerous communities are an almost inevitable product of their environments. We know that crime tends to breed crime, as those who feel threatened by their surroundings are more likely to take potentially dangerous measures to protect themselves.

Aside from the wider issues of poverty and income inequality, extensive cuts to youth services have left many teenagers without access to adequate support. As youth centres across the country shut down at a rate of knots due to public spending cuts, there are fewer available alternatives for young people who may otherwise fall into crime.

A faltering education system is also partly to blame. As class sizes grow and resources for special needs provision are slashed, more students are being excluded from schools and forced down a path of pupil referral units, ending up in trouble. Fear, boredom and a lack of opportunity are a dangerous combination.

The knife-crime epidemic, though complex and multi-faceted, is not an impossible problem. However, the solutions are likely to be radical, meticulous and expensive. Glasgow, for example, once regarded as the UK’s most dangerous city, has experienced reductions in violent crime of 69% in a decade. Glasgow’s huge success has been attributed to its adoption of a reformed ‘public health’ approach to crime. Extensive work carried out by police in cooperation with health, education and social work sectors to identify vulnerable populations and address problems at their root. Rather than waiting for young people to commit crimes, investment directed towards early interventions.

Despite remarkable success in Glasgow, uptake has been slow elsewhere. Quite simply, a public health approach to crime requires major investment across the board - in education, healthcare and social services - something the government just doesn’t seem willing to do at the moment.

It took the government more than five years to finally admit to the monumental failures of Universal Credit. How long it will take them to recognise that knife crime is not only preventable, but a direct result of government policy remains to be seen. The longer they wait, the more lives will be lost. It really is that simple.

It is time for the government to take ownership of these most pressing issues, stop shying away from difficult issues and oversimplifying complex problems. It’s not just about being tougher, it’s about being smarter. The situation has already reached crisis point, and frankly, our young people deserve better.