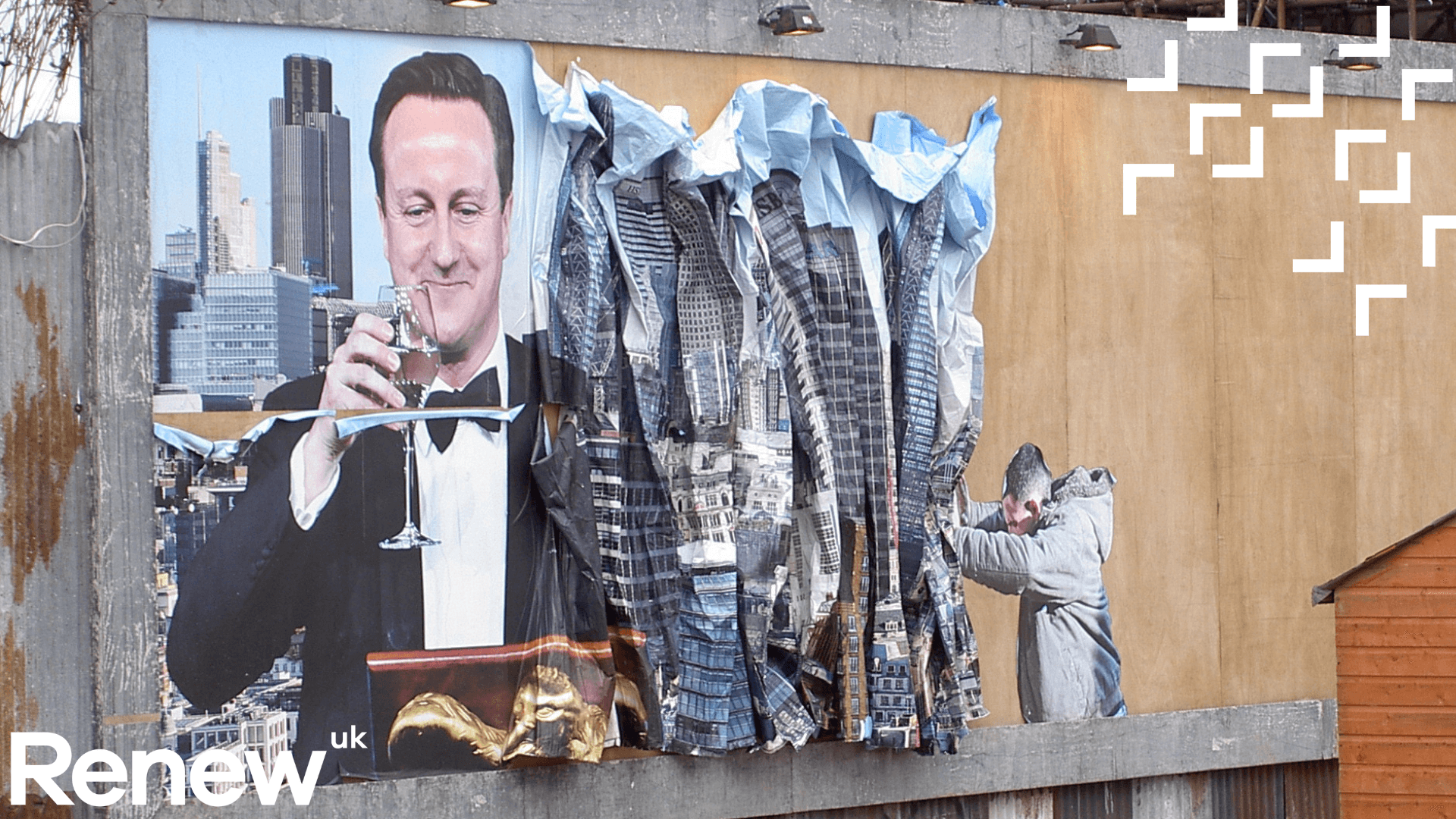 You might have heard that David Cameron has reportedly been in touch with Theresa May to advise on Parliament’s Brexit deadlock. Number 10 has obviously denied this - like everything else - but the BBC’s sources seemed confident.

This isn’t the first time that yesterday’s man has poked his nose into a mess of his own making.

Never mind the fact that Cameron was the most disastrous Prime Minister this country has seen since Neville Chamberlain. Never mind that his corporate political style - saturated with manager-speak and out-of-touch ideas - alienated millions of voters across the country. Never mind his embarrassing resignation in 2016. Apparently, Cameron’s is still a voice worth listening to when you run the country.

We think Theresa May would do better to listen to the ordinary people around the country who see first-hand the damage that Cameron’s Conservatives did to their communities. People like Renew’s members and potential parliamentary candidates, perhaps.

Cameron’s arrogance reflects the entitlement of a political class that is way past its sell-by date. Remember a few weeks ago when Cameron - “bored s***less” in his luxury Cornwall shed - reportedly told his friends he fancied a go at being Foreign Secretary? It’s pathetic - and insulting to British voters who expect politicians to earn their stripes, not inherit them.

In the words of Renew’s Deputy Leader James Clarke: “the UK political system is not a franchise. We don’t have to vote red, yellow or blue”. Politicians, like the self-important Cameron, cannot take power for granted any more.

And the same goes for older heads like Tony Blair, who also can’t help but stir the pot these days. Blair’s New Labour did some brilliant work around the turn of the century, but the man now represents a way of doing politics that makes most voters cringe. He also seems to have conveniently forgotten the Iraq War - a betrayal that destroyed Blair’s credibility as a voice of reason.

The institutional parties cannot understand that people don’t want a Prime Minister who looks and talks like their boss. Westminster is not a corporate office. Voters want real representatives that actually care about their lives - and have experience outside of the political world.

That’s why David Cameron and his ilk need to pipe down. Their day is done - and it’s about time a new force like Renew earned the chance to govern.