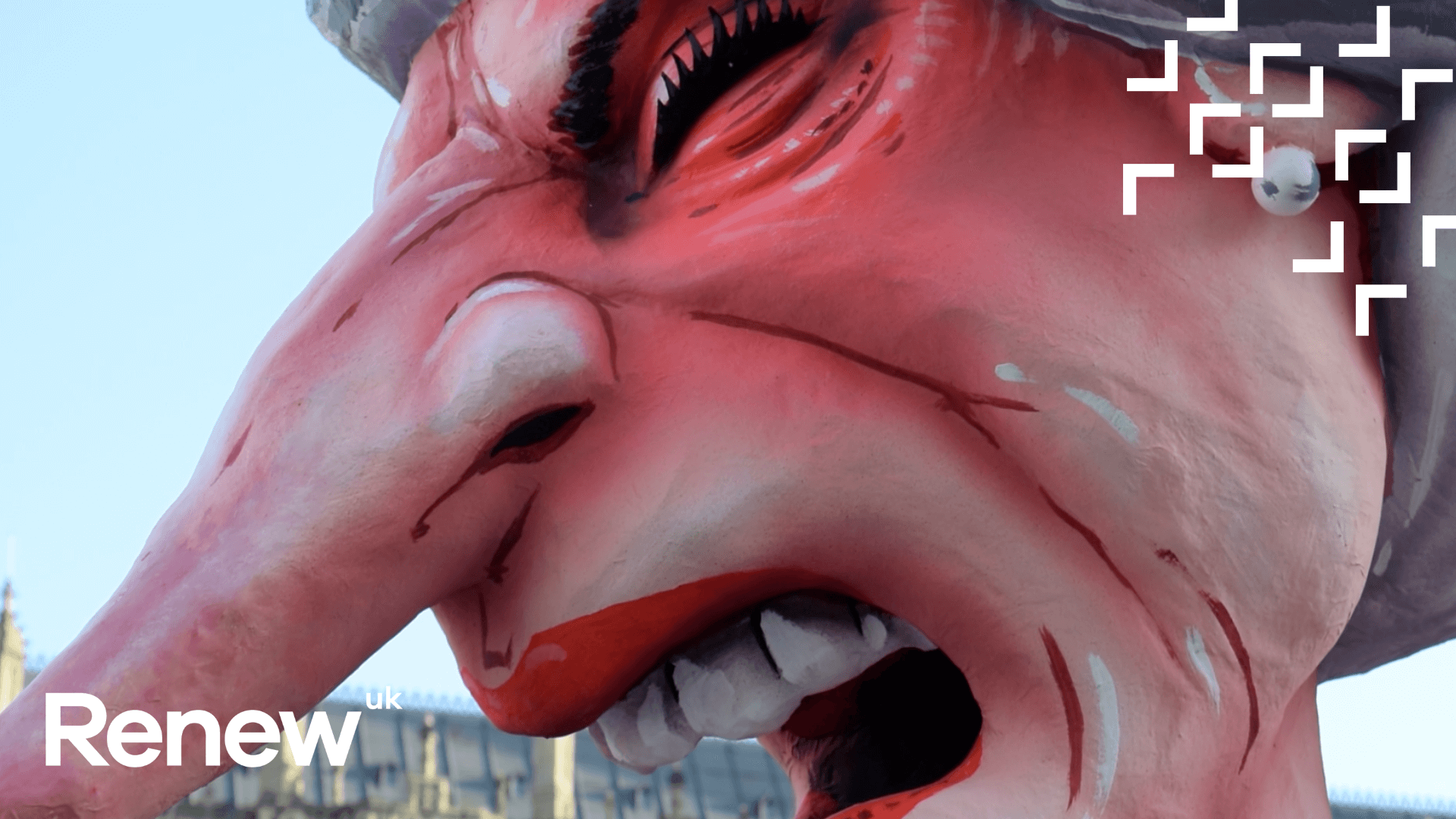 Renew’s Long Read: Why Theresa May Must Go

The PM should resign. Windrush, Grenfell, and Brexit are indicative of an old style of politics and arrogance that must end, says John Nucciarone

Democracy and “will of the people” is not only about and expressed through the act of placing a mark on the ballot. It is about information the electorate has access to and how a government decides to interpret the results of a vote. It is about how a government or even a Prime Minister chooses to achieve a policy and what they ignore in attempting to do so.

The 48% have difficulty understanding how they became beggars at a banquet when the 51.8% was obtained in a campaign where the Leave campaign:

i) purposefully confused the issue of political refugees (Syrian refugees) with the EU mobility right,

ii) claimed Turkey was about to join the EU with its approximate population of 80 million obtaining freedom of movement into the UK,

iii) claimed that £350 million a week would be freed up and made available to our under-funded NHS,

iv) promised that EU nationals would not be used as pawns (imagine the spin in the media and the reaction of a few voters if they had known that Theresa May would utter that Leave campaign policy on this issue was not government policy), and

v) stayed silent when 700,000 British citizens currently residing outside the UK were denied the right to have their voices heard at the ballot box. Moreover, when May decided to confirm this referendum result in an election she specifically made about Brexit, her government was reduced to a minority. This was in part caused by Labour’s muddying of the waters on Brexit and our country’s future access to the Single Market - a specific strategy adopted to attract Remain voters.

For a PM who closes her eyes to the facts of how the 51.8% was obtained, to subsequently take the next audacious step of ignoring the promises made to EU resident nationals by the Leave campaign while also simultaneously claiming the government was deriving its mandate from the 2016 referendum itself, is simply mind boggling.

This is not only about how the 51.8% was achieved, it is about the society we live in having to accept not only the consequences of
policies it disagrees with being implemented without a mandate but about the individuals making up that society being told that the methods used to achieve Brexit were legitimate, normal, and acceptable in a democracy.

Does the illegality committed by the Leave Campaign in breaching electoral laws make this PM pause?

Where does she and her government draw the line?

The method used by a government or any other entity to achieve its political aims is relevant in a democracy.

Inconsistency in positions, irrationalism, and ignoring of obvious facts by a PM or government is neither normal, legitimate, or acceptable in a democracy and can lead to even worse abuses.

A mindset which refuses to recognise the weak foundations of the Brexit project and is willing to close its eyes so easily to illegitimate and illegal aspects, is the same mindset which closed eyes to the misguided policies behind the Windrush scandal.

In that instance, to fulfil a political promise to reduce immigration made to usurp UKIP, an administrative process was introduced at the Home Office to create a “hostile environment” where no reasonable politician or even civil servant could not have known that many legal UK citizens would be found guilty of non-existent crimes.

It is a mindset which ignores facts, regardless of the consequences for voters, individuals in society, trust in politicians, or even trust in the political and legal system in our country.

The very same mindset underlying Brexit and Windrush reared its ugly head again in the government’s handling of the Grenfell Tower Inquiry.

The May government initially proceeded, before a public outcry reversed its course, to appoint one of the Big Four consulting firms (KPMG) as an adviser to the government inquiry into the tragedy.

i) audits the parent company of the company which produced the defective cladding put on Grenfell Tower,

iii) also audits the Royal Borough of Kensington & Chelsea, which has a management contract with the provider of Rydon’s contract, the Kensington and Chelsea Tenant Management Organisation.

And what should raise red flags with the public about the Cameron and May governments are their judgments on key matters. The most obvious is that the May government needed a public outcry to remove KPMG from the inquiry process rather than recognising their inappropriacy at the outset.

The connecting factor in Brexit, Windrush, and Grenfell is an arrogance towards both facts and consequences. Our leaders think they can be ignored to achieve political aims, to avoid political embarrassment and accountability, or to simply delegitimise opposition to their arguments.

Now, on 12th December 2018, this generation of Tories is delaying the business of the government and the country in order to indulge a leadership challenge. This comes after the PM has already delayed the vote of 11th December on her withdrawal deal.

It would seem this generation of Tories believes that whoever runs the Conservative Party runs the country.

They should not allow May retaining the leadership of their party to provide her a clean slate and safe harbour for a year to berth with the party, the government and its policies.

She may get to press the reset button with her party and this generation of Tories, but she won’t with parliament or the country – whether with regards to her Brexit policies or her government’s integrity.

Make no mistake: if May retains the leadership after this challenge and she loses the coming vote on the withdrawal deal, she along with her government should resign.

It would go against all British parliamentary precedent should she and her government not do so.

The Prime Minister referred to Brexit as a great exercise in democracy. I daresay that under her and this generation of Tories, democracy, rule of law, and respect of parliament and individual freedoms have all been damaged.

John Nucciarone is a Canadian and member of the New York Bar currently living in London. All views are wholly his own.