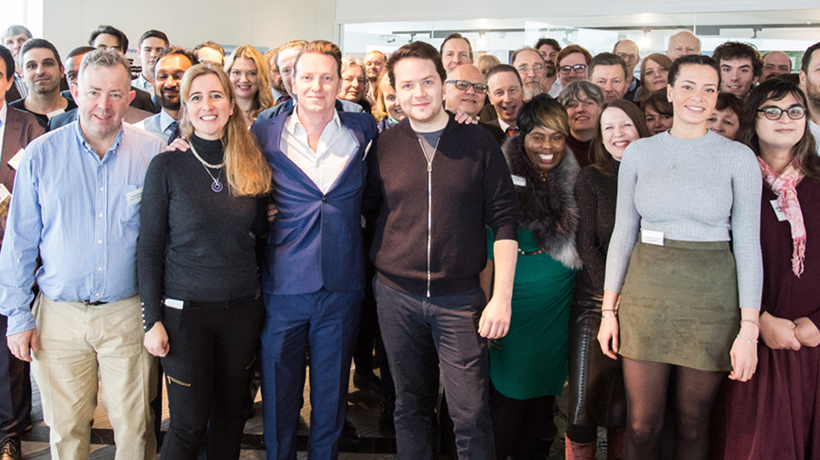 Renew, the most credible new party in UK politics, is challenging discredited established parties in key local elections on May 3rd. Campaigning is well underway in Renew’s first test at the ballot box. While others toy with the idea of a new party, Renew candidates are already on the ground offering voters a genuine opportunity for real change. “We’re doing the hard graft of building a party now, as there’s a clear need. Standing in local elections shows we’re not just a talking shop. We’re building support from the grassroots up and working on a new agenda for the UK,” said Renew Principal James Clarke.

16 Renew candidates are vying for seats on local councils in North Tyneside in the North East, and Wandsworth, Tower Hamlets, South Ealing, Chiswick and Greenwich in London. Renew candidates are standing on a platform to stop Brexit which is harming local and national interests, so councils can better address underlying grievances and improve local communities after years of neglect.

Some are entering politics for the first time, spurred by a sense of duty and despair over Brexit and the dismal performance of government and opposition. Tom Bailey, a chartered surveyor and director of a technology company is the Renew candidate for Tynemouth. “It’s time we pushed back against the politics of fear and mistrust and handed back to residents some real control over their community, with more decisions taken at neighbourhood level on issues like traffic, development and regeneration. We need to stop throwing money at Brexit and concentrate on what matters to local people.”

Renew is also standing nine candidates in local elections in Wandsworth, a key battleground in London, where former Conservative councillor James Cousins has already defected to the party: “I left the Conservatives because they represented backward-looking factions and interests rather than the ambitions of local residents. I’m proud to lead Renew locally and offer
a genuine alternative for people no longer represented by the hijacked traditional parties.”

The party hopes to draw support from among the three million EU citizens living in Britain, who were barred from voting in the referendum but who can participate in local elections.

Renew founder Chris Coghlan is standing in Balham. “Our message to voters is not to let party politics get in the way of real change. We also encourage our valued EU nationals to vote for us in Wandsworth, so we can advocate for their interests in the face of the Conservative government’s cynical and divisive approach to Brexit.”

Daria Hass is standing in Queenstown. “After over 20 years as head teacher, and seeing the degradation of resources for housing and education, it’s time to make a difference. The wishes of local people must be heard and opportunities recreated.” The party is campaigning for more central government funding for local councils after eight years of Conservative austerity.
Council budgets have been cut by as much 40%, leaving the social and infrastructural fabric of communities in tatters. Neighbourhoods are crumbling, social care is suffering, pollution is increasing and some sports centres and libraries have been forced to close. This is happening while the Conservative government dishes more false promises and limp rhetoric about better times ahead after Brexit.

Party principals stressed those thinking of forming parties were taking too long to act. “It’s encouraging that so many people recognise the need for a new party”, explained Principal James Torrance. “At Renew, we believe the best way to break through is by bringing new voices into politics from all walks of life, people with integrity and the courage to fight for their communities. That’s what breaking the political mould means for us.”

Principal Sandra Khadhouri urged immediate action. “We’re proud to stand in elections, responding to public demand for something new. By the time other parties set up, it will be too late to offer a genuine alternative. With major parties pushing us in the wrong direction, we urge activists and donors to join us now. People deserve to know another future is possible.”

Background:
Renew is a registered political party set up by a group of independent candidates who stood in the June election 2017 on a campaign to Rethink Brexit, Renew Britain. Building on mass disaffection with existing political parties, Renew has enjoyed overwhelming support for its centrist agenda to address inequality and create a new vision for modern Britain – from a
position of strength as a full EU member. So far, the party has welcomed 3,500 volunteers and supporters and received 1000 applications to be parliamentary candidates from all over the UK – including health workers, teachers, economists, public sector workers, media. Renew is recruiting 650 credible candidates for any future election and will campaign to Remain in the
EU in a public vote on Brexit terms and conditions.