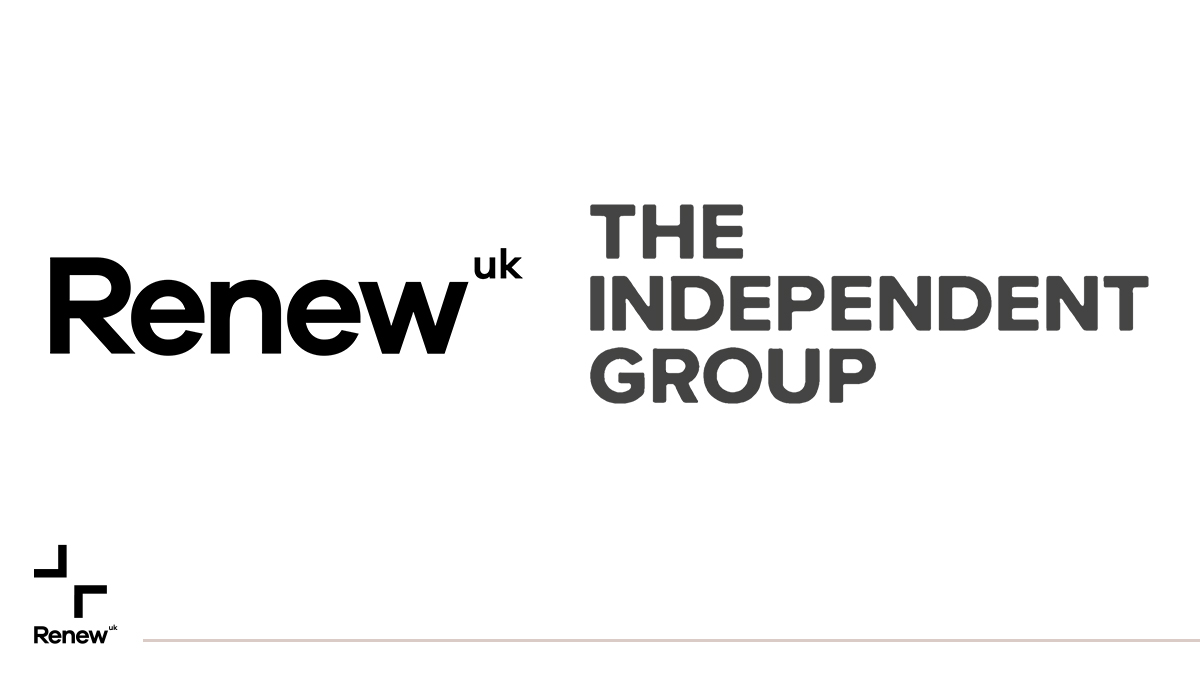 Renew have said that they welcome the opportunity to give their support, backing and friendship to The Independent Group. Renew have therefore begun preparations to wind up operations as soon as the Electoral Commission gives ‘Change UK - The Independent Group’ the all-clear to run in the elections. We look forward to this new chapter as an integral part of an exciting new pro-EU venture.

The Independent Group acknowledges the worthwhile and meaningful endeavours of Renew, and the hard work and dedication of their board members, staff, regional coordinators, policy working groups, supporters and candidates since inception.

Forming a new pro-EU party, particularly during the last two years, has clearly been arduous and challenging, and The Independent Group acknowledges the energy and ambition of Renew in standing up for decent values and honesty in political and public life.

Given the urgency of preparing for the European elections, The Independent Group is grateful for Renew’s pragmatic and generous approach in cooperating under shared values, interests and ideas. The Independent Group has welcomed applications for MEP candidacy from Renew approved candidates.

“I take my hat off to the Renew party who have worked incredibly hard to achieve what many would consider to be an impossible feat, a party born not out of Westminster but in the country. Their values mirror the collaborative approach in The Independent Group, so I am pleased we are working together in the national interest.

“Both Renew and The Independent Group have said that British politics is broken and it needs to change. We are looking forward to working together with them and their supporters in order to change British politics and make the positive case for Britain’s membership of the European Union.”

“In keeping with Renew’s commitment to honest, open and practical politics, we are happy to be working with The Independent Group. Due to the Brexit threat, it is essential that the pro-European vote is not split on May 23rd. This strategic move will ensure that voters are presented with a clear, pro-European choice at the ballot box.

“I know that Renew’s work at the grassroots levels can help The Independent Group’s established MPs build a better political system. Renew was founded in order to change the conversation on political reform and provide millions of disenfranchised voters with a voice. We can now do that with The Independent Group, who can provide invaluable expertise and leadership at this crucial time.

“I hope this move will provide a platform for doing politics differently.”