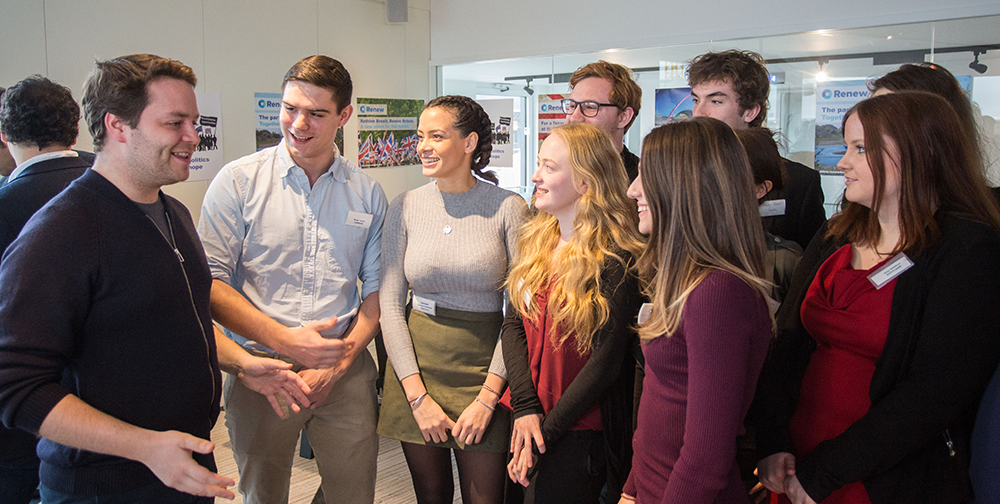 Renew, the most advanced new party in UK politics, has issued an open offer to join forces with those planning to follow its lead in staking out the centre ground of UK politics.Potential parties have been a recent focus in the media. (“New centrist party gets £50m backing to ‘break mould’ of UK politics”, Observer, 8 April 2018). “It’s encouraging to see so many recognising the need for a party like ours,” says Renew principal James Torrance. “We’re well on our way to breaking the mould of two-party politics, bringing new voices into politics from all walks of life, people with integrity and courage to fight for their communities.”

Renew is encouraging people of all political persuasions to join its visionary people-centred party. Its support is drawn from those alarmed by the Brexit path, party infighting and politicians bent on shelving their principles and the national interest in favour of party loyalty. “People deserve to know another future is possible now, not next year. There’s still time to stop the discredited major parties pushing through a damaging Brexit, so we can get on with the business of real change that people are crying out for,” said Party principal Sandra Khadhouri. “We offer the whole package: a modern progressive party of the people with a vision of renewal, opportunity and social mobility. Let’s all fight for a fairer UK that celebrates its traditions and retains the benefits of EU membership.”

Since Renew launched in Autumn last year, Renew has received over 1000 applications from potential parliamentary candidates from across the country and been inundated with offers of support from 3,500 volunteers and supporters. The party has also recruited regional coordinators to manage local campaigns. Renew’s campaign to contest seats in upcoming local elections has received a positive response on the doorstep, with many encouraged to hear of a genuine alternative. Over the next few months, Renew will be releasing details of its policy programme, based on best practice and the concerns of people canvassed during its ongoing Listen to Britain nationwide tour.

Principal James Clarke described the party’s appeal. “We are rapidly becoming the political home of choice for millions of disaffected people who fear the UK will become an inward-facing island of inequality, insignificance and economic decline. We are open to politically homeless politicians too, but only if committed to our vision for radical change. For those wanting change, the time is now.”

Background: Renew is a registered political party set by a group of independent candidates who stood in 2017 elections on a campaign to Rethink Brexit, Renew Britain. Building on mass disaffection with existing political parties, Renew has enjoyed overwhelming support for its centrist agenda to address inequality and create a new vision for modern Britain. Renew aims to recruit and train 650 credible candidates for any future election and will campaign to remain in the EU in any vote on the final deal. For further information: see www.renewbritain.org or contact Renew Press Office at [email protected] 0203 239 1692 or 07968 862195.