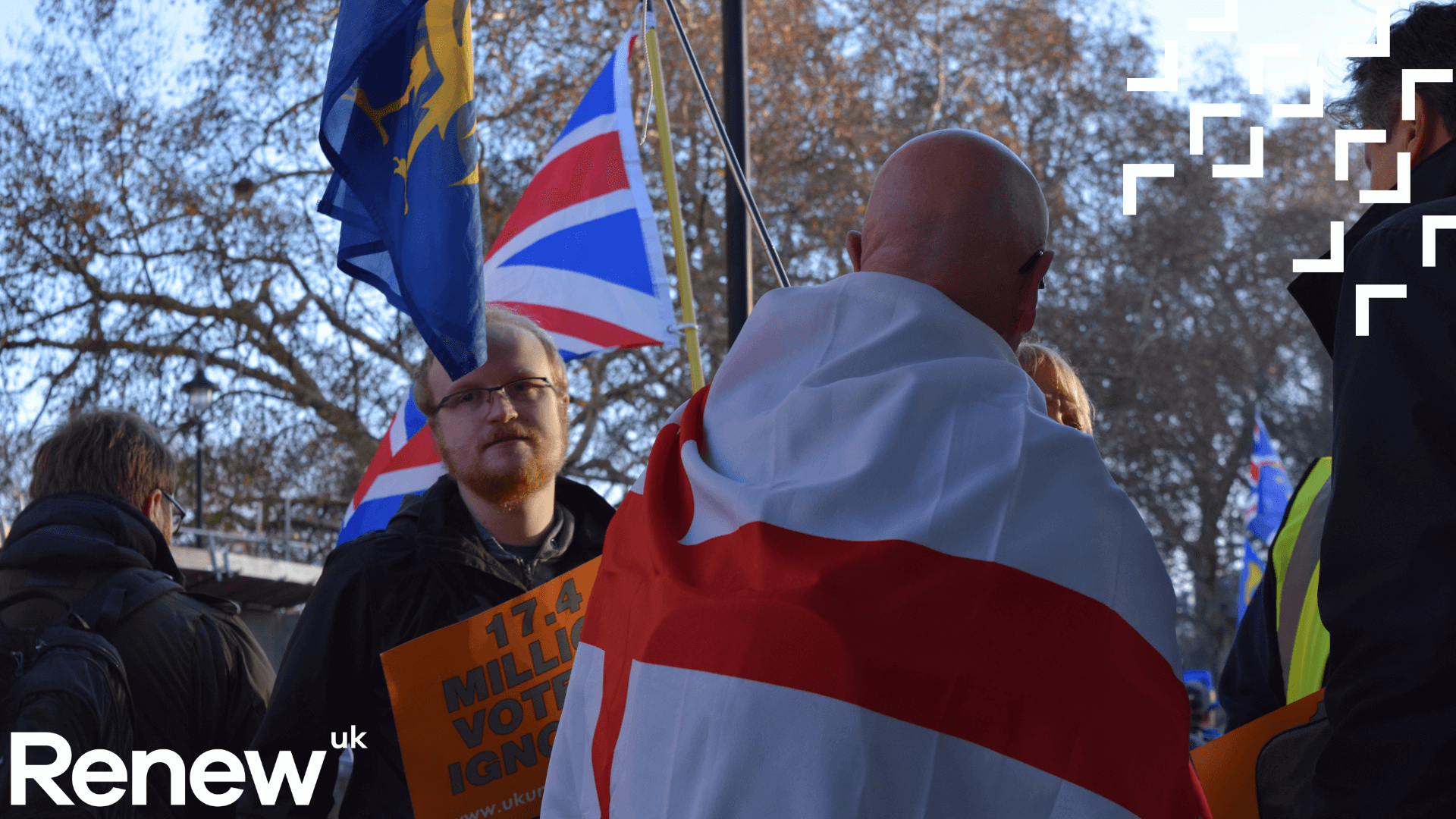 Reclaiming the flag: English Nationalism in the Age of Brexit

“I’m going on a march”, said an English Defence League supporter in 2011, “because I want Britain to be back British”.

In a YouTube clip of this moment, the flag of St George waves in the background. For years now, England’s banner has been associated with the far-right and football hooligans, but there are questions to be asked over whether that shouldn’t change.

Much has been made by journalist Fintan O’Toole and others of the impact of a resurgent English nationalism on the Brexit vote. If it’s true that an English national identity has asserted itself as a driver for Brexit at the expense of the Union, then it would be foolish to continue to box it in as the preserve of racists; there’s clearly a deeper appeal for it among millions of voters. As in Scotland and Wales, many English people seek a national identity in an age of blurred lines. Renew believes that there is no reason why that identity cannot be worn proudly when other British nationalities are given ample space in the wardrobe.

For us, the unacceptable face of English nationalism is that which seeks to divide our nation’s unique Union and rage against foreigners. That isn’t something we can get behind, and we know that the majority of English people are with us.

Yet the cry of England – voting unlike the Scottish and Northern Irish to Leave the European Union – can’t be ignored. The stigmatisation of English culture and history as a parody for racists is unfair. Just as the UK's smaller nations are encouraged to take pride in their heritage, so too should the English be able to celebrate a rich and varied history. There is nothing wrong with being a proud citizen of England – but we can’t let that supersede the integrity of the United Kingdom.

It is clear that there has been a sea-change in English opinions on the Union. Polls have suggested that Leave voters increasingly value Brexit over maintaining the Union with Northern Ireland. This is worrying, as it suggests the nationalist cry across England is drowning out the country’s wider interests, in which all four nations play an integral part. Renew disagrees with this position, and continues to back a United Kingdom within the boundaries of the European Union.

Now is the time to make the case that we are stronger together. But in doing so, we cannot ignore those who wish to maintain an identity within a peculiar union which has provided us with so much over the centuries