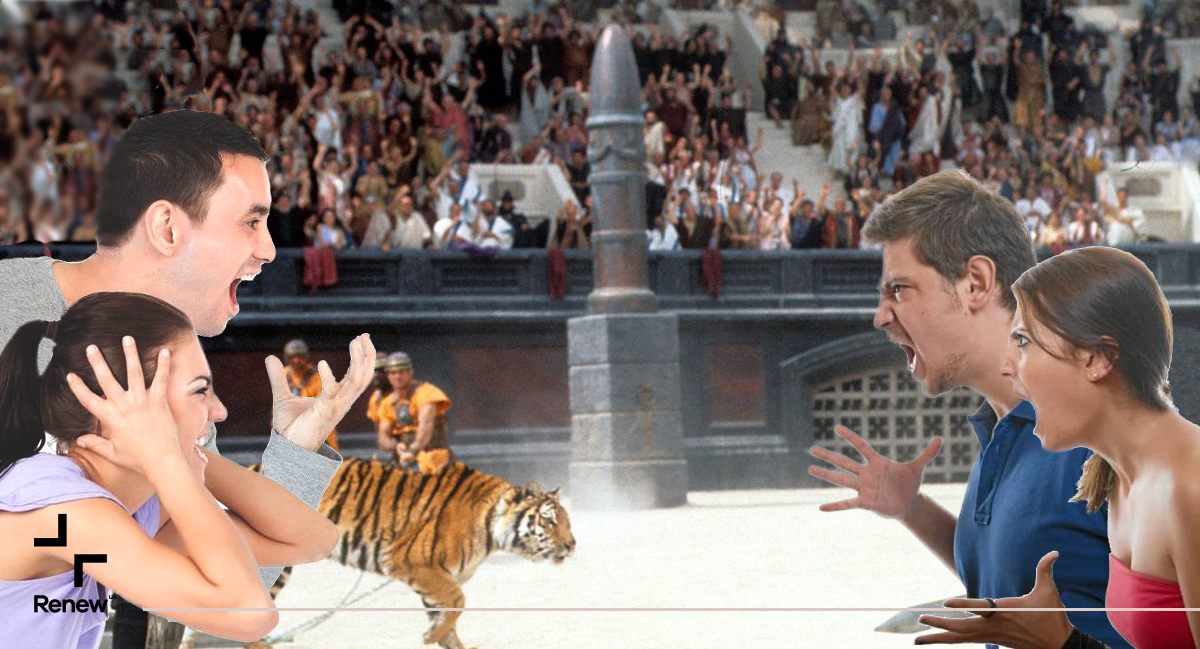 I Was an Audience Member on BBC Question Time. Here’s What Happened...

On Thursday, 25th April, Renew member Anne Howkins took her seat among the Question Time audience. Here's her take on the experience - and what it showed about the quality of political debate in our country.

When I arrived at the BBC studios for an episode of Question Time, I was hoping for grown-up debate, intelligent insights from the panel and some taxing questions from the audience. I had prepared two questions about the dark money being used by the far-right to fund secretive social media campaigns, and how the Remain parties might work together to secure votes in the upcoming EU elections.

Sadly, I was to be disappointed on all fronts. Neither of my questions was selected and the broadcast programme has been subject to a great deal of negative feedback. As a member of the audience, here is what I saw and heard on the night.

The first part of the evening was interesting but gave no indication of the furore that was to erupt. Fiona Bruce spoke to us all before we went into the auditorium. She was hoping for a lively evening and cautioned against shouting out or booing, neither of which would be picked up by the mics. When we went in, I ended up sitting underneath a camera – not ideal if you wish to get noticed once the discussions got going! There was about an hour of set-up and a test Q&A session with audience members sitting on the panel which prompted an exchange of views on childhood obesity. At this point, it became clear where the agitators/Brexiteers in the audience were sitting. Unfortunately, three of them were on the back row, directly behind me.

Once the panel had been installed, there was a test debate to check the setup for recording. This was one of the questions put forward by the audience and was about buses, something Nottingham can count as a local success story. Then everything was ready for recording, and the theme music played…

What followed was very uncomfortable, and did nothing to progress debate or inform the audience. Having watched the programme, and seen the feedback on social media, it did not make good television either.

Caroline Lucas, MP and Leader of the Green Party, had the loudest welcome from the audience. The first question was whether our politicians should be embarrassed that Greta Thunberg has had more impact on raising awareness about global warming than our they have. The discussions quickly became bad tempered, with John Rhys-Davies showing his rather distasteful views about population growth. He followed this with a diatribe about the destruction of democracy, feeding the Faragistas. His behaviour towards Caroline Lucas was totally unacceptable and should have been stopped by Fiona Bruce, who seemed very close to losing control of the situation.

Labour MP John Ashworth and Conservative MP Victoria Atkins prompted much booing and cat-calling. Victoria admitted to being a Remainer before the vote but said she was now firmly behind Brexit, again setting off booing and catcalling from the Leavers. Vince Cable MP played his part as senior statesman well, presenting a voice of reason alongside Caroline. He was diplomatic about their approach to Change UK - The Independent Group.

The whole thing felt like bear-baiting. John rose to each lure and played to his audience with misogynistic bullying behaviour towards Caroline. Fiona should have asked him to modify his behaviour, but it seemed as if she didn’t know how. Once the closing shots were completed and recording finished her words were: “bloody hell”. Her description of the session as “lively” was an understatement. If Question Time continues in this vein, I think they need to find a chair with more presence.

The Leavers/Trump fans/climate change deniers in the audience were determined to make their point with lots of shouting and booing (despite earlier instructions). The BBC is coming under much criticism at present, with considerable airtime devoted to Mr Farage and his buddies. Giving an audience to personalities such as John Rhys-Davies with his overtly racist opinions and Malthusian views support this criticism. In common with many Brexiteers, the ‘facts’ he quoted were not true.

So, what did I take away?

Neither the Labour or Conservative MP were able to do anything but weakly follow the party line, showing just how damaged their parties are. Caroline Lucas did a good job in trying circumstances and got some good exposure for the Greens. Vince Cable was… well, Vince Cable.

Extreme Brexiteers know they are right. I understood this already, but it was a good display of their unwillingness to engage in reasonable debate, but just to shout everyone else down.

The BBC is not providing a fair platform. Again, I knew this, but it was an apt demonstration of their editorial misjudgment. Are they going for spectacle over reason?

And finally, we have to find a way for public debate to be more reasonable, to make aggressive and bullying behaviour unacceptable, to find common ground and work forward with a united purpose.