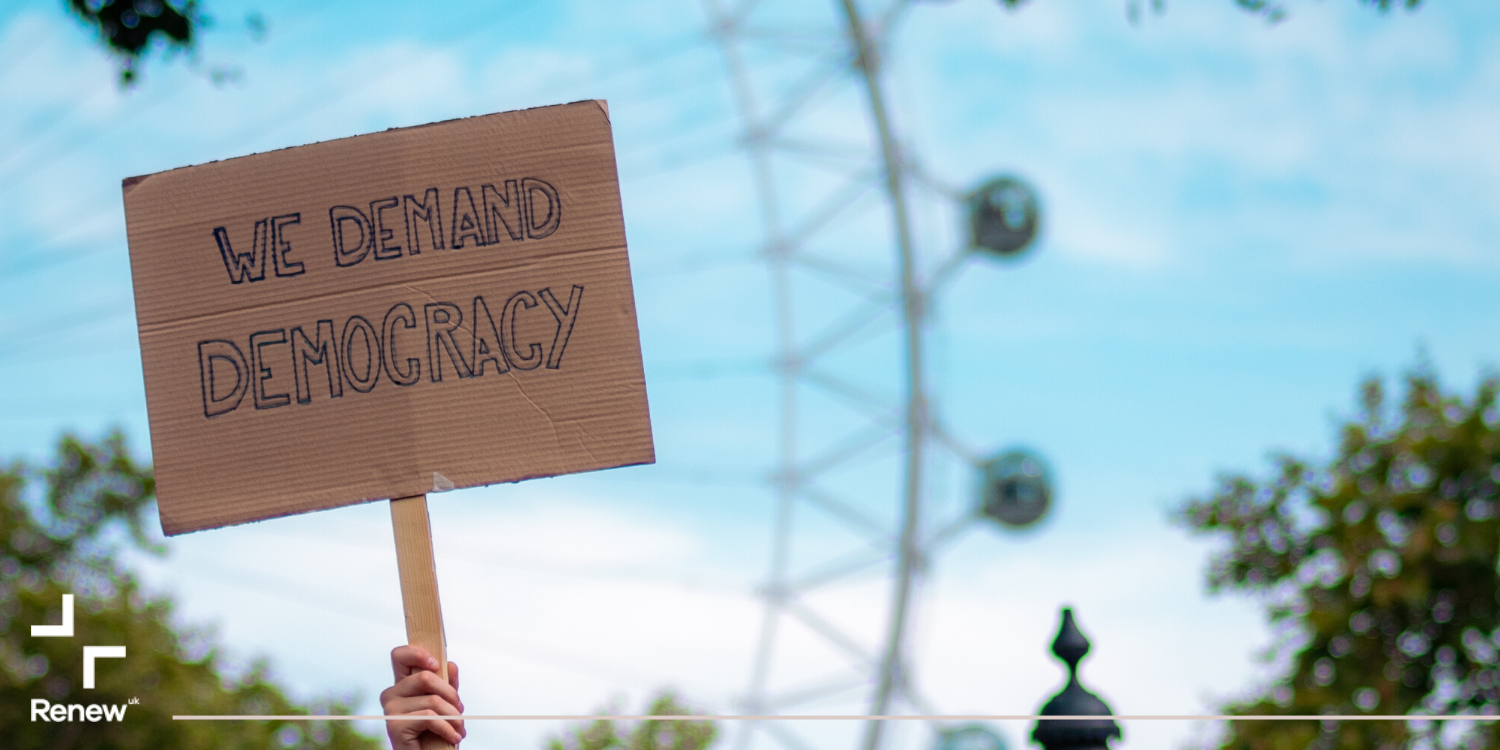 Proportional representation is a good starting point for democratic reform, but we can’t stop there

There are many exciting models that can help fix our broken democracy, writes Henry Bettley, and proportional representation is just one of them.

Not since 1931, when in the wake of the Great Depression Baldwin’s Conservatives romped home with 55% of the popular vote, has a party managed to command a majority of the popular vote at a UK general election. Yet in 18 of the subsequent 21 elections, we have seen majority governments returned. Blair’s 1997 landslide was the largest of these, winning 63% of seats on just 43% of the vote. And most recently, we have seen Boris Johnson’s victory handing him a majority of 80 but with a minority, 44%, of the votes. What we are seeing here is not the “tyranny of the majority” that John Stuart Mill warned against, but rather tyranny of the minority. As I write, a party with the support of the minority of the electorate is being given near-complete power to set the agenda in the House of Commons and can ensure that their legislation will withstand even large-scale rebellions from their own party.

Clamours to do away with first-past-the-post (FPTP) and replace it with a more proportional system have recently grown, but the debate is not new. Between 1917 and 1931, a shift to the single transferable vote or the alternative vote (AV) was debated several times in the Commons, but was never adopted. More recently in 2011, the British public were offered a departure from FPTP in favour of AV. Voters could rank their preferences, with second, third, fourth and so on choices being taken into account until any one candidate gained an outright majority. However, even the leader of the campaign for AV, Nick Clegg, had described the mechanism as a “miserable little compromise”, as it was not truly a proportional system. Needless to say, it was resoundingly rejected at the ballot box.

But now there is a new wave of supporters for real, proportional electoral reforms, vocalised through groups such as the Electoral Reform Society and relative newcomers Make Votes Matter. They have gained support from most parties from across the spectrum, with the exception of Labour and the Conservatives. This can be seen as acute gerrymandering, cartel politics at its finest. There is a growing movement within the Labour party to overturn FPTP, but there are suspicions that the hardline left-wing elements of the party feel that to implement rapid and seismic change, they would need an outright majority that could only be delivered by FPTP.

Changing the voting system would instil the most fundamental constitutional change to our political system since universal suffrage was granted in 1928. Proponents claim that it would reconnect the millions who feel disenfranchised back to the political system. It would certainly be fairer, and we would see an end to majority governments, instead seeing the rule by consensus that has come to characterise the Nordic states amongst others.

But the case for democratic reform does not stop with the voting system, although this is the largest possible upheaval, why stop here? Proportional representation is still a manifestation of representative, rather than direct, democracy. Attempts to assimilate aspects of direct democracy into our political system has so far been via the blunt instrument of referendums, with their associated ambiguities. There are lots of ideas that have the potential to give serious democratic power on a local and national level, harnessing the power of communities and online platforms.

One of the most exciting models that has been applied is participatory budgeting. It was trialled in Porto Allegre, Brazil, between 1989 and 2004. Citizens were given complete control over the allocation of the local budget for the city, and some 50,000 of them participated in the process. In a region that had been racked by mafia and cartel control, resources were diverted towards health, sanitation and education - areas that needed support the most. And with no parties seeking quick returns in pursuit of reelection, policies became less short-sighted.

Citizens’ assemblies have also burst their way into headlines, in no small part due to their support from climate activist group Extinction Rebellion. The model, under which a representative cross section of the public based on geography, age, gender, race, income, class among other factors is then informed by a balanced panel of experts before making policy recommendations, is not new. In fact, it was used in the UK in 2018 in an enquiry on Social Care, but its possible applications are broad. Rory Stewart advocated its use to break the Brexit deadlock, due to its ability to provide an independent analysis that also takes into account representative viewpoints. Few other tools have that power. It remains to be seen whether people would ever believe in the legitimacy of a citizens' assembly, but they tend to provide recommendations rather than legislation. And they can be used to breach divisive topics, such as the issue of abortion in Ireland. There, it had an ability to remove partisan entrenchment, instead instilling a sense of rational and independent debate.

And in an increasingly interconnected age of the internet, politics and democracy have been slow to react. Whilst e-petitions have been popular for campaigners, their leverage is limited. The petition to revoke Article 50, for example, which gained over 6m signatures, was only debated in the Westminster Hall chamber rather than being given time in the Commons. The problem with e-petitions is that, unless they gain the support of over half of the population, there is an open question as to their real popularity - they only tell one half of the story. Far better is the example set by the Better Reykjavik forum (which is not unlike Renew's Digital Democracy platform). Citizens make suggestions on the online platform, where citizens can up- and down-vote each proposal and leave comments. The most popular are passed on to the local council for their consideration. It is used by over 56% of the city’s population and as of 2017, $2.2m had been spent developing over 200 citizen-generated proposals.

There are hundreds of models like these, some of which may hold the answers to the problems we face. As we seek to fix our broken political system, eliminate the democratic deficit and bring people back into the decision-making process, we need to be ambitious. Proportional representation is a step in the right direction, but it is only the start of a long journey towards real empowerment for people and communities.