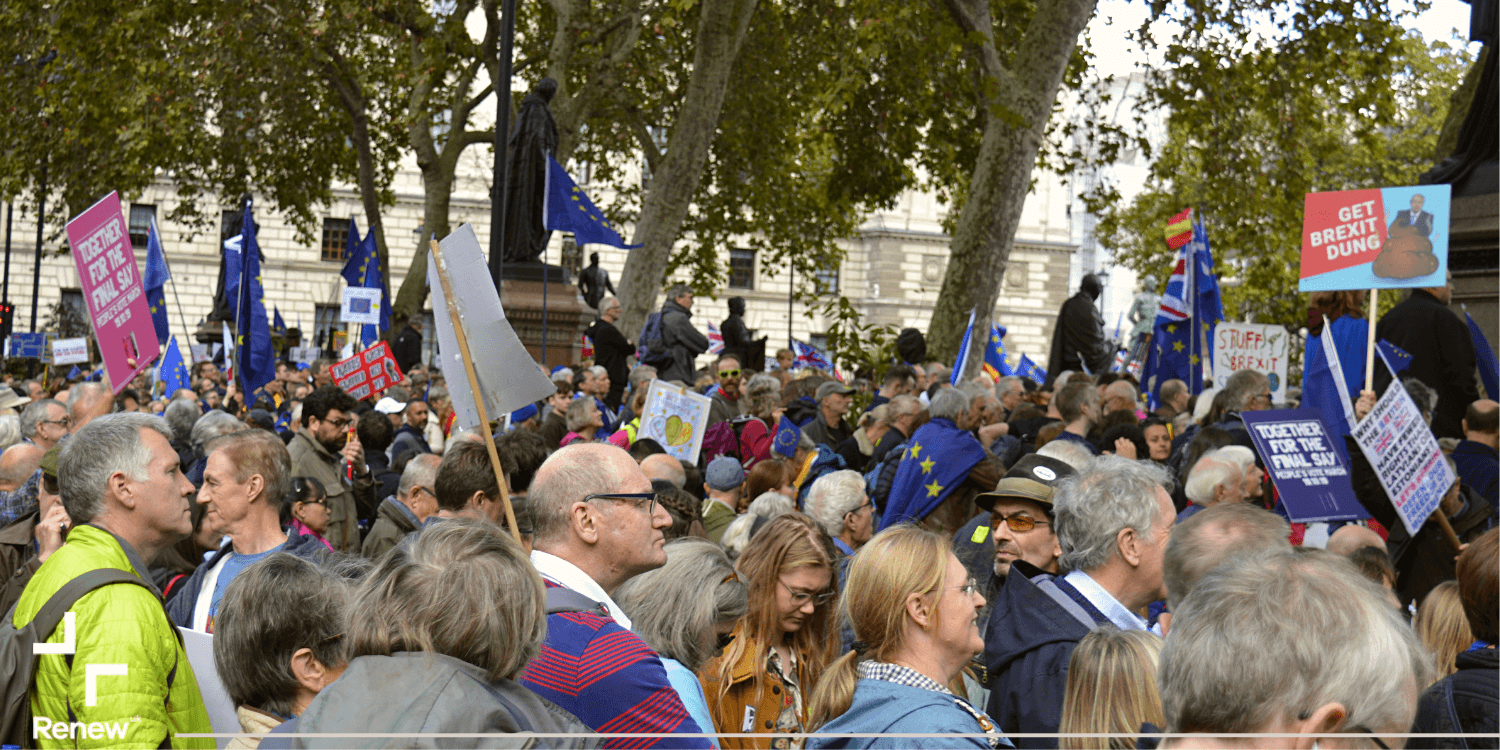 Out and About: Renew at the People's Vote March

According to popular wisdom, voter turnout is decreased when it rains. It seems that we can only moan about the weather so much before it starts affecting our politics. So thank the heavens, then, that Saturday morning was crisp and bright, the first morning that wasn’t overcast and grey in several weeks. Coincidence, metaphor or divine intervention - the ground was set for a good day out.

Renew were out in force alongside hundreds of thousands of people (up to a million, according to some sources). We came across people from all walks of life - young, old, European nationals, working class activists, even a group of (possibly lost) Young Conservatives; the makeup of the march reflected London’s place as a diverse, open city. Pitching up in Parliament Square, Renew garnered a lot of attention and interest from passers-by, but we were just one aspect of a larger cause. We were just one part of one of the largest single gatherings of people in British political history. 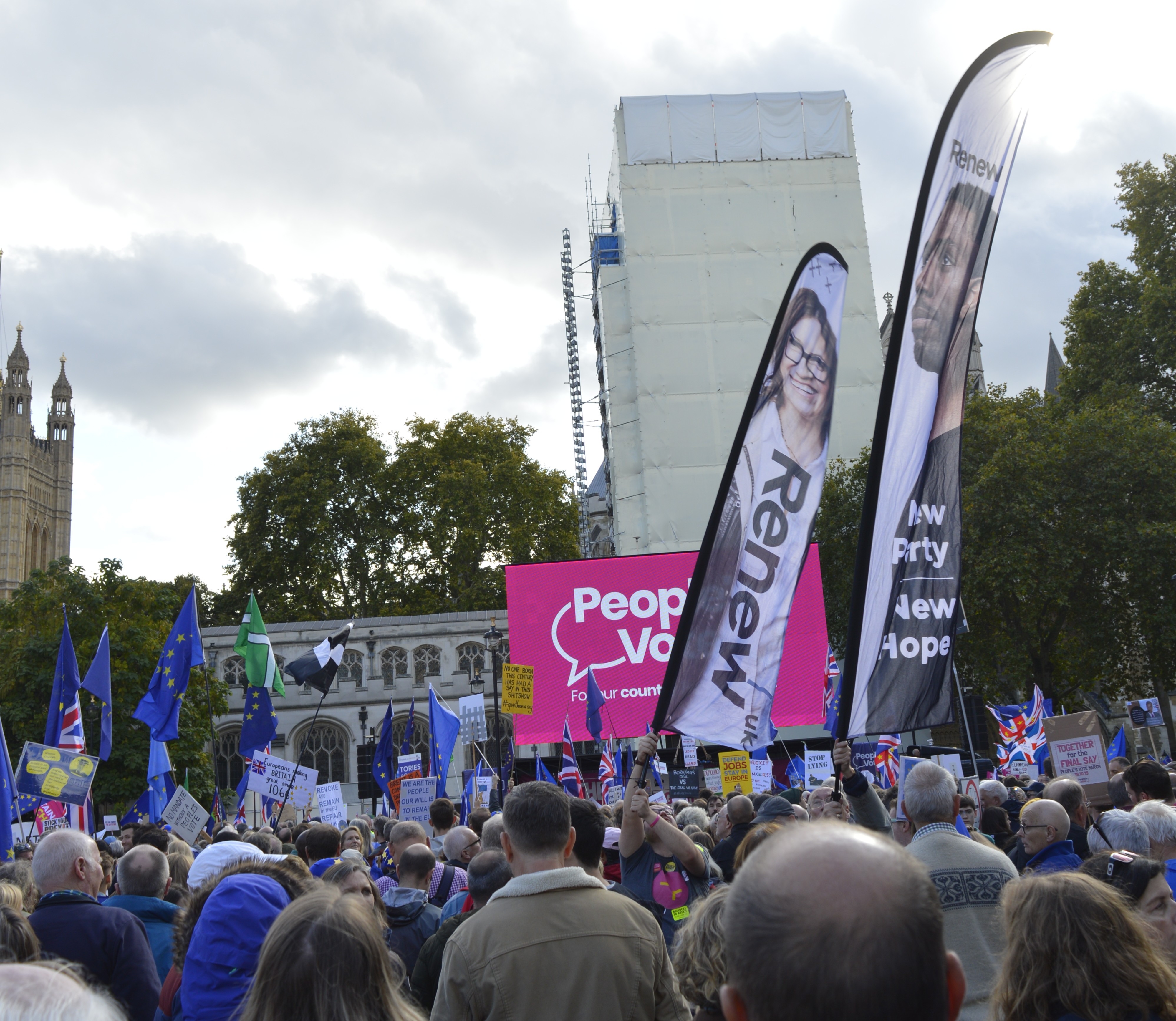 Flying the flag for Renew in Parliament Square

There was a slightly tense atmosphere at points, contrasted with the event in March which felt at times more like a carnival than a protest. There was a palpable feeling in the air that this might be the last chance people had to apply pressure on the government, and let opposition and rebel MPs know that there really is support for another referendum. The announcement of the Letwin Amendment’s passing alleviated this pressure somewhat, as it seems that the ‘do or die’ narrative of the government will be forced aside in favour of further delay.

Despite the pressure and anxiety of the current political crisis, especially considering how much so many present had at stake, the march maintained a strongly positive outlook, celebrating the politics of friendship and solidarity. That said, perhaps too much of the narrative of the speeches and placards focused on pro-European sentiment rather than looking to the wider principles. A People’s Vote isn’t just a device set up to overturn the result of the first referendum, but rather answers to principles of democracy, of giving people the choice over their future - which shouldn’t have to follow remain/leave allegiances.

The next few days are crucial not just for the People’s Vote campaign itself, but for the future of the country and our relationship with the EU. It may be that there is no second referendum, but even Johnson’s deal (if it passes) is just a Withdrawal Agreement. It does not dictate the terms on which we interact with Europe and the world going forwards - that is another battle entirely. Saturday’s march showed that the appetite for pro-Europeanism and a return to inclusive, honest and progressive politics is alive and kicking. In the coming days, weeks, months and years, that appetite will be crucial to the progressive cause.