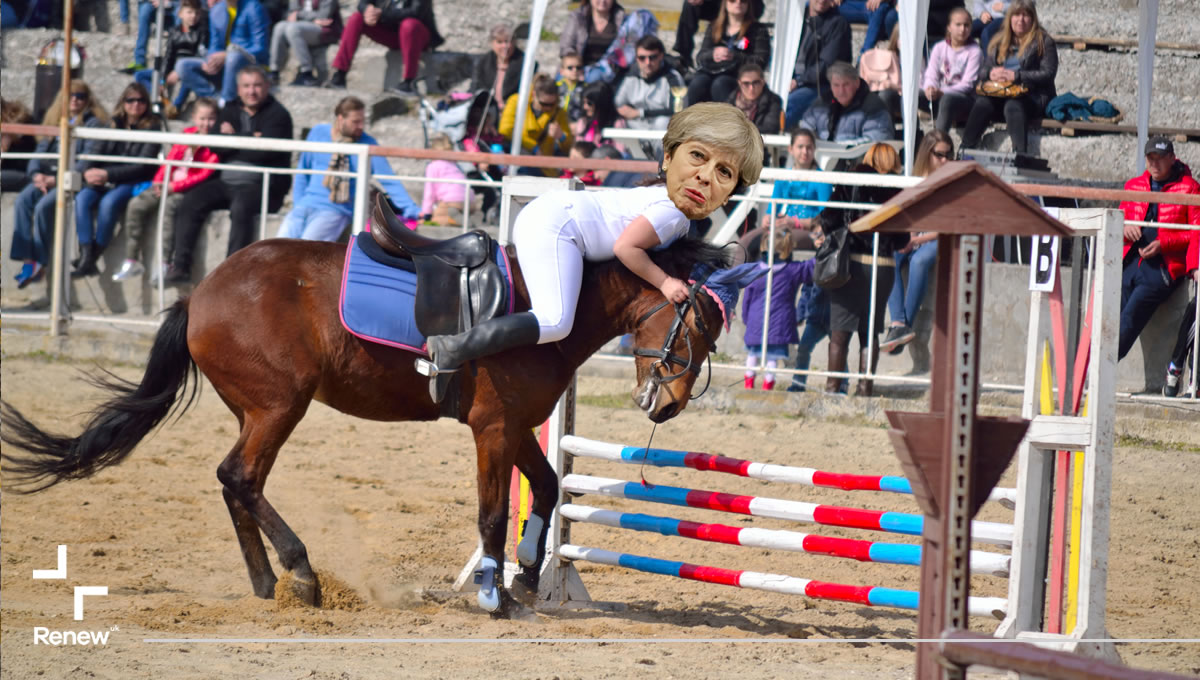 Theresa May Doesn’t Want You To Vote. We Must Force Her Hand.

In this opinion piece, Renew supporter Paul Gerken examines why Theresa May is scared of a People's Vote on Brexit.

A People’s Vote on the Brexit deal is still a longer shot than people think. Although the course of Brexit changes (dramatically) daily, May knows one thing for certain – a People’s Vote on her deal will destroy her and the Tories and they will do everything they can to avoid it.

To listen to the Tories is to believe they have a utilitarian connection with democracy. The argument is that we had one vote, and this vote must – above all signs pointing to national humiliation and economic destruction – be honoured. If we don’t honour it, we undermine the ‘Will of the People’, democratic faith will crumble and there will be riots on the streets (“Project Fear”, anyone?)

The fact that we find ourselves in a situation where the only way to ‘protect’ democracy is to refuse another vote should make us suspect that other motivations are in play.

So what is the reality?

Forget the notion that May cares about the democratic ‘Will of the People’. She cares only about the survival of the Tories.

Let’s look at what a People’s Vote would mean for the Tories.

Firstly, May knows her deal stinks and the public hate it. If her deal was polling above 50%, do you think she would have a problem taking it to the nation for their approval? Would she look at sky-high ratings and then refuse public ratification? Of course not - look at how she was seduced by a general election when her polling was through the roof.

But let’s say we were to begin a referendum campaign tomorrow, how could the Tories possibly sing from a unified hymn sheet? Half of her own party has voted down her deal in Parliament, so they couldn’t argue for it with any credibility. Tory divisions would be further exposed and the resulting infighting and arguing would push the boundaries of political discourse sanity, even against today’s already chaotic backdrop.

So, the deal wouldn’t get approval and it’s likely the country would choose to remain in the EU from the options provided. The fallout would inevitably mean the demise of May and the calling of a general election, but where do the Tories go from there? Outright civil war. UKIP candidates and voters have infiltrated the Tories since the Leave vote and they can only accept one way forward, which is continuing to push to leave the EU. However, the moderate and Europhile wing of the party can surely no longer accommodate them in the face of a public turning its back on this Brexit disaster. They will want to return quickly to reestablishing their image as the party of economic prudence and stability (long since crushed).

Inevitability, the Tories would split around the ERG led by Jacob Rees Mogg and a more moderate, centre-ground Tory party containing the likes of Hammond and Hunt. Whoever gets the leadership of the Tories next will decide whether the party can hold its ground in the centre or whether it will move permanently to the right, but the result will be a fatal fracturing of the party we see today. With their membership already dwindling, it could be the death knell for the modern Tory party, and both remnant parts of the Tories would be tarnished with the disaster they have caused over the past 3 years. After promising strength and stability, they brought the country to disorder and embarrassment like no government has ever managed before.

The Tories may like to embellish the notion of riots on the streets if we have another vote, but we don’t have each other to fear. I don’t believe the British people would riot over a fair election where the choice of our country was put in our hands, just like there was no rioting after the first referendum. They are, instead, playing the nastiest Project Fear game with us; convincing the people that the house will burn down, when in fact it will just be the Tories.

Join the People’s Vote March on the 23rd to show the government that you deserve to be heard.