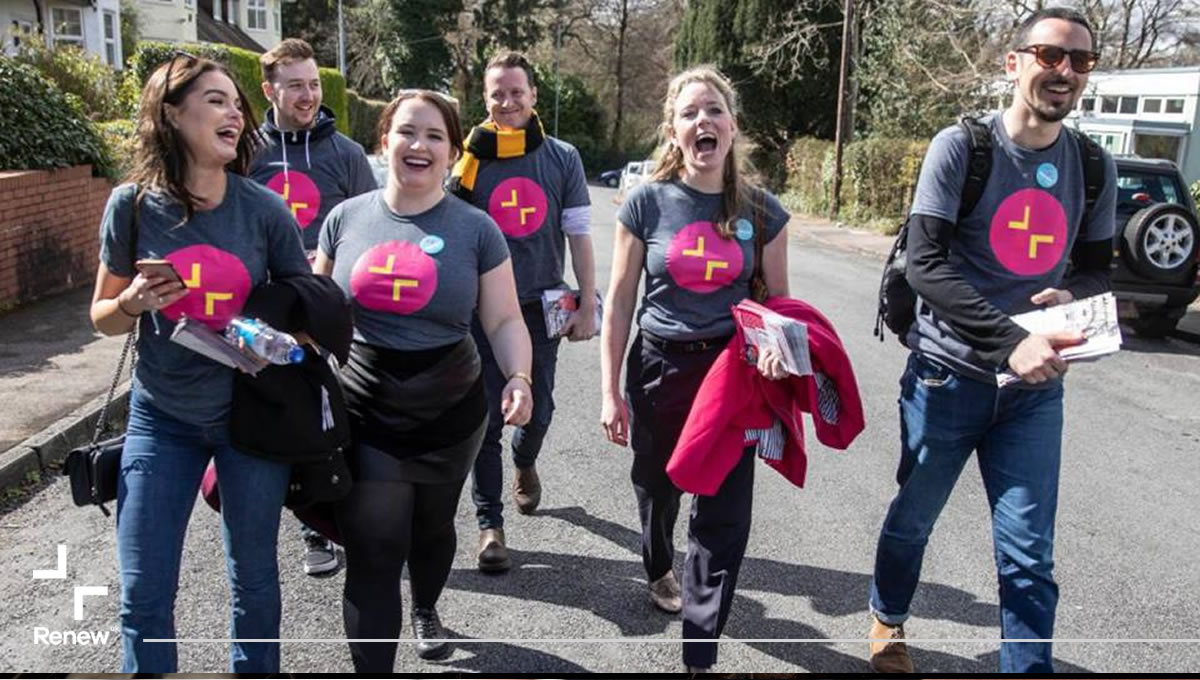 Friday, 5th April 2019:  On a cold Thursday night in Newport, the Renew Party took 3.7% of the popular vote in its first ever by-election. 879 people backed Renew candidate June Davies. 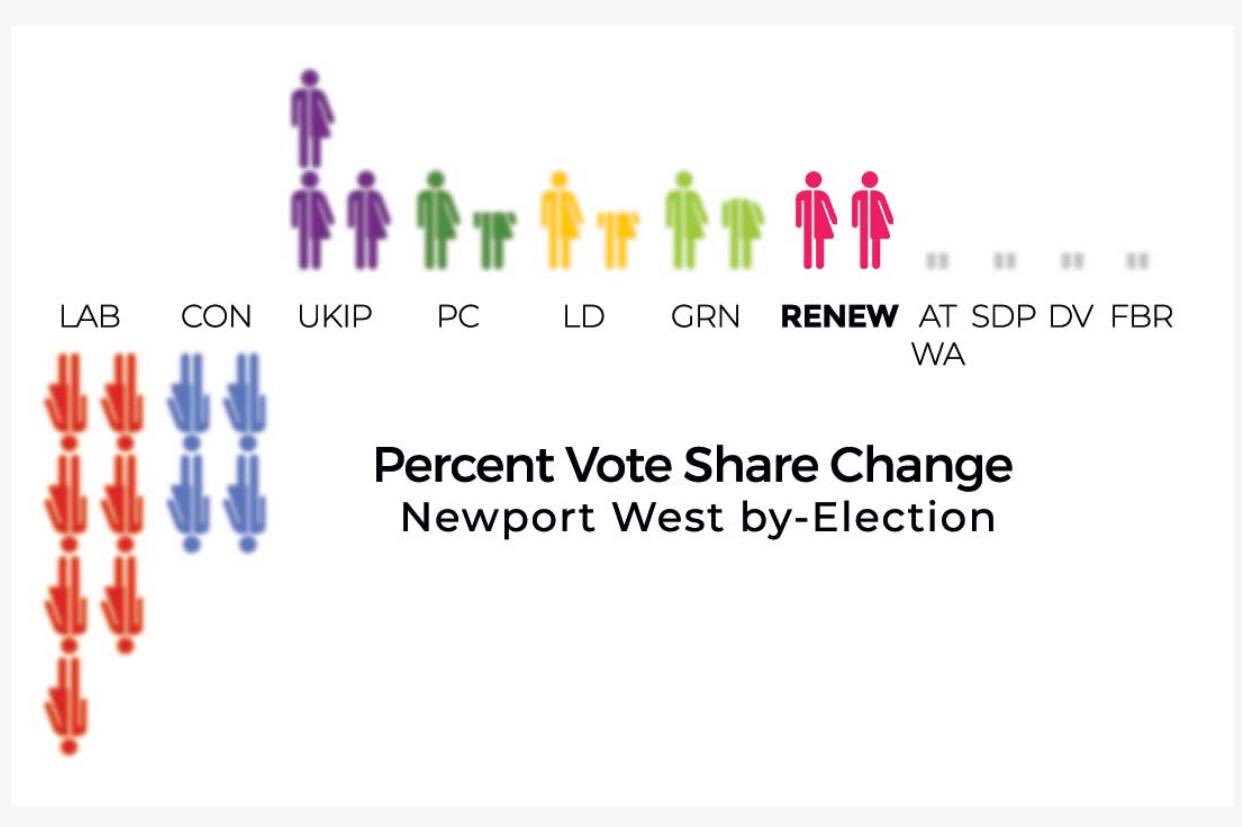 “Two horse races are boring, but last night was a grand national. I am so grateful to voters in Newport West who came out to support the UK’s most exciting new political party. It’s not easy to put faith in something new, but in these extraordinary times, it is clear that many people are ready to support a new, positive vehicle for change.

“The strong showing for Renew suggests that many want a voice, a vote and a veto on the issues that matter. That’s our right as citizens and Renew will continue to demand radical reform of the political system.

“The two main parties cannot rely on the automatic support of voters for much longer. Their incompetence and backwards mentalities are increasingly being abandoned by voters. It’s just a shame that our voting system doesn’t reward healthy competition.

“The results certainly suggest that we may need a political alliance of those who do not support a damaging Tory and Labour Brexit. We must be open and have this conversation if we are to provide an effective alternative under first-past-the-post.

“I would like to thank all the voters in Newport West for voting and those who backed Renew for daring to be different. We are now playing in the big league among parties that have been around for decades.

“Rest assured: this is only the beginning for us. Renew will continue to grow until we can build a positive and practical government for the people of this country.”

For more information about Renew’s inspirational campaign in Newport West and the party’s mission, please contact the press office today via email or phone James Dilley on 02032894160.