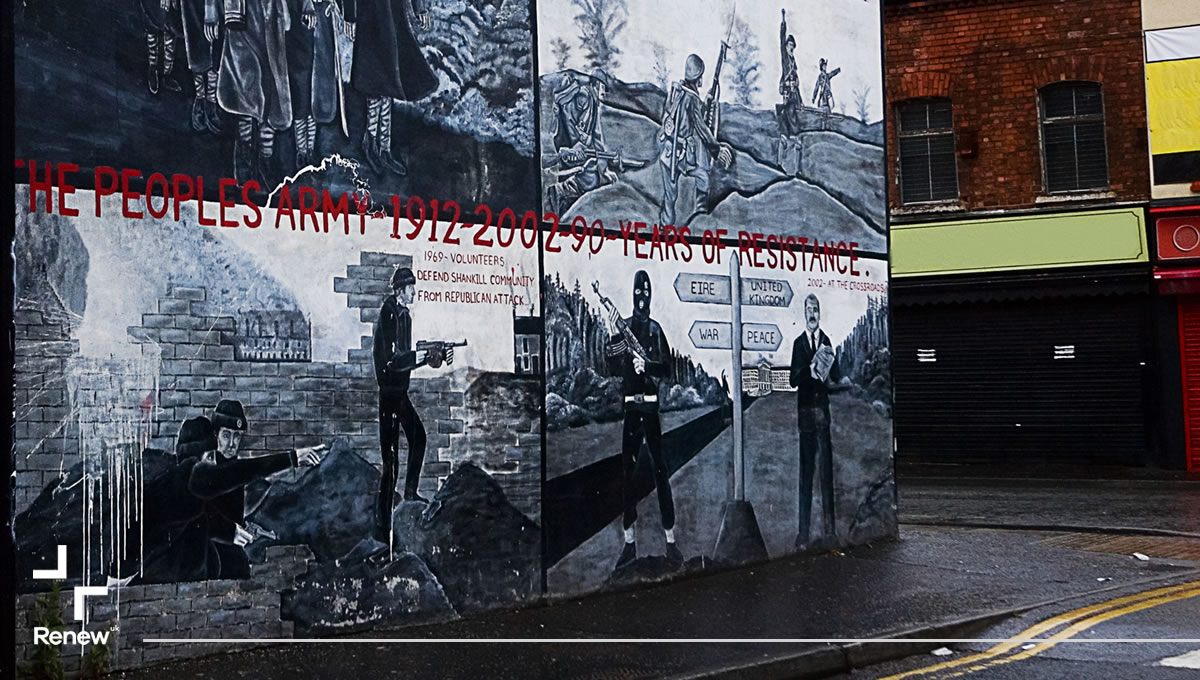 Brexit is an 'Opportunity' for New IRA

The New IRA, the fringe paramilitary organisation responsible for the death of journalist Lyra McKee, has described Brexit as an ‘opportunity’ for the group.

In an interview with the Sunday Times, the New IRA’s army council said that Brexit has been instrumental in helping to attract support. “Brexit has forced the IRA to refocus and has underlined how Ireland remains partitioned. It would be remiss of us not to capitalise on the opportunity. It’s put the border on the agenda again.”

McKee’s death on April 18th came only months after a large car bomb was detonated in the same town of Londonderry, which has also been blamed on the New IRA. While there have been escalating incidents of apparently isolated violence on the last five years, tensions have been mounting in the province due to Brexit-fuelled uncertainty over the border, and over Northern Ireland’s future relationship with the Republic. Brexit is the perfect excuse for a violent revival of a cause that still stirs Irish consciousness and identity to its core.

The New IRA is one of the few small militant groups that oppose the 1998 Good Friday Agreement, which brought peace to the region after almost three decades of violence.

Outbreaks of violence across Northern Ireland have increased pressure on Irish politicians to restore the devolved Northern Irish Assembly. It’s been over two years since Sinn Fein withdrew from its coalition agreement with the Democratic Unionist Party (DUP), leaving civil servants responsible the ‘zombified’ administration.

In the absence of alternative political voices, the radicalisation of young people in particular is becoming more and more pervasive, and dissident republican groups like the New IRA thrive in the political vacuum. Anecdotal evidence suggests that the New IRA have been recruiting young people for the last decade, enlisting them in military-style training in preparation for a resurgence. These are not only the poor and disenfranchised: university students are suspected to have been among the targeted recruits. In a statement, Irish Foreign Minister Simon Coveney said, “We are leaving far too much wide open space for other kinds of voices that don’t believe in democracy, that peddle hate and fear.”