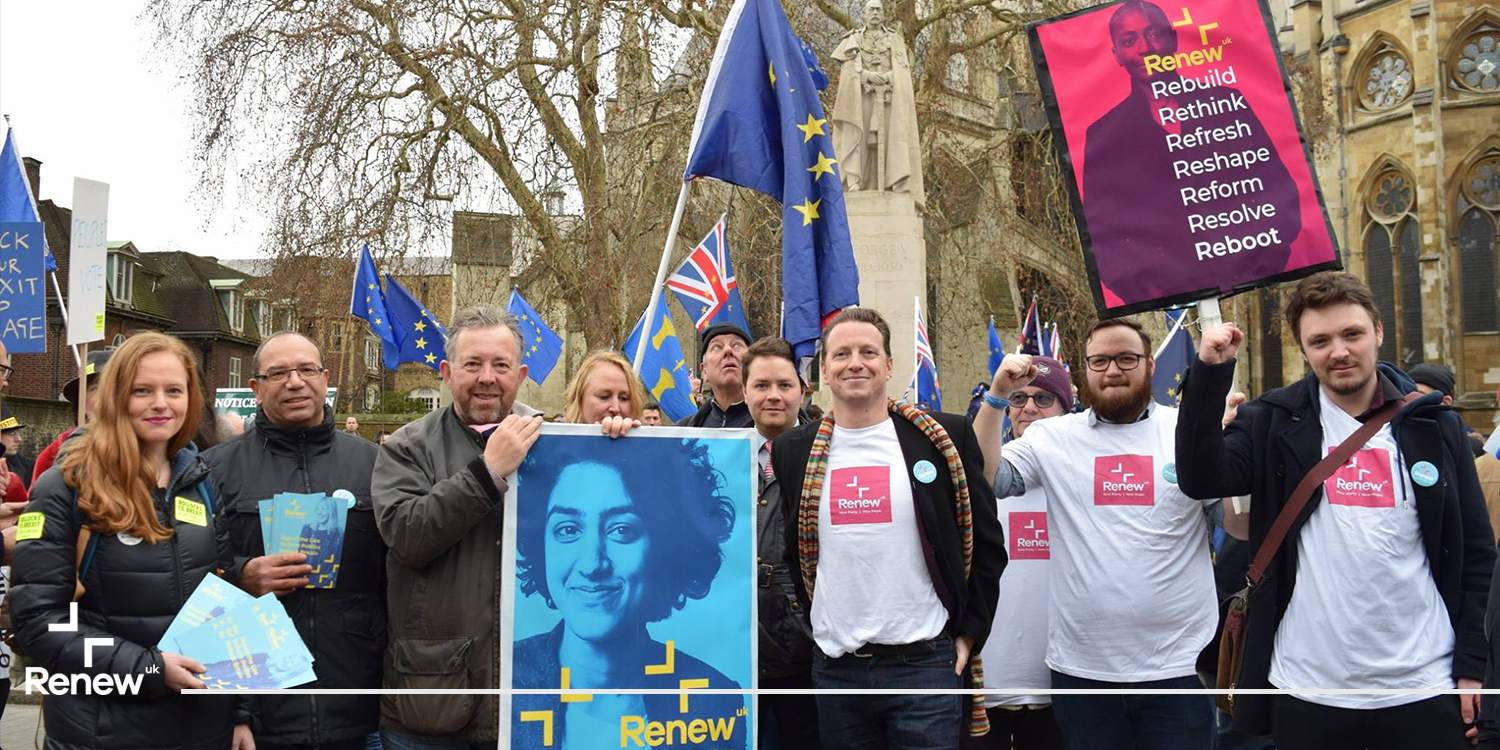 My Road to Becoming a Renew Member

Welcome to new member Dan Willis, who breaks down his journey to becoming part of Renew below.

My experiences with UK politics started only a few years ago. Before I was 21, the idea of politics – or even worse, getting involved with politics – was as far away in my mind as possible.

However, as a journalism student at The University of Salford, I began to be exposed to the ideas, philosophies and policies which governed the UK. What I have learned since that time is that, far from being a cold, long-distance relationship, politics and the individual have a strong connection, if you are willing to get involved

I have spent time previously with the Green Party and the Liberal Democrats, two parties I previously felt were the closest to my views ideologically. I went on anti-austerity marches and leafleted for remain during the EU referendum campaign, all while learning and understanding more about politics and its influence on my life.

In 2018, I stood in my first local election. I represented the Liberal Democrats in the ward of Clayton and Openshaw in Manchester, achieving 118 votes. I fell short of getting elected to the council but had found that, through hard work and connecting with local people, everyone has a chance of being a political representative and helping out their community.

Fast forward a year, I was standing again for the Liberal Democrats in the 2019 local elections, fighting for a seat in the Round Green ward of Luton. This time I only just came up short, losing the third seat on the council by less than 60 votes. While I knew that my interest in political representation was only growing stronger, I decided to leave the Liberal Democrats after the election to find a new political home. One more truly connected to my beliefs – enter Renew.

Finding a political party like Renew has not only given me a great opportunity to grow as an activist but has also provided a party I find most closely aligned to. One of, if not the key area of policy I am most interested in is localism – more specifically, truly devolved localism. I think the time has come for central government to finally understand that when it comes to local issues in wards and constituencies, the power must lie with the people who know their area best – i.e. local citizens and representatives.

To follow in Dan’s footsteps, become a Renew member today.