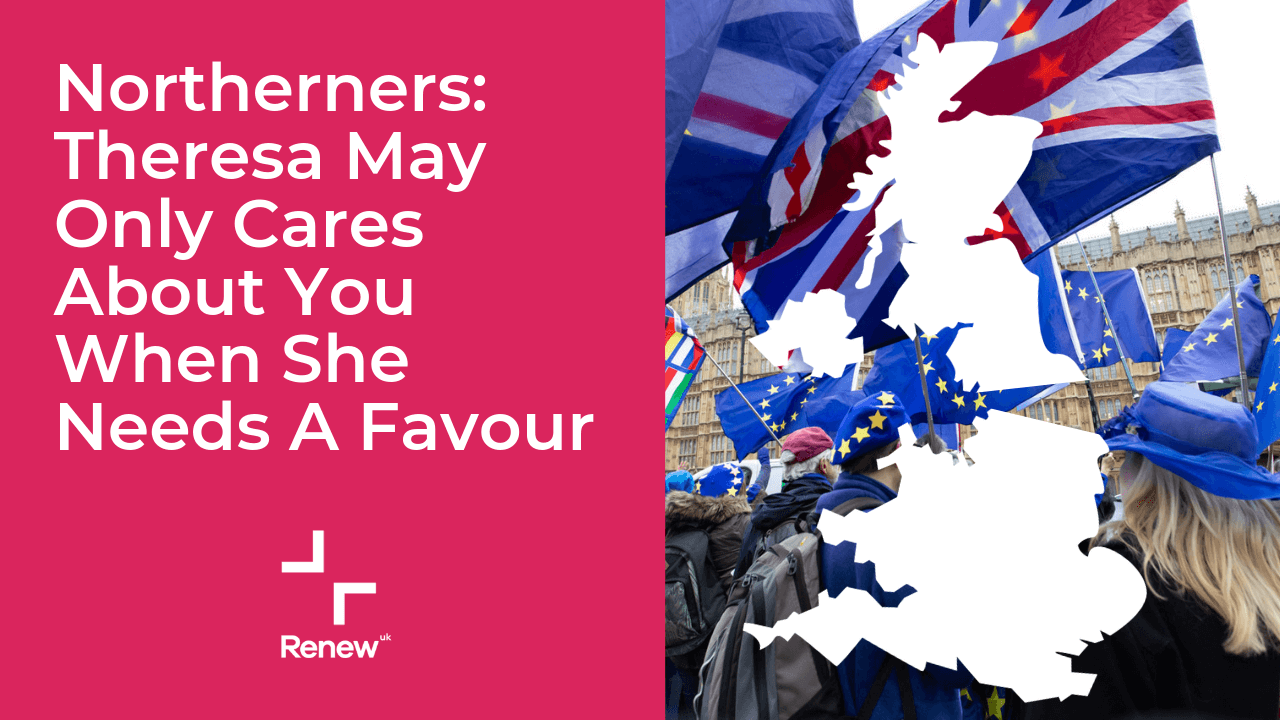 Northerners: Theresa May Only Cares About You When She Needs A Favour

Cash-strapped, investment-deprived Northern communities: yours is a common theme in any story of 21st-century Britain.

For decades, your towns that were once the industrial heartland of our country have been neglected by governments unwilling to consider your fate when planning infrastructure projects and agreeing on budgets.

Yet only now, when she desperately needs a favour to back her rubbish Brexit deal, does Conservative Prime Minister Theresa May propose extra cash for your areas. You may not have seen this, but she has recently sent a couple of her allies to try and woo Northern constituency-representing Labour MPs with offers of investment in exchange for them supporting her deal.

Grimsby, Crewe, Bolsover - that’s what you’ve been reduced to. Political footballs for a Prime Minister and a government that only sees you as a means to a depressing end.

Isn’t it about time your leaders thought about your fate at the beginning of their time in government rather than the end? Why does it take a constitutional crisis of epic proportions for ministers to even consider investing in your neighbourhoods, town centres and industries? Does any of this suggest that these establishment politicians are worthy of your votes?

Renew thinks that the United Kingdom is a sum of its many parts all across the country and should be governed with that in mind. That’s why creative investment to realise the potential of the Northern powerhouse comes first - not last - when we talk about transforming this land.

Just remember that the next time the Prime Minister toys with your futures solely to win a Parliamentary game.

Keep up to date with everything Renew.