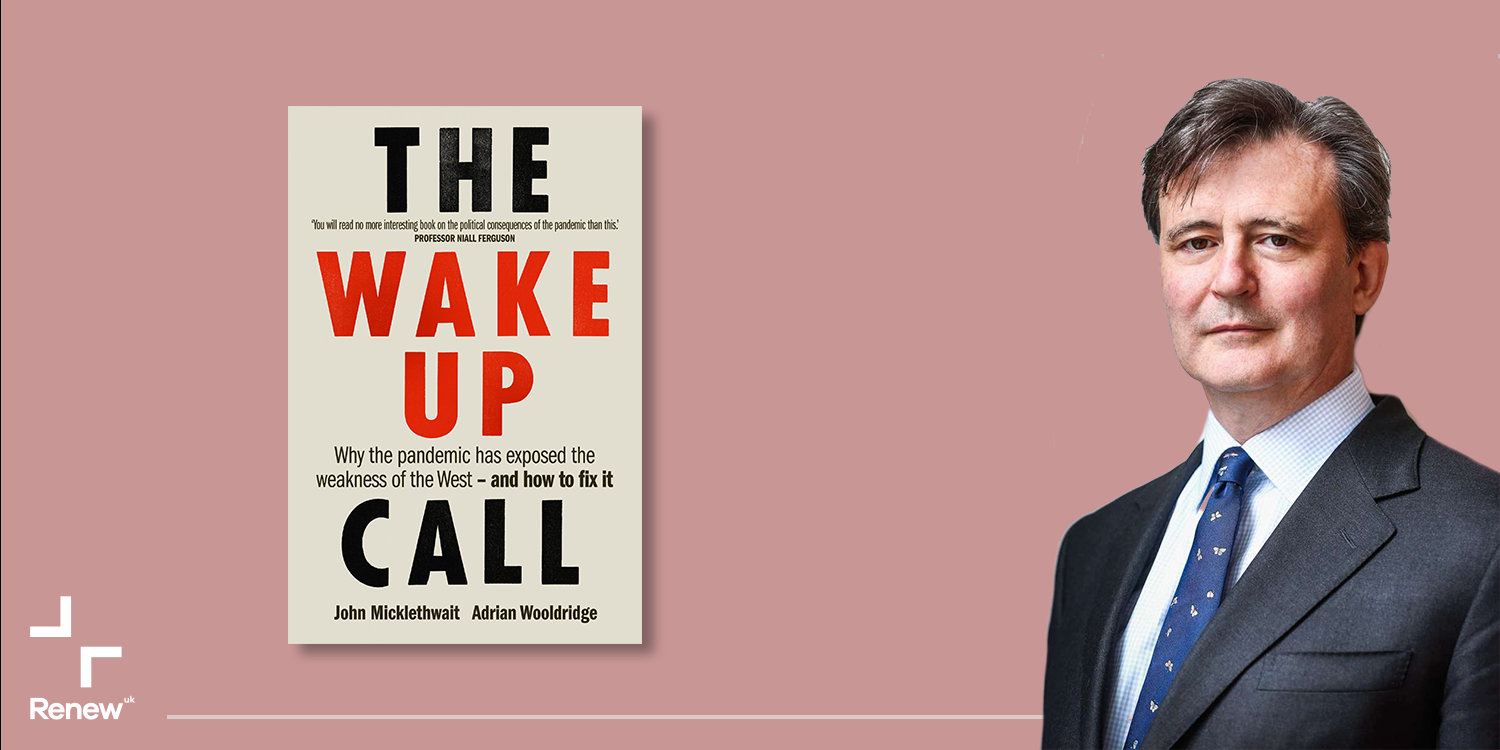 It’s time to act on this Wake-Up Call

You can’t say we haven’t been warned.  John Micklethwait, previously editor at The Economist and now Editor-in-Chief at Bloomberg News, and Adrian Wooldridge, the Bagehot columnist at The Economist, have written a new book: The Wake Up Call.  Why the pandemic has exposed the weakness of the West – and how to fix it.  For a very accessible overview and discussion of some of the implications, read this interview that John Micklethwait gave to Alain Elkann on 6 September.

In this latest offering, the authors pick up the challenge they outlined in a previous book – The Fourth Revolution.  The global race to reinvent the state (2015).  As veteran observers of the workings and politics of Western states they have long seen the cracks: a persistent lack of trust in politicians, an apparent inability to deliver real reform or large projects, and resignation among voters that they can effect change through the ballot box.  The Wake Up Call turns that polite exposition into an urgent shout.  They argue that respective reactions to the pandemic have shown up all too clearly how the West is now far behind the East in terms of efficiency and capacity.  And this is not at all an argument for centralised control and complete disregard for personal and property rights.  Quite the opposite.  Pointing out that efficiency, capability and capacity of states have very little indeed to do with levels of liberty guards against Western states seeking to use that excuse.

So what is the real reason for the West having fallen behind in this way?  Micklethwait and Wooldridge pull no punches in answering this: the West’s weakness stems ultimately from the people running Western states.  And this is certainly the case here in the UK.  The brightest now tend to avoid joining the civil service or government.  The UK state has taken on more and more over the past 70 years but has not kept pace with technological progress.  So the state is overloaded and is not drawing on creators and innovators to help improve efficiency, capacity and capability.

At Renew we would go further than examining the quality of the people running the UK.  Behind that, and the issue we are setting out to tackle, is the political culture in the UK.  We get the people we get in government because of the way our political system works.  Patronage and top-down, centrally-driven parties create toxic environments for anyone wanting to offer themselves up for public service as an MP or in government.  And the treatment of the civil service by politicians is enough to put anyone off joining, before you mention the pay.  (As an ex-civil servant myself, I feel pretty sure that many still serving endorse this infamous Tweet.)

So fixing the UK state requires fixing our political culture first: opening our politics up, changing where power lies and who controls it – giving it back to voters and even to the MPs themselves – and making every vote count.  If we are successful in this we will be well placed to reinvent the wider apparatus of government and turn our attention to working with people to deliver what they need where and when they need it.

We have heard The Wake Up Call loud and clear and we are already taking steps to respond.  Will you join us?