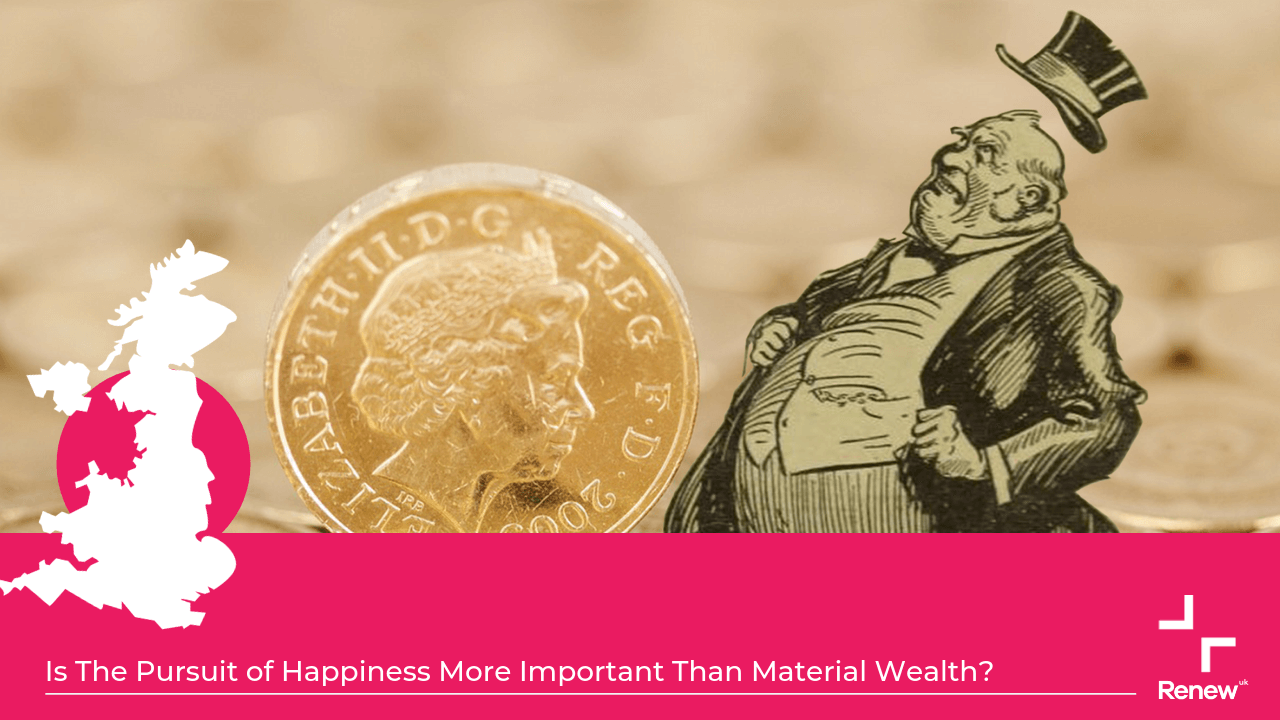 Is The Pursuit of Happiness More Important Than Material Wealth?

In this opinion piece, James Dilley explores whether there is more to life than Gross Domestic Product (GDP).

Gross Domestic Product (GDP) is everywhere. It’s a metric used to decide how well a nation’s economy is doing. Put simply, if it’s going up, then the economy is growing; if it is going down, then it is shrinking.

Judging by news headlines, GDP is what matters. If it drops or rises in the UK, the journalists who write about it seem to think the news should deeply affect your mood.

But when was the last time you looked at your country’s GDP and thought - ‘Wow, now I know how well the UK is really doing.’

Sure - for some people, the game makes sense. For example, both Brexit and Remain supporters have used GDP to convince people of their cause. In the run up to the 2016 referendum, the Remain campaign often argued that GDP would drop in the event of Brexit, {making it something we should avoid}. Meanwhile, the Leave campaign sometimes claimed that GDP would rise upon leaving the European Union, dubiously suggesting that the UK would prosper when freed from the European bogeyman.

Whoever ends up being right, we should think about whether our long-term goals can simply be based on GDP percentages. Doesn’t a society’s success depend on more than this?

It’s true that higher GDP generally means overall increases in material wealth. More cars. More houses. More holidays. But for many, this doesn’t really mean much at all.

Sure, we’d notice if it dropped by three or four percent. For some of us, our material possessions might decrease. We might have to sell the cars we bought during the good times. Eating habits might be affected. But even then, we wouldn’t starve.

It is likely that the majority of people in the UK care about more than just GDP. Of course, incremental rises over time can certainly be felt between generations, but even then there is no guarantee that an increase in material comfort will allow populations around the world to truly flourish.

For example, is China’s incredible economic growth over the past four decades worth anything if it destroys its air quality and environment? Affording a new car doesn’t mean much if it helps to give you a respiratory illness that you die from at the age of 50. Powering your new home is useless if the climate change it causes makes that home uninhabitable.

What’s more, obsession with GDP can arguably create societies in which humans are seen as economic units of production rather than people. Instead of viewing citizens as individuals with feelings, desires and social needs, governments are sometimes reduced to seeing them as machines for growth. That perspective can make people nihilistic, depressed and, in many cases, overworked.

Recognising some of these things, the fourth Dragon King of Bhutan suggested his people try something different way back in 1972.

He proposed that personal wellbeing take precedence over material growth when judging whether or not a society is wealthy. GDP wouldn’t be ignored completely - it would just be supplemented with something else. For Bhutan, this was a good way of allowing the country to modernise while remaining centred on traditional Buddhist values of virtue, good conduct and enlightenment - all of which are based on an understanding of humanity’s connection to natural ecosystems.

In recent decades, Bhutan has taken the principle of Gross National Happiness (GNH) and applied it as a measurement of non-monetary wealth - with some success. In recent years, Bhutan has been consistently ranked the happiest country in Asia.

Of course, the United Kingdom is not a small, Buddhist nation. We have our own history and particular cultural habits that we can’t just erase. Yet surely there is something to be learnt from Bhutan’s approach - especially at a time when us Brits are becoming more and more aware of our unsustainable relationship with the environment and the health risks associated with industrialised lifestyles.

But beyond Britain, what becomes of the planet if everyone forgets the things that economic growth cannot always protect? What happens to the oceans if we forget their plight when we shop? What becomes of the atmosphere if we keep burning the fuels that fill it with carbon dioxide?

These are the defining questions of the 21st century. How do you think we should answer them?