Interview - From the other side

In a new feature, this week we will be looking at the human side of international politics.

This week we speak to a Brit living in Holland, and a Nederlander living in the UK. 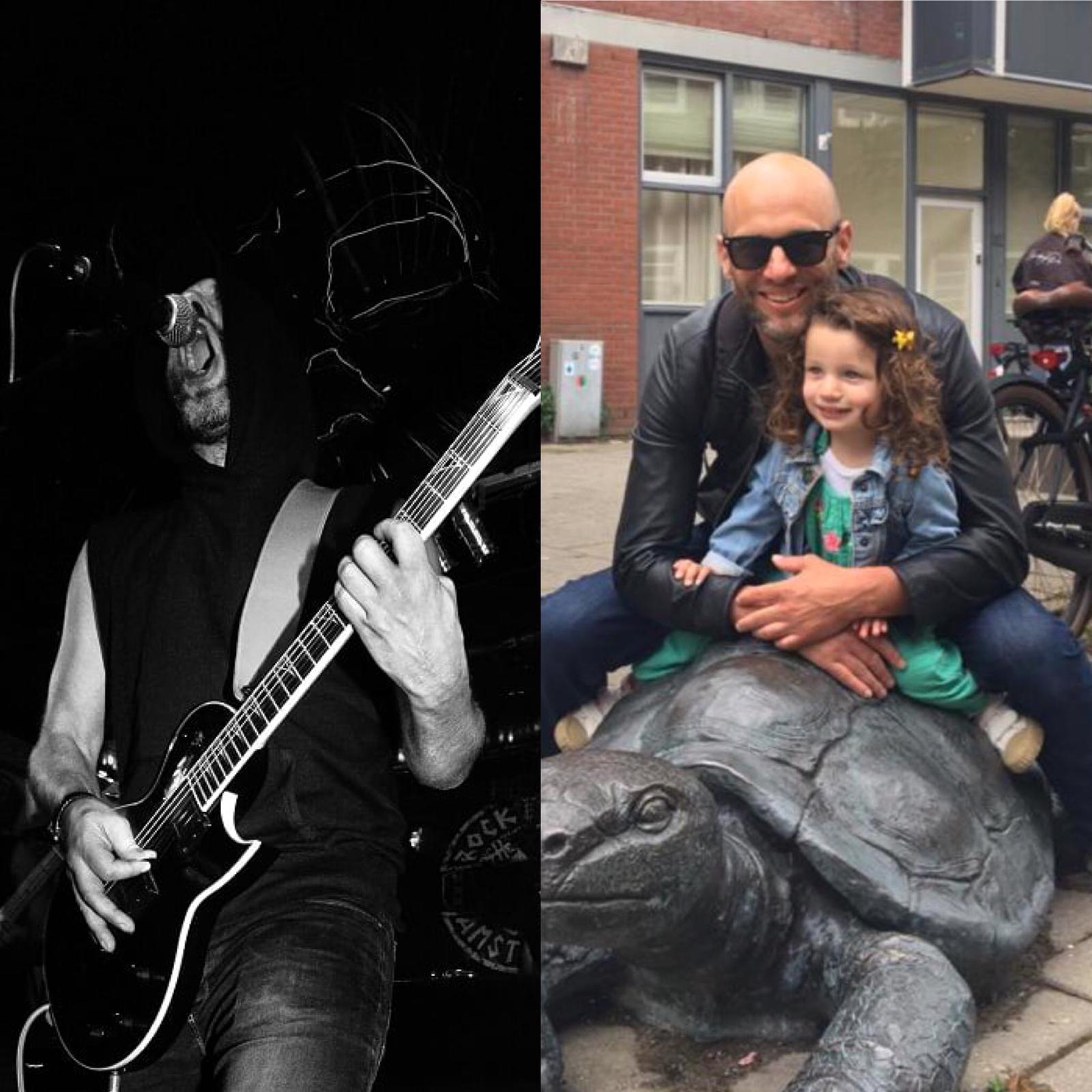 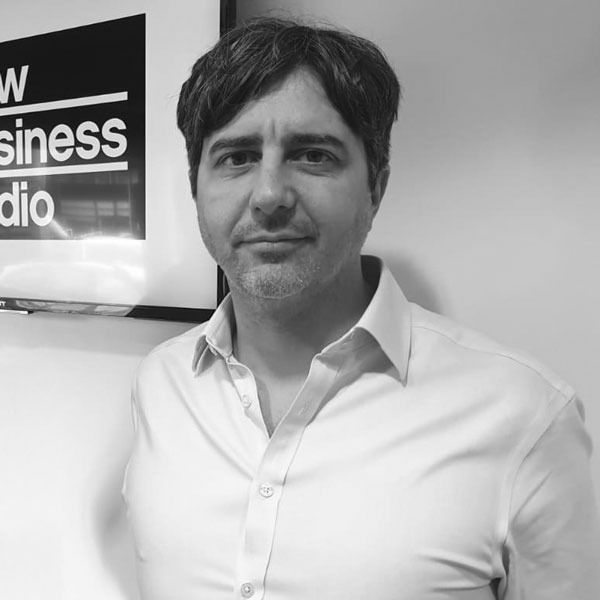 1) When did you settle in the Netherlands/UK, why, and how easy was it?

2001. I had studied in Amsterdam for the 1999-2000 academic year, and after graduating from Durham I was determined to return to the Dutch capital.
At the time it was no more difficult than traveling to Amsterdam and moving in with my then girlfriend. Apart from getting a tax number at the tax office I don't think I properly registered until I bought a flat in 2010. Of course since Brexit I have applied for permanent residency, but nothing like that had been necessary before.

I came to London in 2006. Arrived at Gatwick, took a train into Victoria to see the city I was going to call home for the foreseeable future, and remember thinking ‘What have I done?!’ when passing some of the more deprived parts of London. Parts that are now undoubtedly unaffordable. I got to Victoria Station armed with an Oyster Card given to me by someone who had lived here and was going to pretend I’d lived here for yonks. I was going to navigate the Tube like a local.

It turns out the card had been disabled, the Oyster gates to the city wouldn’t open for me and the accent of the TfL chap was undecipherable. I was not yet accustomed to the many accents that make London so cosmopolitan.

I chose London in search of a bigger city after Amsterdam had gotten too small for me. I remember that I found the first year quite challenging. The city was considerably bigger alright, with all the perks that come with it, but the downsides were considerable too. Everything is at least 45 minutes away, most things are quite expensive or otherwise complex to obtain. The hoops to jump through were Kafkaesque (How to open a bank account without a proof of address? How to sign up for a utility without a bank account?). That first year the city was a living organism trying to make life as difficult as possible.

2) Will the UK's departure from the EU affect you in any practical ways?

I have taken several Dutch language exams to qualify for (non-EU) permanent residency and eligibility to apply for Dutch nationality. One of the many things I have learned from Brexit is that I really need to vote somewhere, preferably where I live. As The Netherlands generally disallows dual nationality, becoming Dutch would mean renouncing my UK nationality. With every day of Boris Johnson's 'government' such a step becomes more attractive, but the 500 pound fee is rather irritating, especially as it was 50 quid until shortly after the referendum. It's almost as if someone wanted to make a bit of cash out of people having to take such a drastic step.
My partner and child are Dutch nationals, so obviously I have to accept the fact that moving with them to my home country is going to be very difficult from now on.

As a freelancer with UK nationality I do also have concerns as to whether I can work for clients outside the Netherlands after the transition period ends. Also, if I apply for jobs, will employers look at my nationality and assume hiring me will involve cumbersome administration?

It already has. I run a number of businesses, one of which we deliberately headquartered in the Netherlands so it would remain in the EU. It has added quite a few uncertainties and administrative headaches, though.

Brexit has also created new business for me. I used to advise foreign companies that were interested in coming to the UK. Usually either American companies wanting to come to Europe and who thought the UK was a good bridgehead (thinking that the British are just Americans with funny accents, they find out soon enough) or startups from the Continent who saw the UK as a first step towards the American market. That flow has largely vanished so I now help Dutch businesses wishing to come to the UK despite Brexit or, sometimes, UK companies that want to have an EU foothold in the Netherlands because of Brexit.

I was also asked to become a regular Brexit columnist for Dutch business publication De Ondernemer where I now help Dutch SMEs make sense of what on earth is happening in the UK.

Compared to my British friends I am less impacted by Brexit, fortunately. I have Settled Status in the UK but I obviously kept my EU Citizenship so I still have Freedom of Movement in 30 odd countries. If I ever tire of London I can move to Berlin or retire in Lisbon. Some of my friends are less fortunate.

3) How is life different now?

People generally just laugh about how silly 'we' are and how incompetent and ridiculous Boris Johnson is. I fear that a no deal outcome will damage the Dutch economy and lead to an anti-British mood.

I don’t feel that I am perceived differently since the referendum but I suppose that is partly because I live in London and not in Lincoln. I can also, inexplicably, sound like an English public schoolboy so if anyone dislikes me it’s usually for that, not for being foreign.

What I have noticed, though, is that London seems to have lost some of its shine since the referendum. So many friends and ex-colleagues have left London for Berlin, Barcelona or Copenhagen. I wonder how that will pan out over the next few years.

4) If you had known then what you know now, would you have done anything differently, or prepared better?

I should have taken permanent residency and done the exams prior to the referendum. The result would have been less unsettling. My daughter was born in January 2018 and I did worry a lot about possibly being separated from her.

Like so many I underestimated the sentiment and the lack of knowledge about the EU among many Brits. Going back I would have wanted to educate people about the EU years before the referendum.

That said, I studied Political Science while living in one of the founding members of the European Union and during the signing of the Treaty of Amsterdam, and I have learned more about the EU in the last four years than in the last twenty-five.

You don’t know what you’ve got until it’s gone so educating people about what the EU actually is would have been a lot harder in, let’s say, 2015 than it was after the referendum.

I have learned that Amsterdam is very different to small-town Netherlands, which is generally very conservative. The Dutch equivalents of our very own populists are working hard to exploit these differences to create a culture war. EU membership isn't the main item on the radar at the moment (Muslim immigration and Zwarte Piet are more popular) but that can always change.

There is a process that I assume many newcomers to a country go through, I certainly did. The first year was full of ‘This is stupid, why don’t they just do this like we do it in the Netherlands?’. This was followed by probably two years of ‘This is quite a good way to approach this, why don’t they just do it like this in the Netherlands?’. After that you enter a phase where you see the flaws in both, and try to fix both. I have learned more about the good and the bad of the Netherlands in the fifteen years that I lived in London than I did in the thirty years I’ve lived in the Netherlands haha! I can certainly recommend leaving your country of birth for a while to better understand it.

As for teaching the Brits, I am still on the virtual barricades. Whether that’s linguistically (when you live in Great Britain you can’t go on holiday to Europe, you’re already in Europe) or politically (a parliament that doesn’t control its own agenda? Interesting). I am not holding my breath, though.

6) What are the greatest challenges now facing the EU and the UK?

Protecting our democracies from lies and misinformation that targets people on social media. The threats of populism and nationalism are ones I fear we will succumb to if we don't.

I think the UK needs to find its feet again, and that won’t be easy. A lot has been upended in the UK, economically and socially. The dust (and polarisation) needs to settle a bit and then comes the long hard slog of slowly re-aligning on a case by case basis. Over the next decade I expect the UK to sign up to Erasmus and Horizon again, Europol eventually and, who knows, back in the Single Market at some point?

The EU will need to learn to trust the UK again. As the Dutch say ‘Trust comes on foot but leaves on a horse’ so that will take some time.

I'm a vegan. I don't eat cheese. I have noticed that veganism seems to really wind Leave voters up. Why?

Gouda, because I really don’t get Cheddar. You can wake me up for Stilton or Wensleydale though!

8a) Which Brexiter would you most like to debate?

I'd love to ask Michael Gove if he was 'ignorant or just lying' when he promised a British lady living in France that EU based Brits were protected by 'all sorts of treaties' and that a vote to leave the EU would have no effect whatsoever on our residency rights. He did this live on a TV debate for Sky News.
I'd then like to ask him if he is the same 'Michael Gove' who - 3 years later - advised Brits living in the EU to take the necessary steps to secure local residency as our rights would be removed when Britain leaves the EU and that there was nothing the UK Government could do to assist us.

8b) What’s the best thing about the United Kingdom?

The Arctic Monkeys. Or Radiohead.