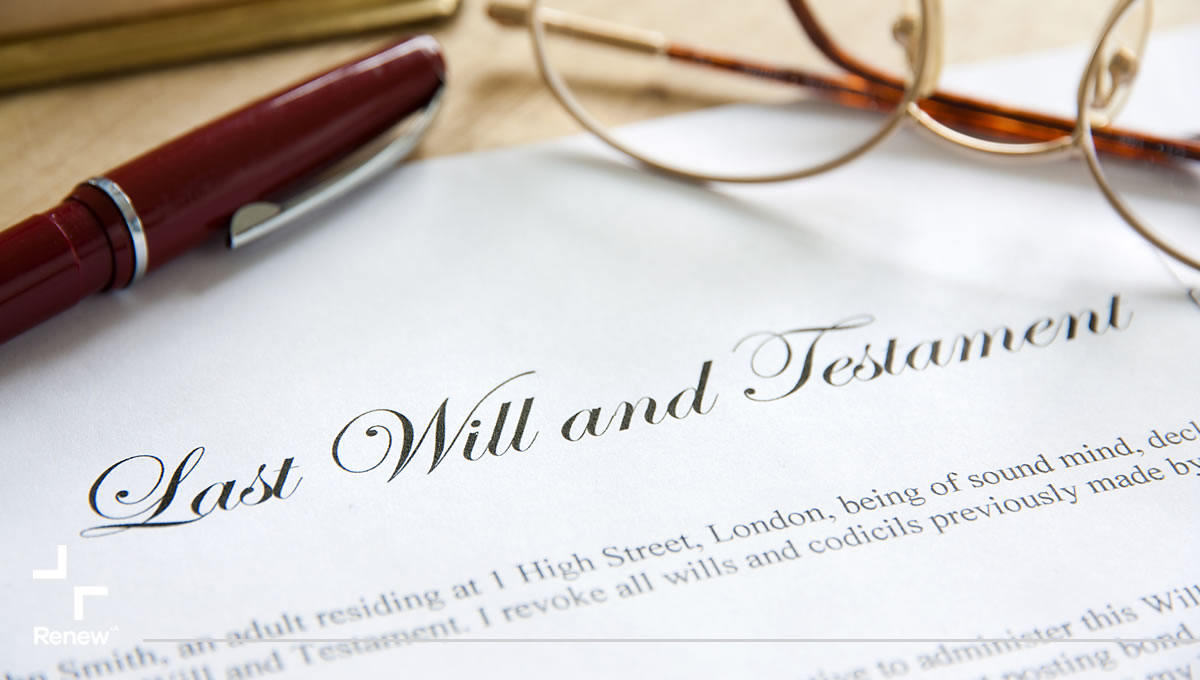 Mum and Dad’s Bank: All About Inheritance Tax

In this opinion piece, Gwen Jones explores how we can rethink inheritance tax for the future.

Not all taxes are created equal. Though few taxes can reasonably be described as popular, some are a great deal less popular than others. One that attracts more contempt than perhaps any other is inheritance tax, or ‘death duty’.

This hostility can be felt across the income spectrum. In fact, surveys suggest that opposition to the tax is strongest among lower income groups. And the proof is in the pudding; revenue from inheritance and estate taxes in OECD countries has fallen sharply as a share of government revenue since the 1960s. Even the notoriously egalitarian Sweden has taken the decision to abolish inheritance tax entirely.

Politicians generally know a vote winner when they see one and inheritance tax most certainly doesn’t qualify. It's no secret that politics usually trumps economics - just look at Brexit. It’s my feeling, though, that in the case of inheritance tax we should abandon attempts to appease a handful of voters if it constitutes bad economic policy. While the tax may not be popular, it is, on balance, fair.

I want to make a case for inheritance tax that I believe is both principled and pragmatic. While I’m aware this is unlikely to make me any friends, at a time where wealth inequality has risen to its highest level since the First World War, it is growing ever more important for us to have these conversations. In the UK, for example, the top 10% of households own 45% of all wealth. The bottom 50% own just 8.7%.

The gap between the rich and poor continues to swell. Although there are myriad reasons for this, the role that inheritance plays is growing. A report by the Institute of Fiscal Studies (IFS) suggests that although more people stand to inherit than before, the vast majority of inheritance will go to the already wealthy. The wealthiest pensioners are already those who inherited most and the effect is getting more pronounced; around 90% of inherited wealth will go to just 50% of the next generation.

When asked, even the most right-wing of Tory MPs will tell you that society should guarantee all people an equal opportunity to succeed, regardless of who they are. In such a society, success is awarded based on talent and hard work, and it is this principle that generally shapes national policy on public service provision, income tax and human rights. When it comes to inheritance tax, though, it's a different story altogether.

Part of the problem with inheritance tax is that it pits two cherished liberal principles against each other. The first is an individual’s right to do as they please with the wealth they earn. The second is an appreciation for a meritocratic society that guarantees every individual with equal opportunity at birth. Inheritance prioritises the former; when large sums of wealth are passed down between generations, the recipient is given an advantage that is unearned and arguably unfair.

The UK system is already failing those born into underprivileged households, but inheritance in particular seems like an unequivocal violation of equality of opportunity. Inheritance tax is not a death duty; not even the most powerful Chancellor of the Exchequer could get a corpse to sign a cheque. Rather, it is a tax on the heir to their income, the recipient, the winner of the lottery of birth.

Another issue I have with the current system is the comparative burden it places on productive work. As a society, we ought to incentivise the things that we want. Something we most definitely want and urgently need more of is productivity. Currently, the majority of the country’s tax revenue is generated by income tax, despite the fact that the majority of recent wealth creation in the UK has resulted from asset inflation rather than wage growth. In today’s world, if you happen to be born into a low income household, the only way you can expect to narrow the gap between you and those at the top is through work. This work is heavily and consistently taxed throughout your lifetime. The wealth of the country’s mega-rich, on the other hand, does not derive from their income, but from the appreciation of their assets; their companies, real estate, and bonds. The current system allows these assets to go largely untaxed, providing they aren’t sold (so the majority aren’t).

Society cannot claim to value hard work and productivity when the balance is skewed so heavily in favour of owning assets. For decades, governments have claimed to support ‘ordinary working families’ - but given the current system, this is very hard to believe.

I’ve heard it argued that inheritance tax is inescapably unfair because it effectively involves taxing a person’s wealth twice; income is taxed during a lifetime and then again on death. But this line falls flat pretty quickly. For starters, it's not the benefactor who is taxed when their wealth is handed on. Again, in case you were wondering, taxing the dead is not an easy task. It is the recipient who shoulders the tax burden, not the deceased. Secondly, the very wealthy (those who, in theory, would be subject to the highest rates of inheritance tax) generally pay very little income tax anyway. As mentioned, the majority of wealth accumulated by such individuals does not derive from their salaries.

And whilst we’re talking about productivity, it’s worth mentioning that inheritance has been shown to reduce the productivity of those who receive it. America’s Syracuse University finds; ‘An inheritance received by a family reduces the probability that both spouses will continue to work, and increases the probability that both will retire.’ Even Barry Bracewell-Milnes, a well-renowned opponent of the tax, acknowledged that ‘Inheritance without taxation weakens the beneficiary’s incentive to work.’

Passing your assets on to your nearest and dearest is generally seen to be the most loving thing to do on your deathbed. But look at it another way - recipients of huge sums of inheritance are deprived of the opportunity to become self-made.

All of the above leads me to believe that the current system has reached its sell-by date. We should be looking to prevent the accumulation of wealth in the hands of a few, and encouraging inclusive prosperity and growth. My proposals for reform are based on better incentivising the dispersal of the wealth accumulated over a person’s life when they die. Rather than passing on a lump sum to a favourite child, tax incentives should be used to encourage people to spread their wealth across children, grandchildren, friends, neighbours and charities. For example, by introducing a cap on the value of untaxed wealth that can be passed on to a single individual, as in France. After all, there is downward mobility in our society too, and by dispersing inheritance further afield, it is less likely to remain concentrated in the hands of a wealthy minority.

I can fully understand how a lack of trust in government can chip away at a person's willingness to give up their hard-won earnings to HMRC, and this is likely to be especially true in today’s chaotic political climate. The feeling of hostility towards tax stems in part from a lack of control over where revenue is spent, as well as a biting lack of confidence that it will be spent well. But the thing is, a high rate of inheritance tax doesn’t even have to generate much revenue in itself. A reluctance to pay is almost to be expected, but the hope is that a higher rate of inheritance tax encourages wealth to be used more productively. In a truly egalitarian society, inheritance would be taxed in its entirety back to the state. But in a liberal one, it is important to find a balance between levelling the playing field and maintaining a meaningful degree of personal autonomy.

I don’t pretend to have all the answers, but I’m confident in my conviction that inheritance tax needs a rethink. The trend of rising wealth inequality looks set to continue unless we start introducing real policies to change it. This might mean making some uncomfortable choices, but avoiding the issue won’t provide a resolution.

Note; this article sparked some interesting debate amoung our ranks. Here is Mike Glover, chair of our economic affairs working group, with his take on Inheritance Tax.

I read the interesting piece by Gwen Jones entitles "Mum and Dad's Bank: All about Inheritance Tax". It is though provoking, but I believe there were some points that have not been included, and so the conclusion may be mis-leading.

The question of inheritance can be complex and often emotive. It must certainly be right that hard working people wish to pass on the fruits of their efforts to their nearest and dearest. It should be possible to do this without the recipients having to hand over a substantial proportion of those assets to the tax authorities. The current high rates of inheritance tax (40%) and the derisory tax free allowance (£325k) can be act as a disincentive and/or lead to the contracting of tax planning specialists, which render the collection of taxation voluntary.

There is therefore a breakdown in the principle of fairness. Surely, it must be preferable for taxes to eb actually collected, rather than avoided all together. The vast majority of people would, in my opinion, welcome a fairer rate of taxation on inheritance, so long of course as it is paid by all. How many would begrudge paying something in the range of 5-10%?

It is high time for an overhaul of this area of taxation. It must be made fairer, and in my view that should mean a lower rate of tax, and much wider enforcement.