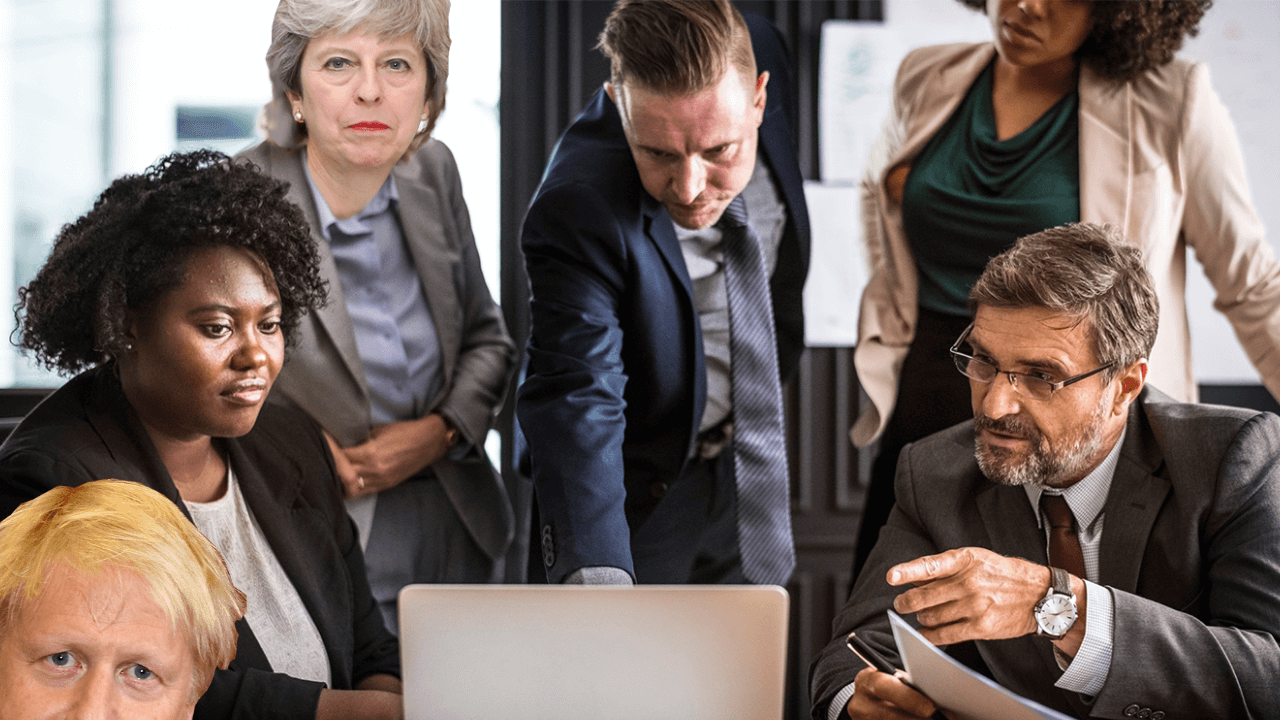 If Your Office Ran Like the House of Commons

It's been said many times - our politicians get away with things that they never could in a 'normal' job. Postponed votes, subsidised drinks, lack of accountability... it's all there. So Renew thought: what if your office ran like the House of Commons? Go through the looking-glass below...

11.00am: It’s a Wednesday. Free UberBLACK ride to the office. Walk in to subsidised breakfast of eggs, bacon, sausage, eggs, toast and bacon. Only £1.00 – plus unlimited coffee! Investors at this company really are generous – nice work if you can get it, eh?

11.45am: Start my working day with a bit of BBC news. Need to keep up to date with current affairs and there’s not much to do at the moment.

12.00pm: Still browsing BBC news. Secretary hands me a few things to do but nobody here to tell me off, so it’s Pep Guardiola’s press conference followed by a YouTube sesh.

12.15pm: Boss’s Questions. Two sides lined up opposite each other at boardroom table. I stood up and started to ask:

“So boss, I’ve been having a look at the accounts and –

At which point I was drowned out by the HR team who started yelling “Jobsworth!”, “Loser!” and other names.

One colleague jumps up onto the table pointing manically at me, leaping up and down while frothing at the mouth. Another lady jabs her finger at me multiple times before collapsing into a laughing heap.

The chair of the meeting screams “ORDER!”, only to be drowned out by everyone else, now shouting “Oooooooh!” and sweating heavily.

At which point it’s 12.45 and time for someone else to ask a question. I never did get to finish mine.

1.30pm: Subsidised lunch of steak, foie gras and potatoes. Bottle of vino with Jeff and a double espresso to finish it all off. Investors pushing the boat out on this one – the food’s usually good, but not this good. Strange given that it’s been a pretty rough year for the balance books…

2.30pm: Board meeting. Supposed to hold a vote on splitting with parent company, but boss calls it off, saying she ‘needs more time’ - whatever that means. Vote pushed back to next Monday.

2.31pm: I query whether it’s right that the vote be pushed back given the company’s difficult financial situation, but am informed the boss decides what’s right and what’s not, thank you very much.

Boss then says it’s irrelevant anyway as three of the directors haven’t shown up to the meeting. Look around and see that she’s not wrong.

4.00pm: My son, who I have employed as a ‘Specialist Market Researcher’, goes home. Shout after him that he’s not being paid £30,000 a year to clock off early. Doesn’t seem to hear as the door swings shut behind him.

5.00pm: Assistant Director walks into office and tries to convince me to support boss’s position on the Big Split.

“If you don’t do this, we will be very cross”, he says firmly.

He leaves in a hurry, muttering something under his breath about treason and sabotage.

5.30pm: Angry client rings me up and asks why I haven’t provided the consultancy work she was promised. I say we don’t have enough money. Client laughs.

I don’t really have an answer for this and she hangs up.

6.00pm: Another meeting with a vote on an important regulatory issue, but nobody turns up apart from me and the chair. Told everyone is in the subsidised bar celebrating a birthday. I win the vote on a technicality and go home.

Another successful day in the office!