So party conference season is underway, and there has been more than a hint of 90s nostalgia about the proceedings so far. And why not? Back in the 90s, we were younger and more beautiful, the cold war was over, 9/11 was yet to come, and 'Cool Britannia' described a strong renaissance in the attraction of our popular culture worldwide.


At the Lib Dem conference, Ed Davey worked hard to summon the spirit of 1992-97 era Paddy Ashdown. This was an era when the Lib Dems went from 20 seats (from 6m votes) to 46 seats (from 5.2m votes), largely by appealing to disenchanted Tories, but also, importantly, by establishing and maintaining an informal non-aggression pact with New Labour. Fast forward to 2021 and appealing to disenchanted Tories over sleaze and general unpleasantness appears to be the game-plan again, with Davey attacking the Conservatives 'ugly' values and the prime minister’s “total lack of shame or decency”. Unlike the 90s, however, Davey is in the unenviable position of trying to build on a catastrophic 2019 showing of 11 seats (from 3.7m votes) and a 27% drop in membership, after having burnt bridges with Labour and squandered the good-will of millions of voters (again), this time due to the poor judgement and hubris of the Swinson era. Where those lesser-spotted moderate Tories may be hiding and how they may behave in May of 2023 (as we suspect the next General Election will be held) remains a mystery for now.

The Labour conference ended on Wednesday with 90s era themes ringing louder than ever. The biggest cheer during Starmer's keynote speech came not after his lengthy and mawkish yarns about childhood, family, working-class roots and heroic times at the CPS, but when he triumphantly listed off Blair and Brown's achievements in power (minimum wage, cutting waiting lists, job creation, crime reduction). Although Starmer didn't mention him by name, it appears that there is a deliberate attempt to rehabilitate Blair and to draw a line under the bizarre taboo status of the party's most successful leader of the last 50 years. Leadership pretender Andy Burnham followed suit by singing the New Labour anthem 'Things Can Only Get Better' at a post-conference karaoke party, then doubled down with 90s bangers 'Common People' by Pulp and Blur's totemic 'Parklife'. Even fellow leadership pretender Angela Rayner's song choice was the nostalgia-tinged (and possibly coded) choice of Oasis' 'Don't Look Back In Anger'.

Rayner had made headlines earlier in the conference by referring to the cabinet as 'Etonian scum', which was variously defended on the grounds that it might be considered fair comment, and attacked on the basis that a serious political figure should know the difference between frank bluntness and an ill-governed rant. On reflection, one could speculate how we might react if Rayner's counterpart Dominic Raab had been caught referring to the Labour front bench as 'council estate scum'. If Labour ever wants to form a government, it will most certainly require votes from the kind of swing voters who will find this kind of rhetoric unacceptable.

Overall, Starmer appears to exude the kind of managerial competence that the country is crying out for, but, importantly, not the kind of slightly madcap charisma that our electorate tends to favour in its leaders. Back in the 90s the emphatically uncharismatic John Major (who is fondly remembered now, but was widely pilloried at the time) snuck a surprise win against Labour and Neil Kinnock only with the enormous help of the Murdoch press and The Sun's crushing election day headline, 'If Kinnock wins today will the last person to leave Britain please turn out the lights.' At the next election, of course, Major was steamrollered by Tony Blair, whose eyes were always furnished with the unmistakeably manic, unsettling, and zealous glint of the successful politician. In the intervening years, Blair had assiduously courted Murdoch, knowing that his endorsement would push New Labour over the edge. 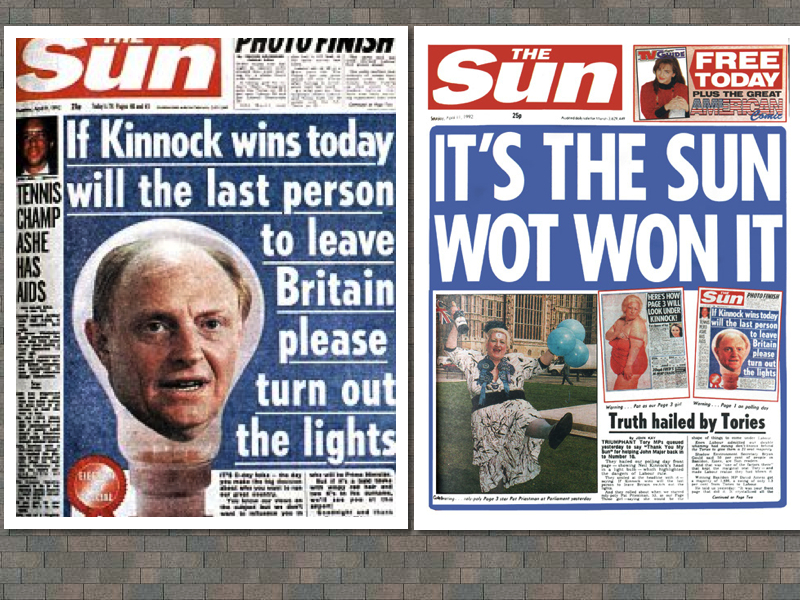 One of the most intriguing rumours to emerge from the Labour conference is that Starmer has been privately courting the Murdoch press in the same way, which raises an interesting scenario. If we enter a 2023 election with rising inflation, colossal debt, higher taxes, higher energy and food costs, a lower standard of living and the reality (admitted or otherwise) that Brexit hasn't worked, which party might Murdoch and the other press endorse and how might that affect the outcome? A lot will depend on Starmer ability to rein in the worst aspects of Labour's left factions and their determination to scupper the next election in the way that they believe moderate Labour scuppered Corbyn.

Which, I suppose, is a rather long-winded way of saying 'politics as usual'. As we are struck by clanging reminders of the 90s and the fact that politics is cyclical, what are we left with? The answer, for Renew, as ever, is the need for radical change. If we are not to consign our grandchildren to the same dismal political merry-go-rounds as our grandparents, then we need to organise and to present a credible alternative. Whilst the precise recipe is not yet clear, we believe that the ingredients are all in place: More participation, better representation, a constitutional reboot that includes a fairer voting system, the professionalisation of our representatives in parliament, better transparency in government, the clean-up of political donations and removal of political incentives to corruption.

The 'democracy space' of political campaign groups is packed with organisations such as Make Votes Matter, Unlock Democracy, Compassion In Politics, Best For Britain, Open Britain, the Electoral Reform Society, Compass and many others, all with admirable aims to reform and improve our system. But if these reforms require the permission of the two big beasts of UK politics that perpetually benefit from the status quo at the expense of truer democracy, then we are merely tinkering with symptoms and not addressing the root cause.

Our politics is overdue a complete rehaul and the signs are here for all to see. We at Renew aim to be part of the solution, whatever form it might take, because we cannot, in good conscience, keep rewarding with our votes the same parties operating in the same system which has brought us to this unenviable position. It's time for something new.

Here at Renew, work is continuing apace to deliver a successful Renew Conference on October 9th 2021. (Deep apologies to those who responded to the earlier announcement of September 11th).

The event will take place at the fabulous Us&Co workspace at London Monument that we have used for Renew events in the past. The event is free for members.

We will also be electing 2 members to the board at the Conference. Those interested in putting themselves forward, please contact Renew CEO Tom Meek at [email protected]

We look forward to seeing some familiar faces and some new ones too. 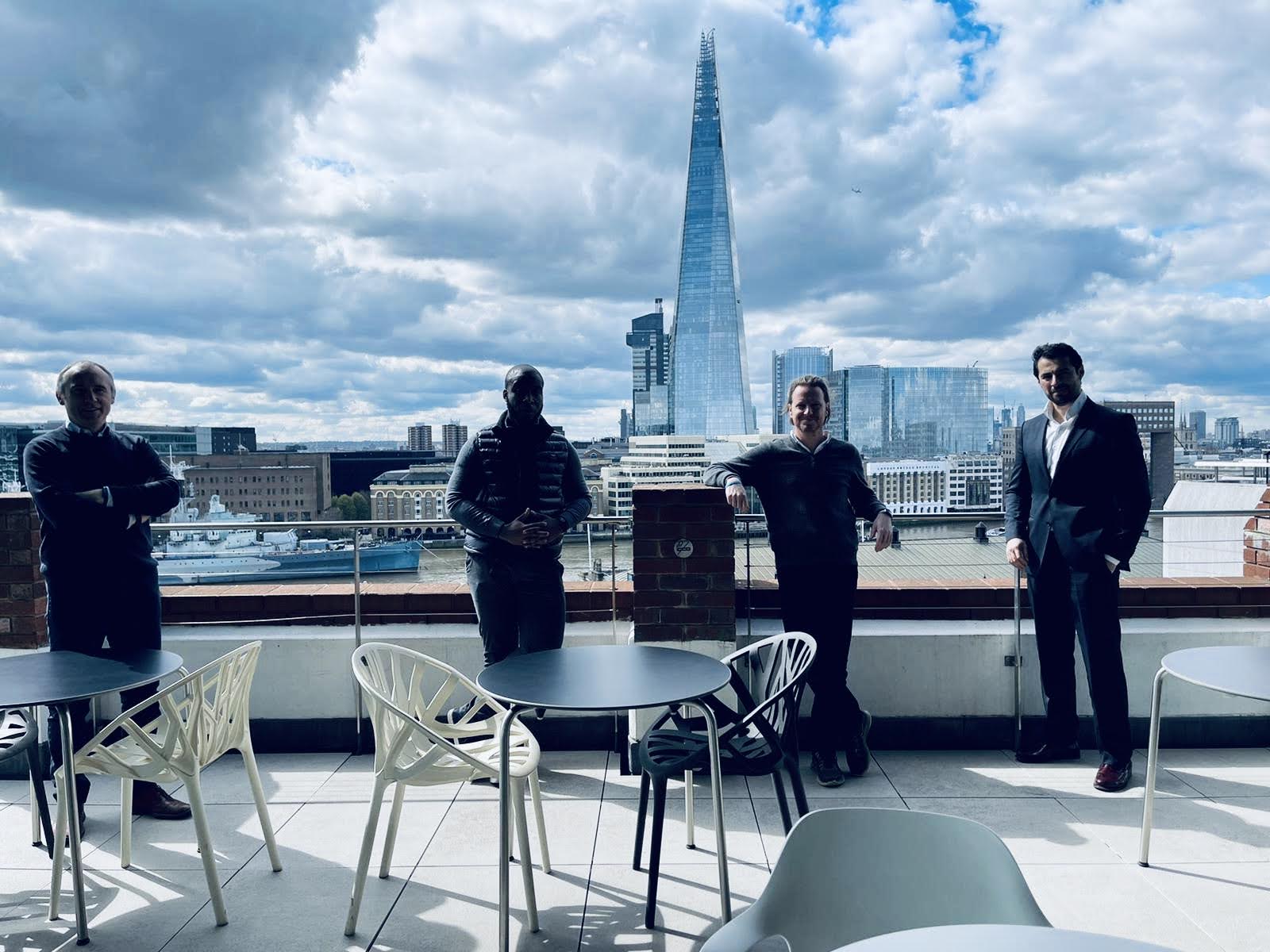