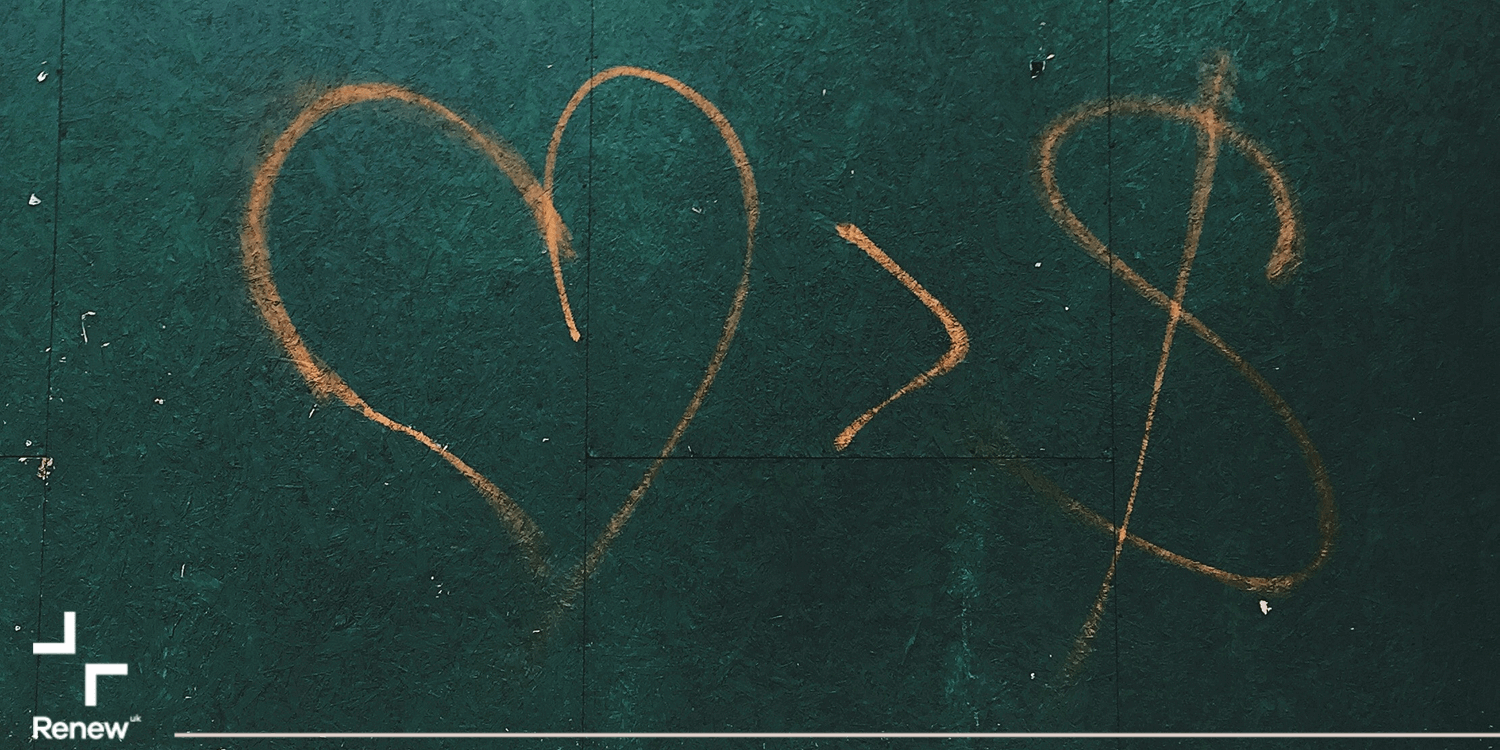 We at Renew have been asking the question of how to reform capitalism in the 21st century. In this opinion piece, writer and Renew supporter Jim Cowan describes how a change in consciousness might help heal a divided society.

Capitalism evolves over time. Personally, I find it helpful to see that evolution in terms of the power relationships between the state, trade, and civil society.

During the industrial revolution, trade and commerce were centre-stage, supported by the state and civil society. The dominating consciousness was the age of reason and free thought.

The end of the Second World War brought a seismic shift: welfare state Britain was born. The state became central, influencing both business and civil society. The dominating consciousness was of the power of administration and professionals to solve problems and get things done.

In the late 1970s, a whole network of free-market thinkers rebelled against this ‘slavery by the state’, leading to the country’s third evolution: market-thinking Britain. This is the Britain we are all living in. Here, markets are placed in the dominant position by government. In return, the government will be fully supported by markets to create a society in which private sector thinking rules.

Since the state championed this thinking, markets and businesses don’t have to; we could call this arrangement cosy. Civil society becomes a dumping ground for the failures and worst human indignities of a materialistic and market-oriented culture.

Does this fact warrant reform? Quite obviously, yes. And what this way of looking at power in Britain suggests is a fourth evolution: a people-centred form of capitalism in which business and the state support civil society.

History also shows us that the effort required for actual reform has to await bigger contributory factors that make the change possible. But are such factors in the offing?

The first thing needed is an evolution of human consciousness that spreads through the population, which no politician or institution can control. This might look like a Britain whose collective brains have not been taken over by market thinking. In this society, people would be freer to become the person they can be; an existential freedom given rein by companies and jobs that recognise it. This genie is already well and truly out of the bottle. For whole swathes of the population, we are no longer just products of a mass society, our inner lives matter.

The second factor is that while civil society may have become a dumping ground, it is at the same time unbelievably resilient, rich and deep. It defines Britain. It is also the very source of humanity and the repairing of the social fabric. My book, The Britain Potential, identifies 50 grassroots initiatives (and there are many, many more). Many are in civil society, but some are in business, and some even in state services. They seem to be enacting this next stage of human consciousness. They are reforming capitalism before our eyes.

This is not being created by elites. The energy driving these initiatives is coming from a recognition that market forces can sometimes lead to inhuman and dysfunctional outcomes. The downsides of the neoliberal version of capitalism seem to be stoking the fires of its self-organising reform.

After the Great Depression, national government had to take on unemployment as a key metric. In the 1970s, inflation became another.

The next key metric for the renewal of Britain and the evolution of capitalism is going to be repairing the social fabric. This is a key metric signalling a moving on from market thinking to a civil society-centred Britain. New start-up parties like Renew are best placed to lead this charge, since the old guard simply have too much baggage to provide the answers.