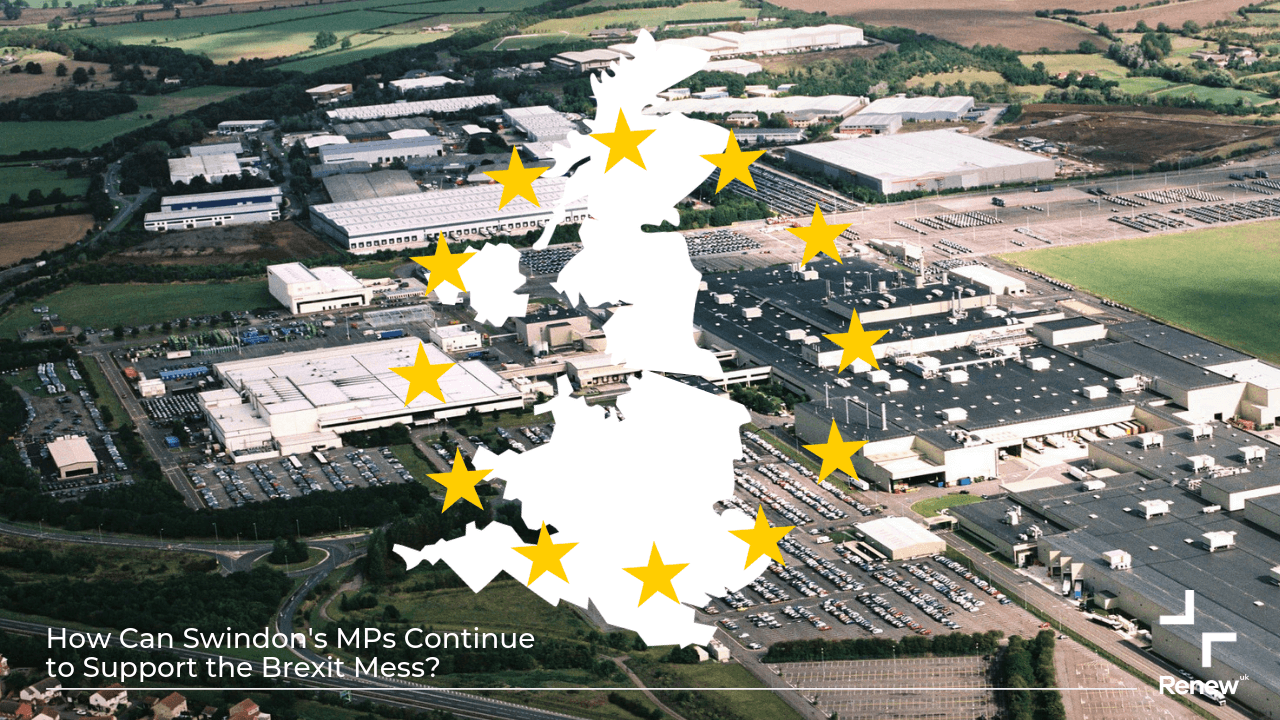 How Can Swindon's MPs Continue to Support the Brexit Mess?

In light of Honda’s decision to close its car manufacturing plant in Swindon, Adele Marshall-Reynolds gives her local opinion on Brexit’s impact on the community.

Whilst Theresa May continues to run down the Brexit clock, yet another major employer, carmaker Honda, who had reported in October 2018 that they were looking for materials to stockpile in the event of a no deal Brexit, this week announced plans to close their Swindon car manufacturing plant. This will lead to the loss of over 3,500 local jobs.

The uncertainty for Honda employees is evident; they have not yet been told by Honda what is actually happening. Some workers describe feeling like they are “in a mushroom” and one worker who did not wish to be identified said:

"We have had nothing from Honda - we have only heard what is on the news. The internal website was updated to say they didn't have any statement, but as they value the associate they should always discuss such information with us first. So - complete bull. Morale has totally gone… I feel completely shell shocked at the moment. The views on Brexit (amongst colleagues) are mixed, but we are generally dismayed at how useless the UK government is."

Yet MPs like Justin Tomlinson in North Swindon and Robert Buckland in South Swindon are seemingly determined to be on the wrong side of history. On the day of the decision, Tomlinson was quoted on the BBC as saying the decision had “nothing to do with Brexit”.

It is simply not appropriate (or likely even true) for Tomlinson to suggest that Brexit has nothing to do with this. Whilst the closure may be a business decision made within the overall context of other factors, such as declining car sales, reduced demand for diesel and import tariffs, saying Brexit is nothing to do with it is foolish. Not only that, but it is disingenuous and reeks of clinging to a desperate narrative of unicorns and rainbows.

As the town's industries start to topple, the question remains: how can Swindon's MPs continue to support a Conservative policy which is actively tearing apart communities and having a direct influence on employment? Both have been quick to play down any link between Honda closing and Brexit. Yet isn't it odd that Dyson moving to Singapore, Flybmi collapsing, Ford cutting thousands of jobs and Jaguar Land Rover doing the same also apparently have “nothing to do” with Brexit.

The head of Britain’s leading business body, Carolyn Fairbairn, director-general of the CBI, said recently at the World Economic Forum in Davos that there was mounting concern at a no deal Brexit’s potential to cause damage well beyond the UK. In addition, Bank of England governor Mark Carney warned of growing threats to the global economy caused by Brexit.

"It is in the interests of everyone, arguably everywhere" that a Brexit solution is found, he said. The Bank has already cut its UK growth forecasts, due partly to Brexit-related issues.

The sad reality of the situation in Swindon is that these MPs are so blinkered by loyalty to their party that they have forgotten about loyalty to their country. Whilst both Swindon constituencies may have supported a ‘Leave’ vote at the time of the 2016 referendum, there is a definite change in the air as the realities of a no deal Brexit become clear. We’re so close to the 29th March and nobody knows what may happen to businesses and people’s jobs.

On the day of the Honda announcement, the same day on which seven Labour MPs announced they were leaving the Labour Party, Tomlinson tweeted: “The actions of Corbyn and his cult followers are destroying the once proud, pragmatic and strong Labour Party - raw emotion crystal clear in these speeches”.

Yet the problem he is not seeing before his own eyes is that the once proud, pragmatic and strong United Kingdom is being destroyed by the actions of Theresa May and her cult of followers, including the two MPs for Swindon.