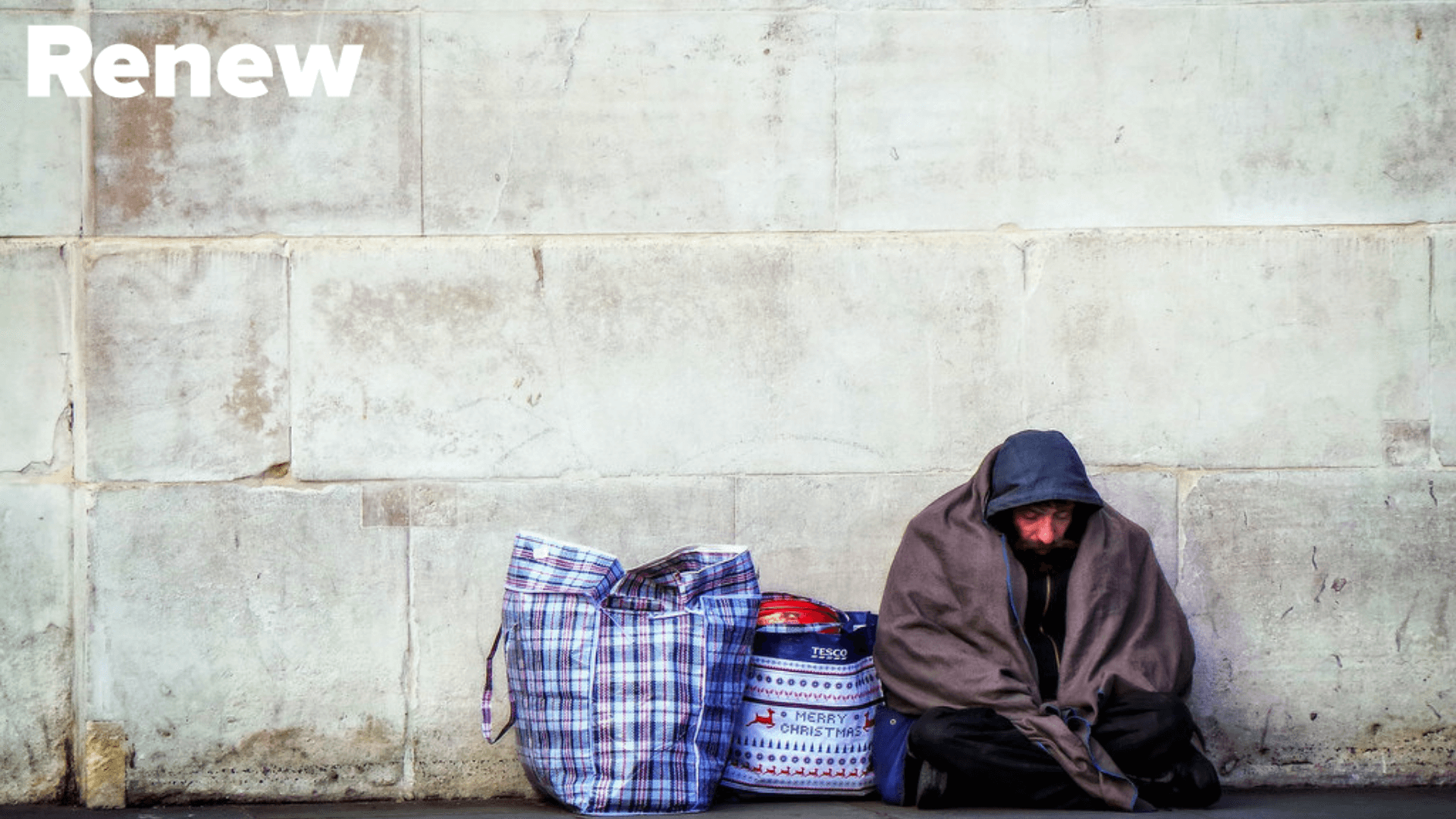 "As a police officer we used to allow homeless individuals to sleep in the cells because it gave them a roof over their head. The act was good, the fact that it happened was an indictment on society. We all benefit if those who are vulnerable are supported and can thrive. We need new approaches to tackle the root causes of homelessness."

Homelessness in the UK

- In 2017-18, 7,500 people slept rough on the streets of London. [1]
- 57,7303 homeless people were owed housing by councils in England in 2015-16.
- Crisis estimates that there are approximately 3.52m homeless adults currently ‘concealed’ in other households in the UK. [2]
- In 2017, there were around 4,751 people sleeping rough across England per night in 2017 - a 15% increase compared to the previous year, and more than double the amount in 2010. [3]
- The number of homeless people dying on the streets or in temporary accommodation in the UK has more than doubled over the past five years to more than one per week.
- The average life expectancy of those sleeping rough is just 43. [4]

As numbers of homeless in the UK continue to rise, it is increasingly important to look beyond personal circumstances and turn to wider government policy as a reason for homelessness. Social democratic policy during the 20th century led to a clear reduction in poverty and income inequality, and a subsequent drop in numbers of homeless. This number rose sharply under Thatcher’s neoliberal welfare retrenchment. [6] There is an undeniable correlation between homelessness and a lack of investment in welfarism - indeed, numbers of homeless in the UK have soared since the introduction of austerity by around 134%. [7] According to the BMJ, spiralling homelessness is a product of welfare reform and the housing market, which are responsible for many families losing their privately rented housing. Rising housing costs combined with a reduced availability of affordable and social housing and reduced housing support benefit to vulnerable people (cut by 59% in real terms since 2010). [8]

As homelessness has continued to rise in the UK, it has fallen by 35% in Finland over the same time period. This comes after the Finnish government rolled out their pilot ‘housing first’ scheme, which provides homes for the homeless on an unconditional basis. This differs from the UK system under which homes are only provided on the basis of engaging with social and treatment services. The evidence from Finland, as well as other similar schemes around the world, is remarkable - a housing first approach not only reduces homelessness but improves engagement in treatment services and produces an addiction recovery rate similar to that of a ‘treatment first’ approach. Further still, the scheme has resulted in overall government savings as the use of emergency health services, police and criminal justice systems have fallen. [7]

In August 2018, the UK government revealed plans for an ‘extra £100m’ to be invested into solving the problem of homelessness and rough sleeping. However, it was quickly revealed that half of this has already been committed and the other half was money set to be re-prioritised from other existing budgets. Of the money allocated, around £30m will be spent on treatment for mental health issues and substance abuse among the homeless population, including training for staff on how to treat those affected by the synthetic drug Spice. £50m will be put towards building homes outside London for those ready to move on from refuges or hostels. [9] The new strategy also acknowledges the added barriers faced by migrants when trying to access existing support networks and sets out to provide funding for localities working with non-UK nationals, and create a rough sleeping support team mandated to help resolve the immigration status of homeless migrants. [7]

Though arguably a step in the right direction, the policy has been criticised for its ‘lack of urgency’, and its failure to address the root causes of homelessness. The government has promised to conduct a wider review of relevant legislation, as well as a study to assess the impacts of government legislation on all forms of homelessness, including welfare and housing policy. However, experts argue that these measures will not go far enough; in order to tackle the worst forms of homelessness government strategy must focus on significantly increasing the supply of social housing, and ensuring that the real cost of renting is covered by the housing system. [7]

A report by the Communities and Local Government Select Committee suggests that housing benefit claimants should have the option to paying rent directly to landlords to reduce their debt vulnerability and incentivise landlords to rent to those at risk of becoming homeless. Those who have lost their jobs should be given a grace period of one or two months before losing the housing element of universal credit. The annual cap on benefit payments to one family of £20,000 (and £23,000 in London) could worsen the problem. [10]