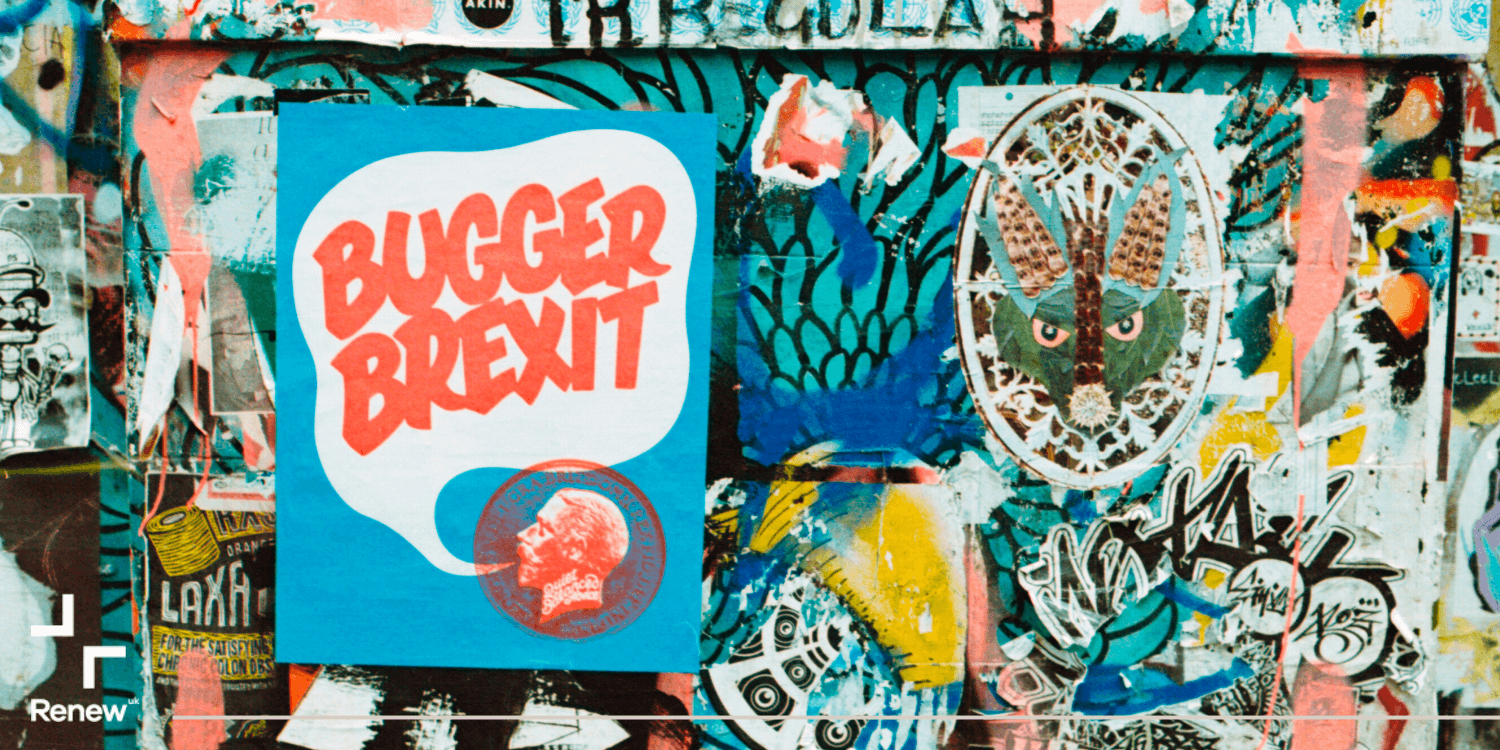 The government refuses to extend Brexit despite coronavirus fears

Friend of Renew, Zach Mayford, tells us his views on leaving the EU.

On Monday 15th of June, the EU and the UK government agreed not to extend the Brexit transition period: Britain will leave the European Union on the 31st of December. In a joint statement, the first ministers of Scotland and Wales, Nicola Sturgeon and Mark Drakeford, condemned the decision thoroughly. They, like many Remainers, predict a “damaging ‘bare bones’ trade deal or - even worse - a disastrous no-deal outcome” by the end of the year.

With each of these options now mutually unavoidable, it is left to us to figure out the intricacies of this delicate, evolving situation. By keeping a close eye on proceedings as the unknown looms, we will see just how “damaging” or “disastrous” the future might be.

The current pandemic and easing lockdown make it seem a bit like we are outside of reality, in a strange calm in the eye of the storm. In many ways, the Brexit transition period runs parallel alongside such unprecedented events. Both phases are similar to what came before, but have a few key differences before an oncoming social shift.

Currently, Britain still gets the benefits from the EU, like frictionless trade and travel (pandemic notwithstanding). We also still bear the responsibilities of EU membership, in terms of funding its budget and being subject to the arbitration of its courts. However, Britain now has no say in EU votes during the transition period, and this powerlessness is driving the government to keep the transition period temporary.

However, when we leave properly, many freedoms that we hold dear will disappear. Unseen costs and hassles lurk in 2021. By “unseen”, I mean “hidden or ignored by the leave campaign”, and by “costs”, I mean “consequences of our actions”.

It’s a sign of privilege that one of the first Brexit effects that hit home for me was that I will never go interrailing. Without Brexit, I might not have gone anyway, but the sudden removal of the option left a strange sensation, like a geopolitical phantom limb. I can’t imagine the fear or uncertainty forced upon EU nationals in Britain or working Brits abroad. The leave campaign brandished Eastern European migrant workers as a vote-inducing bogeyman. In reality, working, studying, and travelling in Europe is a two-way street.

Will we have to wait in the longer “non-EU passports” queue at European airports? According to the BBC, it depends on the ongoing negotiations. Will we have to buy a visa to get on holiday in the first place? Well, if we’re travelling for less than 90 days, and not working or studying, then no. Or, not really. Apparently, the EU is introducing a visa-waiver system for certain non-EU countries, called ETIAS. ETIAS, or the European Travel Information and Authorisation System, will cost 7 euro and be valid for three years.

Not too much bad news for holidaymakers then. Honestly, I would prefer not to go through the bother, and just travel like we used to, but the voters want what the voters want. That’s the price to pay for liberation from an out-of-touch bureaucratic ruling class, which doesn’t represent the people. Thankfully, the 2016 referendum delivered us to the famously down-to-earth Conservative party. In truth, both the EU and the Tories are out of touch, and by the 31st of December, they’ll be out of time.

For Brits young and old, continental trade and education are often decisive issues. In university, half of my housemates left England to study abroad through Erasmus scholarships. Several courageous friends also left the country to au pair on the mainland, an activity so continental that even its name is French. Countless Brits depend on travel and trade across EU borders for a living and a laugh. Brexit, that monumental event meant to simplify life for British people, looks set to complicate it overseas, especially in the world of work.

According to a 2019 Conservative infographic, companies and self-employees alike may need a work visa, a work permit, a residency permit, or all three to work in the EU post-Brexit. The decision still hangs in the balance, and it may vary from country to country. Workers may also have to split or double social security contributions like national insurance over two countries instead of one.

Many of the government's key Brexit concerns lie not over the channel, but across the pond. Let’s hope that the politicians who clapped for our NHS, and those politicians who pledged to return £350 million to it on the side of a bus, follow through on their promises. Leaders on the left fear that the National Health Service will be sacrificed at the altar of corporate America. If that happens, we must hold those responsible to account, in the media and in the voting booth.

While the pandemic lingers, paralysing national and international governments, there’s still time to pay attention to these pending trade decisions. I’ll be paying attention to what picture Boris paints with the art of Trump’s deal, because right now, that’s the only thing we can do. We can pay attention, and hold them to account politically for every foot they put wrong between now and 2021. Brexit awaits.

newsfeed brexit coronavirus extension
Do you like this post?
Tweet
Promoted for David Britten on behalf of Renew at Renew PO Box 67997 London SW4 4EY Created with NationBuilder