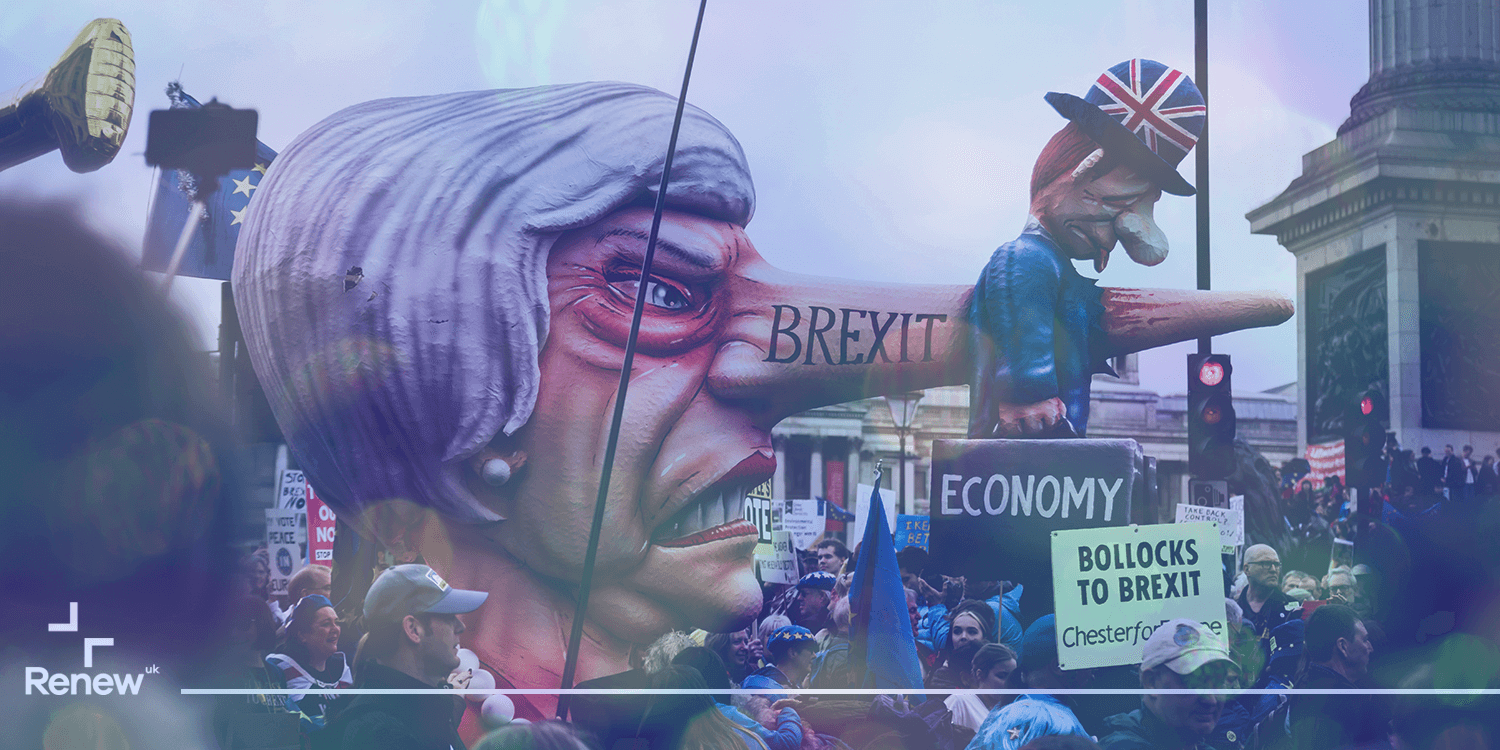 Somebody Pass the Fairy Dust

Renew member Paul Gerken comments on the fantastical fantasy of 'just believing' in a no deal Brexit.

Did you know that JM Barrie, author of Peter Pan, had to add ‘fairy dust’ as a requirement for the children’s capacity to fly in his novels, due to an uproar from parents? Apparently, up and down the country, children were repeatedly hospitalised after throwing themselves off the edge of their beds, believing all they needed to fly were ‘wonderful thoughts’.

And so, to a no-deal Brexit, a distinct lack of fairy dust, and yet a world of wonderful thoughts - for some at least. For others, we’re already at the point of being at the foot of the bed, several hairline fractures deep and requiring medical attention. Brexiteers, on the contrary, stand perched at the foot of the bed, arms spreadeagled and are thinking… well, what are they thinking?

Except, obviously, it isn’t. For some, the golden egg of Brexit was akin to a 51st state relationship with the US. We would be hugged tight to the “good ‘ol” (inverted commas required) US of A, and something like… loads of money… would suddenly come our way. Apparently all we would need to do is eat some dodgy chicken, (believe), and everything would be fine. Further details not required.

Spanners in the works come in the form of Congress saying that they absolutely will not entertain a trade deal if the UK jeopardises the Good Friday agreement. Just to join the dots, that means if we leave without a deal, there is certainly no deal with the US around the corner.

Couldn’t we do loads of deals with all those poor countries that will be rich countries one day? Look at their growth rates! Those percentages are much bigger than stupid Belgium. Think about it; we’ll sell them all of our financial service things that they barely know they need yet, and we’re going to be minted! F*ck the fairy dust - I. AM. FLYING!

The trouble, I guess, is that ‘just believing’ in fact involves the very real spending of our money. Alexander Boris Johnson has agreed to spend £2.1 billion on no-deal Brexit planning. To clarify, that isn’t money being spent to protect our economy, jobs and services, its money that we’re - and I’ll use a term from Alex Johnson himself here - ‘spaffing up the wall’ just to try to make the EU believe we’re crazy enough to leave so that… the whole Ireland issue just disappears? I don’t know anymore. I’ve lost the logic, but I guess that’s where we just carry on believing.