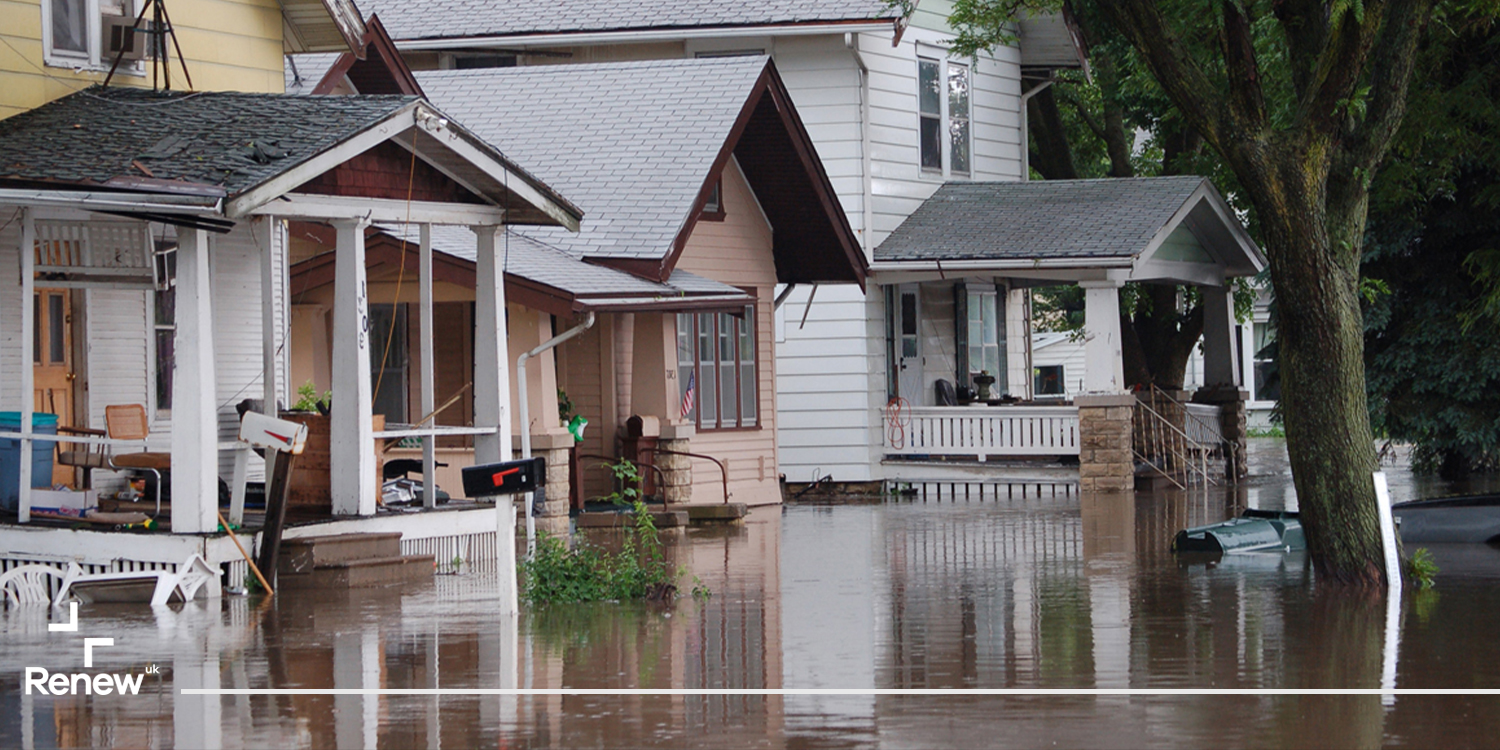 The frequency of extreme weather events is ratcheting up, in Britain and across the world. America is coming to the end of its wettest year on record and flooding is becoming ever more commonplace across the Midwest in particular. Heatwaves are on the rise in the UK; by 2050, scientists predict that heatwaves akin to that experienced in 2018 could occur every other year.

Warmer air also means heavier and longer-lasting precipitation events, hence the patterns currently being observed across the US. If global carbon emissions continue to go unchecked, a 30% increase in rainfall in the Midwest is possible. And this won’t be without consequence; in a region still reliant on agriculture, heavy rain, sodden soil and disruption to planting and harvest seasons could have devastating effects on the local economy.

Rivers, especially those in smaller basins, are already prone to flooding and will become more so if conditions worsen. This is all too real a possibility for those living in low lying areas close to the banks. Even very large rivers like the Mississippi are unable to cope with the higher discharge brought on by heavy rain or rapid snowmelt; the Mississippi has reportedly reached historically high water marks in four of the past seven years.

Human intervention hasn’t helped. Many river channels are narrower than at any point in their history due to excessive engineering and the construction of artificial levees, ironically designed to keep flood waters at bay. A reduction in channel width combined with a higher channel flow make the sudden levee failure more likely. Devastation to the city of New Orleans following Category 5 Hurricane Katrina remains a poignant illustration of this; flash flooding following a levee collapse left the city underwater and up to 1,800 dead. Hurricanes like Katrina, too, are predicted to become stronger and more frequent as a result of climate change.

While America still has its fair share of those who doubt the severity (or even existence) of climate change, instances of extreme weather are beginning to shape attitudes for the better. A Green New Deal is now firmly on the agenda, both in Europe and the US. The Midwest, industry-heavy and generally viewed as a hotbed of climate change denial, has recently elected several governors committed to meeting emissions targets set during the Paris accords. This is in stark defiance of Trump’s pledge to pull the entire US out of the agreement.

Recent polling shows that the proportion of Americans worried about the climate has almost doubled in since 2013 and young people in particular are more concerned than ever before. Many cited direct experience of extreme weather events as having strongly influenced their views.

While awareness is undoubtedly a vital step forward in the fight against climate change, it may be too little, too late. Reaching emissions targets will require a major shift both in how we conduct our day to day lives – fewer flights, animal products and petrol-powered cars - and how our global economy functions. The latter demands strong, decisive governmental action with regards to fiscal and industrial policy; an urgent shift away from an oil economy and heavy investment in renewables and waste reduction.

Governments rarely act in the absence of incentive, though. Mounting pressure from the electorate will be essential if green policies are to make it onto the agenda and stay there. This is an area where individuals can have a profound impact on the biggest fight of our century; support for politicians and parties who make climate change the defining policy issue of their agendas will eventually produce the leaders Earth now demands.

Voters who are duly worried about the changes our climate is undergoing can no longer afford to be apathetic. That, more than any, is the message to shout from the rooftops.