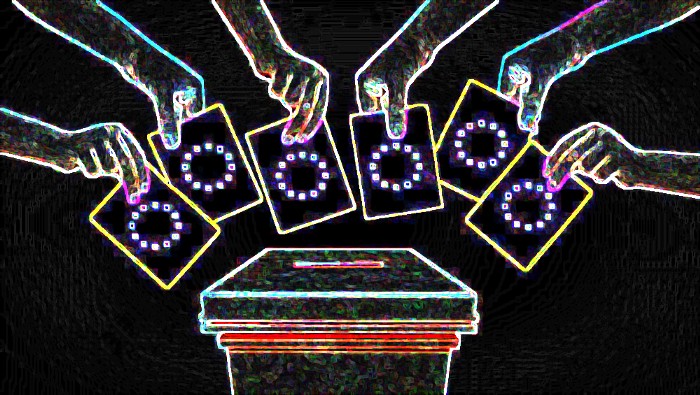 #deniedmyvote: Electoral Improprieties on the Road to Brexit.

The outcome of the European Parliamentary Elections conducted on the 23rd of May 2019, was instrumental in procuring the Brexit outcome of 2021. This is particular in terms of the post-election Brexit narrative in the European Parliament being dominated by essentially ERG proxies and their embarrassing antics, as well as in terms of the poverty and inadequacy of the EU–UK Trade and Cooperation Agreement, for there being little to no constructive input from or participation of, the UK in the European Parliament, beyond relentless faux-patriotism, populist vitriol and the regurgitation of gutter-press conspiracy theories, by our last cohort of MEPs.

In these European Parliamentary Elections, an estimated 3 to 4 million eligible voters, or roughly a fifth of the total UK voter turnout were excluded from casting their vote. The affected voters were British citizens living in the EU and European Union citizens resident in the UK; both groups highly likely to be pro-Remain and pro-European.

British citizens living in the EU were not adequately provided with postal votes and thus could not generally participate in the election. The lead-up to this situation for the purposes of EU citizens in the UK, was the application of an effectively new requirement, subject to the European Parliamentary Elections (Franchise of Relevant Citizens of the Union) Regulations 2001 (“2001 Regulations”), made upon such citizens, to make a declaration (on what is known as a UC1 form) stating where in the EU, they intended to vote.

The underlying purpose of this UC1 Declaration, variants of which are also generally required in other EU countries, was to address the possibility of “multiple voting” in the EU Parliamentary elections, where hypothetically a voter crosses EU member-state borders and casts multiple votes in different countries, in the same election. The likelihood of this actually happening is extremely remote, with only one well-known case coming to light, which for the most part seems to have been a publicity stunt of some sort.

UK local authorities, quite peculiarly however completely failed to notify UK-resident EU citizens about the UC1 form requirement and additionally failed to provide this form to such voters, prior to the Election, including to people who expressly and specifically requested the form. Tallies and records of such UK-resident EU citizens in each voting jurisdiction, were however fully available to such local authorities, as they were subsequently implemented on polling day itself, to actively preclude these citizens from voting, in the form of the names of individual European voters scored out in voter-lists at polling stations.

These improprieties were (and are) in breach of the local authorities’ legal duties, relating to the election, in the meaning of the 2001 Regulations, as well of Article 20 of the (then applicable) Treaty on the Functioning of the European Union in general and in particular 2(b): “the right to vote and to stand as candidates in elections to the European Parliament and in municipal elections in their Member State of residence, under the same conditions as nationals of that State…” and of Article. 39 of the EU Charter of Fundamental Rights.

In considering questions of Conservative Party “deliberation” in excluding certain sets of eligible voters from voting, it is very striking to note that the 2001 Regulations, which were effectively in force from 2002, had never been applied in any previous European Parliamentary election conducted in the UK. These Regulations were additionally never subject to any kind of government discussion at any level either locally or nationally until November 2018, when the first records of these Regulations being on the mind of the Conservatives start to appear online, with no form of public outreach or any public disclosure of such considerations ever being made. This is further compounded by the strangeness of the fact that the Conservatives suddenly and urgently felt the need to implement an esoteric, twenty-year-old statutory instrument, in anticipation of an election they never intended to participate in; actually confirming the occurrence of the election, on the same day that EU citizens needed to return the UC-1 form.

At the time, aggrieved UK and EU voters did complain and a “#deniedmyvote” crowdfunding campaign was set up seeking judicial review, which ultimately did not amount to much. The Conservatives following such complaints, did next to nothing, other than trotting out mealy-mouthed professional-immigrant and talking head, Baroness Helić, who on Channel 4 News assured the UK that all this was not a “deliberate attempt to exclude EU citizens from voting” and then went on to state how “she understands Brexit voters” and confirmed her faith in the longevity and resilience of the Conservative Party.

As of the 25th of May 2019, for having stood as a candidate in the European Parliamentary Elections, I made a full complaint to the European Commission, on grounds of National Measures Infringing Union law, to which no response is as of yet forthcoming.

Although, just one passing dereliction amongst many, in the run-up to the current complete failure that is Brexit and the EU–UK Trade and Cooperation Agreement, the active disenfranchisement of a significant proportion of the electorate, by the actions and/or omissions of the sitting government, was very much indicative of the future of the integrity of the UK as a functional democracy under the Conservative regime and in hindsight, should have been taken extremely seriously.

The demands of the Conservative Party vis-à-vis this affair leading up to Brexit, seem to be that this almost negligible risk of “multiple-voting”, which had never really concerned any previous UK government, should be accepted by the UK and EU electorates, as enough of a justification for what very much looks like the systematic “de-Europeanisation” and manipulation of the European Parliamentary Elections by the Conservative Party.

The European Parliamentary Elections were illegitimate, particularly from the perspective of those disenfranchised. Acquiescence of that illegitimacy and an inability to actively and aggressively confront it, almost certainly contributed to the realisation of Brexit, but nevertheless in spite of Brexit, this illegitimacy is an inequity, which should yet be addressed and remedied, and most certainly neither forgiven nor forgotten.