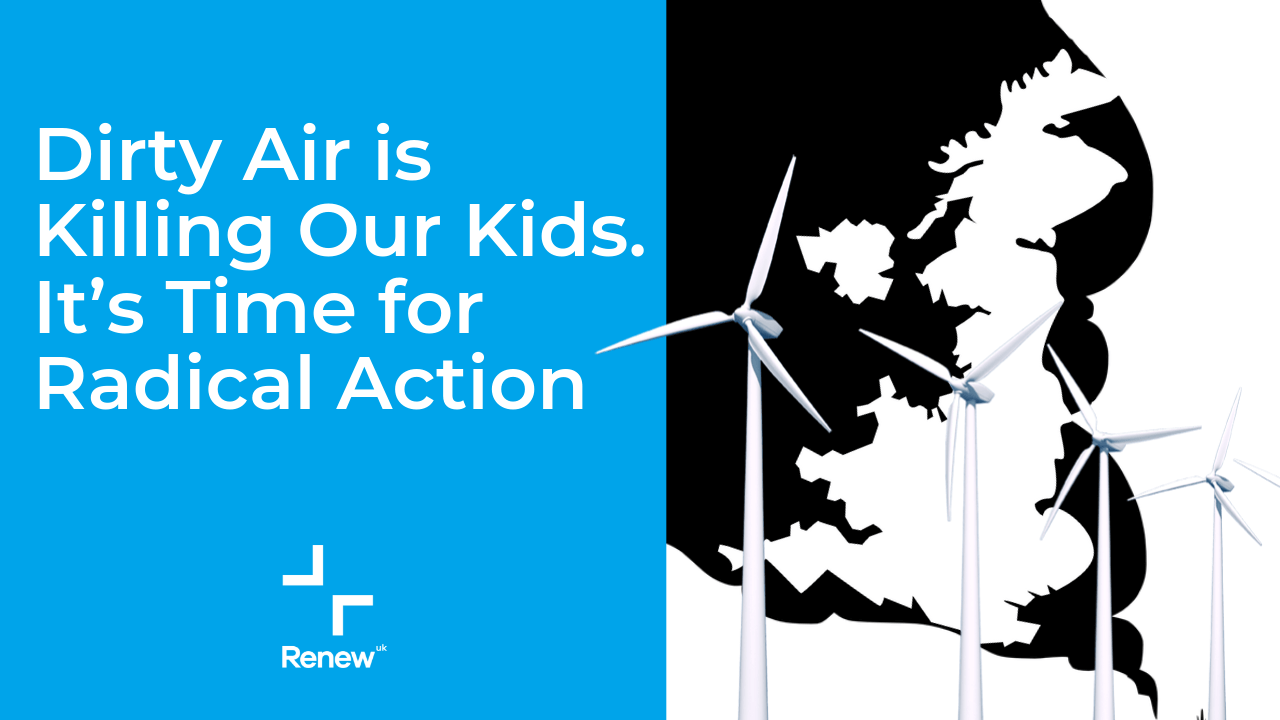 We’ve said it once and we’ll say it again: clean air is a human right.

Two months ago, Renew leader Annabel Mullin penned an article on the importance of cleaning up the air in our cities. Short-term solutions include making air filters in schools mandatory in high-pollution areas, but the problem goes much deeper. It lies in our society and planet’s addiction to oil.

The fatal effects of poor air in densely-populated urban neighbourhoods have been widely documented recently. The Guardian has reported on the situation in depth, telling readers how children are being sent to A&E with asthma attacks after spending time inhaling black carbon particles present in the exhaust fumes of diesel cars. Air pollution is especially damaging to the health of younger children and has been linked with thousands of deaths over the past years.

Sadly, diesel cars are particularly evil in this regard. Although diesel engines emit less damaging greenhouse gases than their petrol counterparts, which is why they gained the blessing of past governments. But we now know that the fumes emitted by them are even worse for our health.

Fundamentally, we need to get off the oil train, and fast. People must be incentivised to buy fewer cars and the cars they do buy must be electric. Electric car technology is now sufficiently advanced to cater for the needs of almost all UK citizens, the vast majority of whom live in urban centres. You do not need a car with a long range when you only use it for the school run and trips to the supermarket.

Yet, like with so much in this country, we have lacked the political will to achieve a radical transition to a clean future.  Electrical charging points are few and far between aside from in wealthier, trendier parts of our biggest cities, and even then there are not enough to cater for everyone. To follow in Norway’s footsteps, where around 30% of new cars bought were electric in 2018, requires radical government action and a fair bit of money. That’s money currently being spent on HS2 - which many would suggest is not the wisest of investments.

We can argue about the best way to make this countrywide investment plan happen. But our health and that of our kids is not up for debate.

Every breath we take is priceless - and that’s why we ultimately need to make oil as taboo as tobacco if we want to resolve this crisis.

For people, For communities, For the nation.