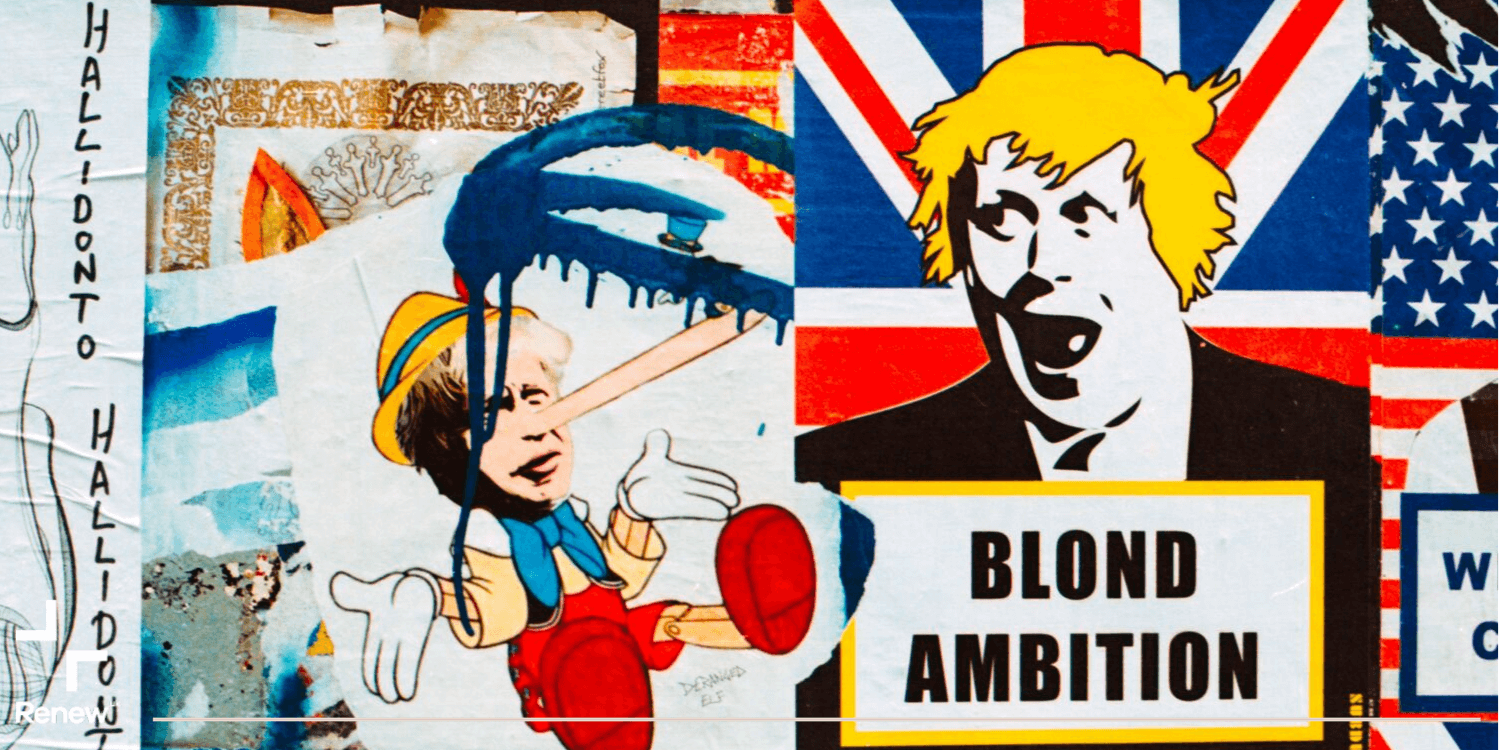 Renew Candidate for Lewes, Paul Gerken, invites us to play a game with him: the great Despot Bingo.

There is a classic set of requirements to be a certified despot in today’s modern world. Like many others, I thought our chances of being lucky enough to have our very own British tyrannical leader (a Brit-pot, if you will) were so remote as to be laughable. Yet here we are – achingly close! Here is what I have ticked off so far:

The despot loves a big and bold statement of engineering capacity, and horrendous waste of public resource, for the sake of their own ego being attached to it. Boris Johnson not only has a host of these in his back catalogue (I’m looking at you, that monstrous helter skelter thing next to the Olympic Stadium), but he is brimming with ideas for the future. Building a f**k-off bridge to Ireland from Scotland was one of Boris’ most recent mind farts to hit the news.

No point in uniting people when you’ll need one half to imprison the other half in detention centres, am I right? So the despot will naturally want to incite as much anger and hatred in people as possible. How about calling a piece of legislation a ‘surrender bill’ and inexcusably make people think that the Brexit negotiations are akin to losing a war? Circle your cards, we’re angry.

Loyalty trumps all else when you’re running a dictatorship. For MPs, their opinion is a ‘thanks but no thanks’, and the information they will receive is strictly ‘need to know’ only. Heads up; you don’t need to know anything, guys. Be loyal, don’t question, fall into line. Bozza’s move to chuck out 21 MPs from the party within a heartbeat of starting his job proves his intention to literally take no shit from no-one. Which takes us to…

Complete Closure of the Legislature

If he can’t be arsed to listen to the crap from his own side, what makes you think he’ll take it from Labour and some bleeding heart liberals? This is one I thought I would have to wait a while to cross off my card, but old BoJo didn’t waste any time with his attempt at the complete removal of democratic scrutiny. If you’re a despot, the last thing you want is elected representatives drilling you over what it is you’re doing. Go rogue and prorogue! Tick!

Power comes from the masses, so it’s easy pickings to kick someone who is a little bit different. Piccninny-letterboxed, watermelon-smiling bum-boys take note; you’re in for a rough ride under the sweaty ham-fist of this soon-to-be despot.

Judges can be a pain, can’t they? Especially when they are so detached from the ‘Will of the People’! It’s like they don’t even consider the People’s whims and fancies in their rulings at all. They just seem to rely on process, precedent and rationality. BoJo shares in the People’s frustration; he’s a man of the People. Best just to declare publicly when they get it wrong, for short-term gain, as nothing could ever go wrong from undermining confidence in our legal system.

Have an Evil Mastermind Sidekick

Less a requirement to be a despot, and more a villain for comedic relief in a Disney film, having an Evil Mastermind Sidekick is a fun one to mark off your Despot Bingo card. Whilst many a sidekick huddle in the shadows, Boris’ right hand man, the infamous DC, loves nothing than to be pap-snapped trundling into the Prime Minister's Jag, tote bag and air of arrogance in toe. Dominic Cummings adds a genuine touch of 'holy shit he’ll really let us all burn' air to proceedings.

More Police for a Police State

'20,000 more police! 20,000 more police!' says our Bo, ad nauseam, like it’s the solution to absolutely everything. The irony of being part of the government that removed the 20,000 police in the first place is, I fear, somewhat lost. However, you do need police numbers to effectively run a police state, so get the recruitment machine whirling early, I’d say. Circle circle!

Absolutely fundamental. Think of any man hell-bent on dictatorial lunacy and you’ll find hair that defies convention. From your Kim Jong Un wedge, to your Trump blow-out, and our own Johnson’s ‘Eton Mess’, you can’t expect to rule with an iron fist if you haven’t got the barnet to prove it. Luckily, with Johnson’s scrappy ‘Children of the Corn’ locks, we’re on track to call Bingo.

There’s no point being in power if you can’t dole out treats to whomever you want to bone. Now, I’m not saying that anyone in the current role of Prime Minister has done that, but if he were to be a Despot, that’s what he’d do. So, until any independent investigation, let’s say we leave this one under review. Close, highly-scrutinized, review.

People, we’re nearly there! Just a few quick skips into the breakdown of democratic institutions and we will have a fully-fledged despot at the helm of power. Strap on to your seats; I feel I am about to call ‘BINGO!’