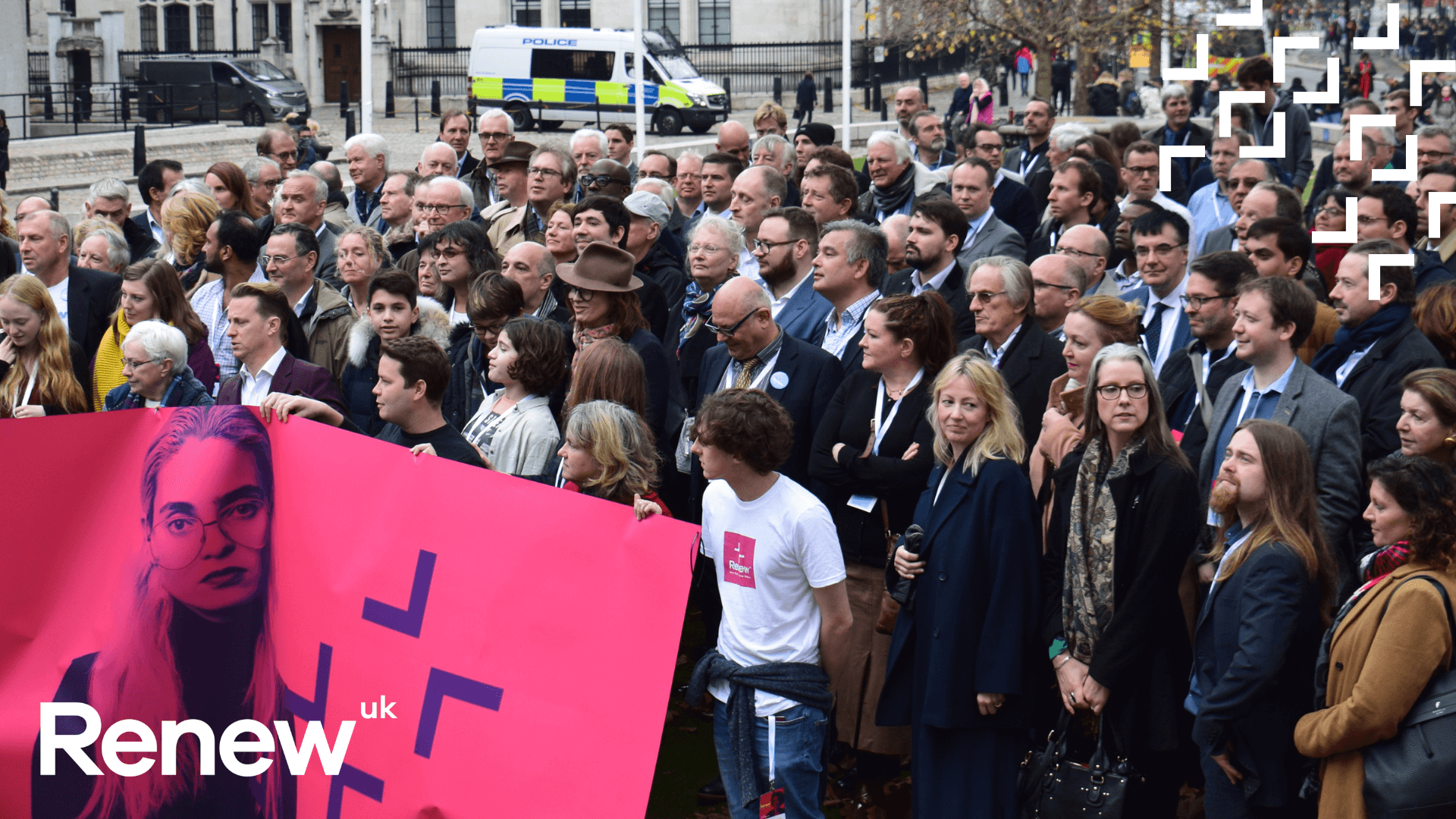 It is not only British politics that has heated up in the past two years. 2018’s scorching summer was a due reminder of what is to come if we do not rapidly transition to clean energy and requisition carbon from the atmosphere.

It was in this context that Sir David Attenborough spoke at UN-sponsored climate talks in Poland this week. By taking the ‘People’s Seat’ at the conference, a national icon hopes to convey the urgency that people in Britain and around the world are starting to feel on the need to tackle climate change.

That urgency could not have been clearer on Saturday 24th November, when I travelled down to Westminster for Renew’s inaugural National Assembly.

This event symbolised a sea-change in British politics, as ordinary people from across the spectrum came together to celebrate the growth of a new force ready to discard ideology in favour of science and progress.

Meanwhile, just outside our venue of Westminster Central Hall in Parliament Square, protest group Extinction Rebellion were taking to the streets to combat climate change.

This was a different kind of congregation. Activists were holding up traffic, marching across bridges and generally being as loud as possible so that people might take notice of their cause.

Meanwhile, in Australia, school children feel the need to walk out from school on strike because they feel that their future is being out at risk. Closer to home, ordinary people must campaign against multi-national companies seeking to frack our precious countryside for gas at a time when clean energy is growing ever cheaper and has the potential to create more jobs.

I am Renew’s environmental advisor and run the environmental think-tank Carbon Tracker Initiative. I know as well as anybody the immense challenge of climate change, so I fully understand the frustrations that have led to the Extinction Rebellion’s tactics. The situation is really dire; we have left it so late that we have a limited window to act and we face huge disruption because of it. Around the World we are already seeing extreme weather events, such as wildfires in California, hurricanes and, closer to home, extreme heatwaves, flooding and storms.

So I get the reason for Extinction Rebellion. We really need to wake up and smell the coal.

The irony is that we have the clean technologies to tackle this and create high quality jobs, clean growth & prosperity for our country.

Luckily, Renew is an example of the kind of radical thinking we need. It’s a chance to listen to the people and reboot politics in the age of global warming, setting our country on the road to clean growth and prosperity.

A party unbound by ideology or donor promises will not subsidise filthy fossil fuels. It’s much more likely to rapidly expand investment in offshore and onshore wind power - an economically sound decision as well as a clean one. And it’s much more likely to embrace modern technology like electric and hydrogen-powered vehicles since it sees opportunity in invention. This technology can provide alternative clean, cheap and effective transport for the people of this country.

By backing a party like Renew, we embrace the immense environmental challenges that face our nation and our species. If we continue to run from them, I’m afraid that a few blocked roads will be the least of our worries.