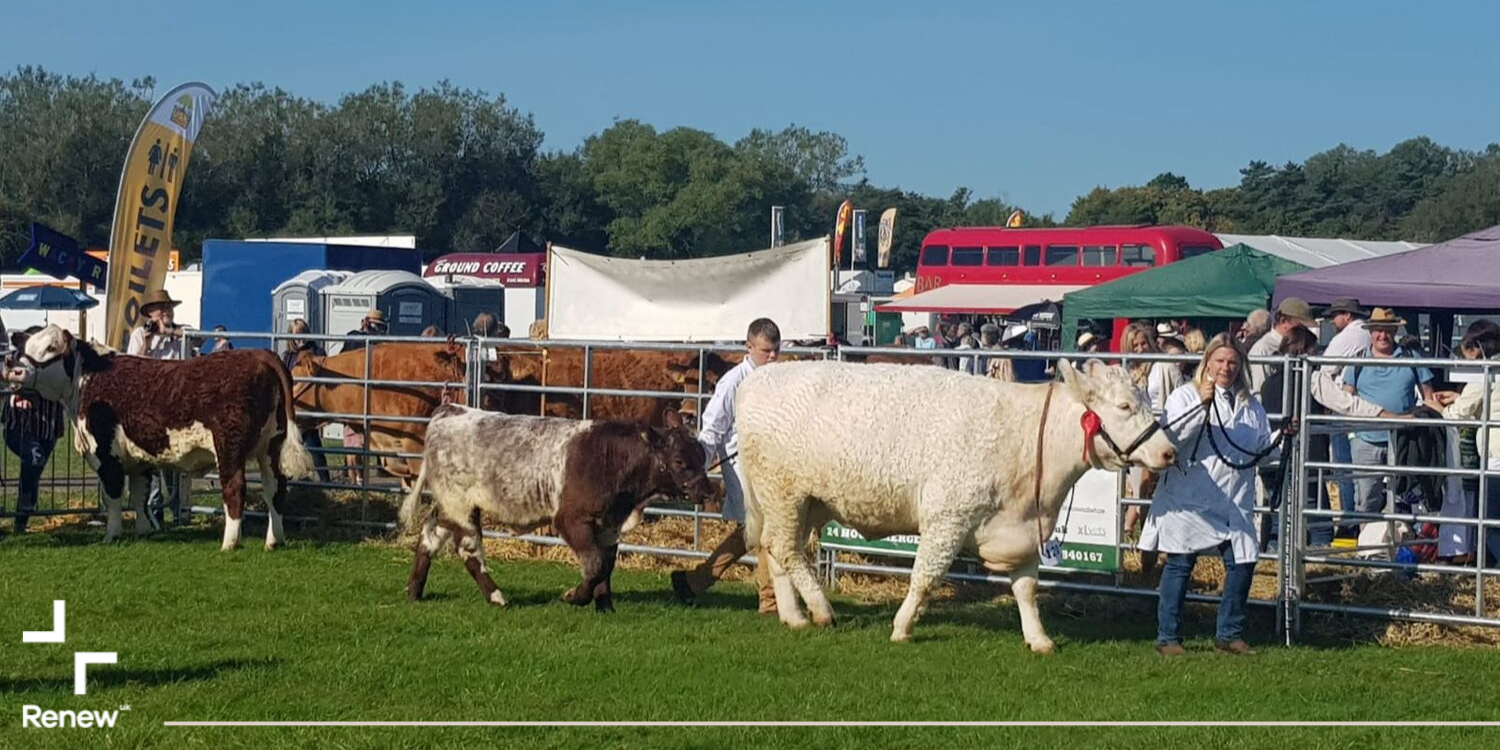 Climate Change and Cattle: A Week With Renew

David Britten updates you on the latest Renew events.

It was Harold Wilson who said that a week is a long time in politics, and I can confirm that. Last week was a long week.

As the Liberal Democrats officially adopted Revoking Article 50 as Brexit policy, Scotland’s highest court ruled the proroguing of Parliament unlawful and the Supreme Court poised itself to rule against Boris Johnson, I headed to the Green and Tonic debate on climate change in London. By the end of the week, I had ended up at the Usk Country Show to discuss the current state of politics with the farming community.

Green and Tonic was founded by Renew member Anthony Hobley to create debate around climate change and sustainability. The event was chaired by Anthony and the speakers were Gail Bradbrook, co-founder of Extinction Rebellion, Kate Hampton, of CIFF (Children’s Investment Fund - the world's largest philanthropic institution that focuses specifically on improving children's lives), Adam Woodhall and Malini Mehra. The discussion topic was the urgency of the climate crisis - can the UN summit deliver sufficient ambition?

Gail Bradbrook started the debate by explaining XR’s key government demands, centred on telling the truth about the urgency of the climate crisis. It was a feisty speech and XR’s plans for October were discussed in depth. As we currently have no sitting Parliament (until tomorrow, that is), there was concern that Prime Minister Johnson and sidekick Dominic Cummings could call a national emergency if there was a repeat of XR’s bridges protest, with Johnson then able to make decisions which would ultimately take away from the focus of stopping Brexit. 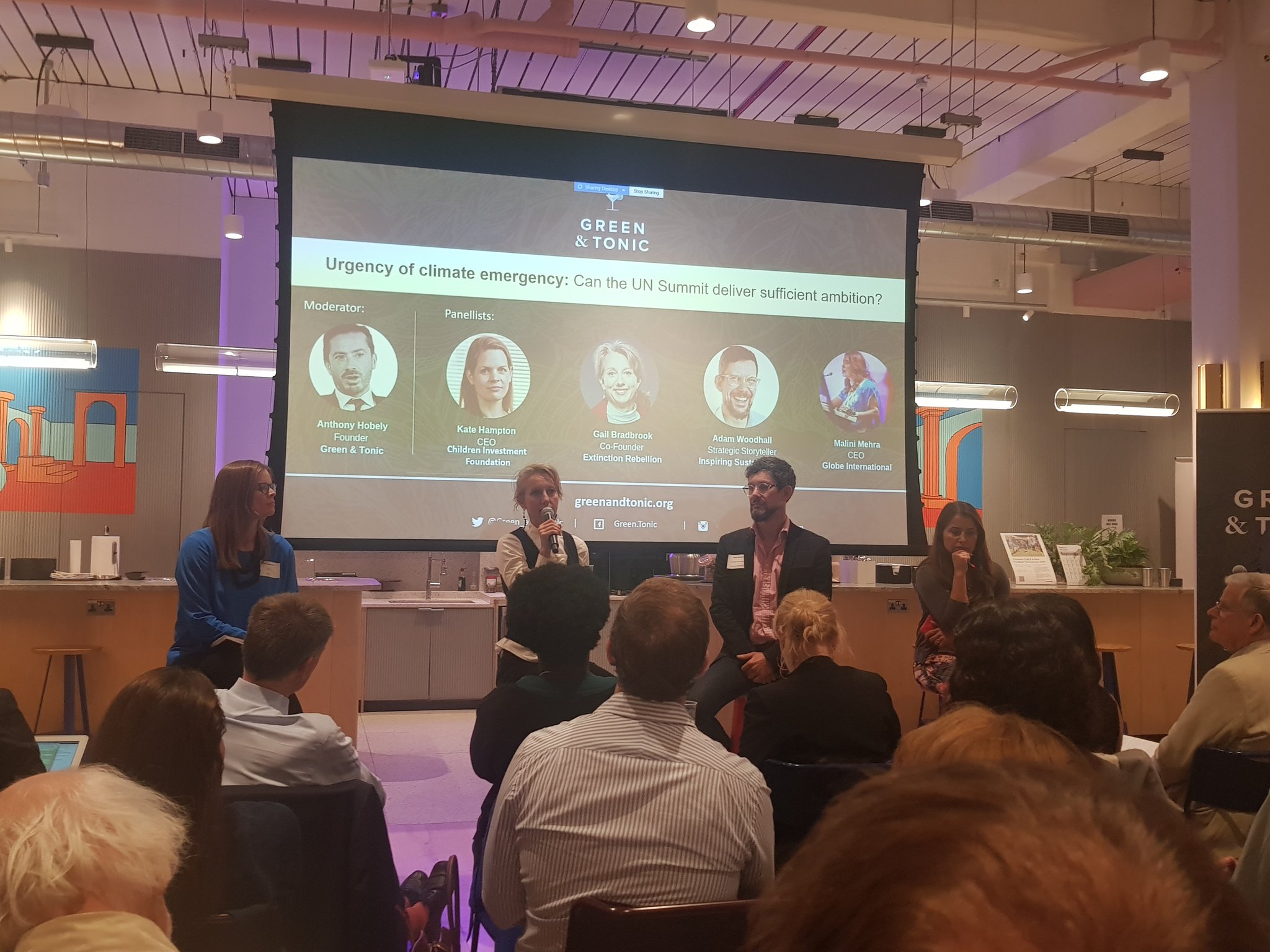 Kate Hampton discussed the need to make developing countries jump the energy cycle to create a low-carbon world and avoid high-emission development, a legacy left by our own Industrial Revolution. A good example of the excellent work done by Kate’s organisation is in Africa, where it helped a developing country to have the majority of its electricity needs met by renewable energy.

As for my other political trip - the Usk County Show is held in the county of Monmouthshire, which voted 50.44% to remain in the EU. Monmouthshire is in Wales on the English border and has a strong farming community.

We worked with other political parties at the show, and took a stand under the Remain Alliance banner. Along with Plaid and the Welsh Green Party, we chatted to visitors, asking them to take part in our Renewometer survey (pictured below). The conversations and results were interesting: 99% of participants were unhappy with how politicians are handling Brexit and most were hugely distrustful of politicians. 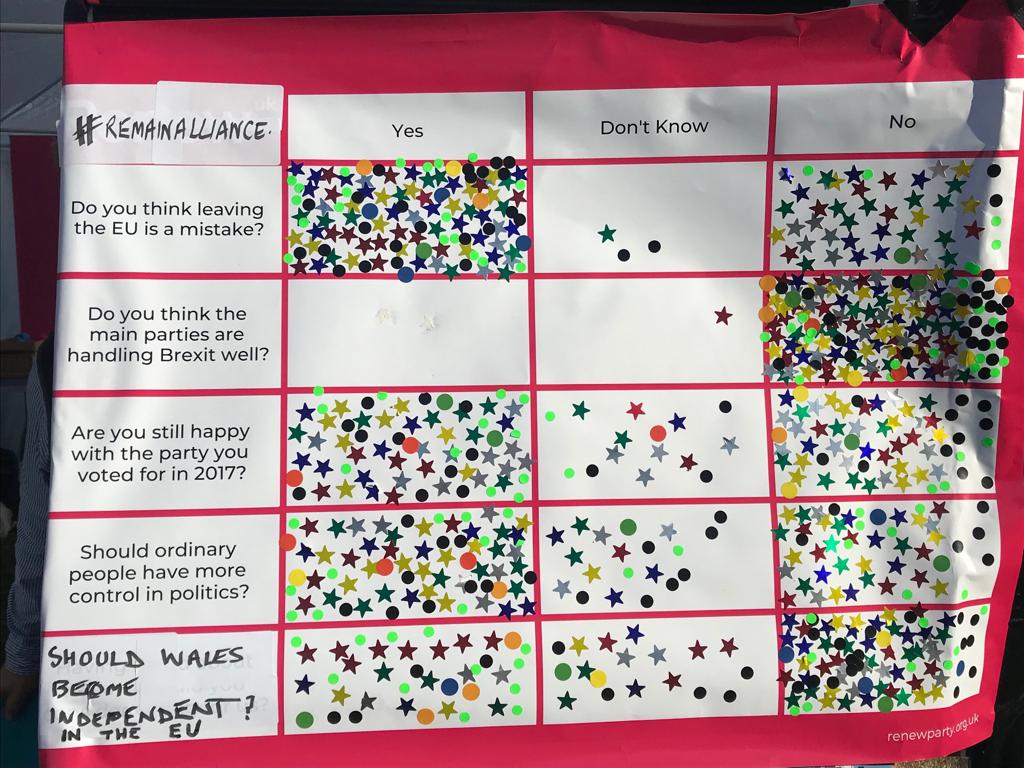 The farming community is very robust, but it also acknowledges its important role in our society. Most farmers know that their industry would suffer the most after a no-deal Brexit.

So what do these events mean for Renew? For me, they show that there is a real space and need for our party, one prepared to work with other groups to reduce inequality in the UK and tackle our environmental problems.

The reduction of inequality and the rise of technological innovation can be the UK’s bright future, and Renew will work with anyone dedicated to achieving it. 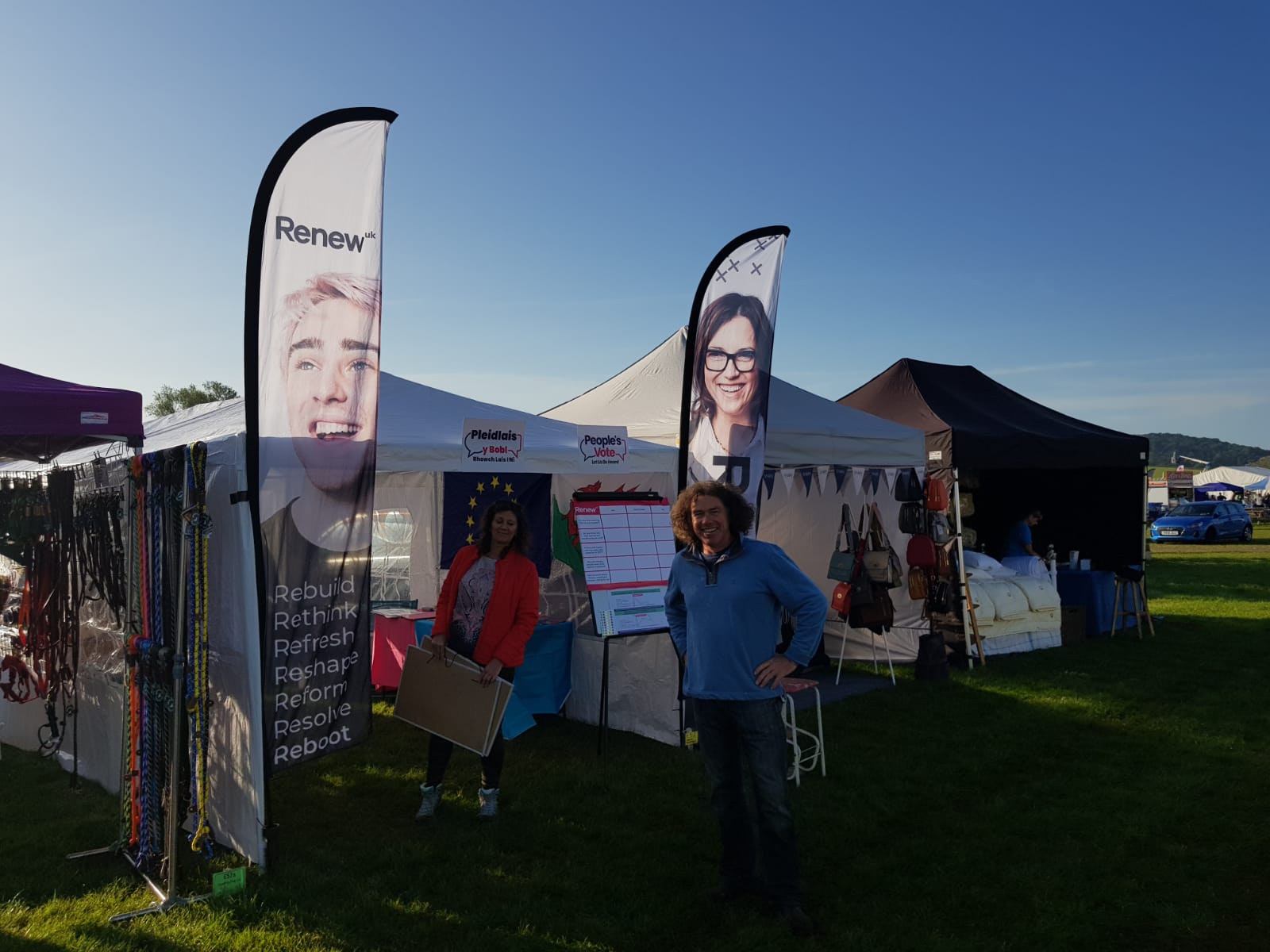