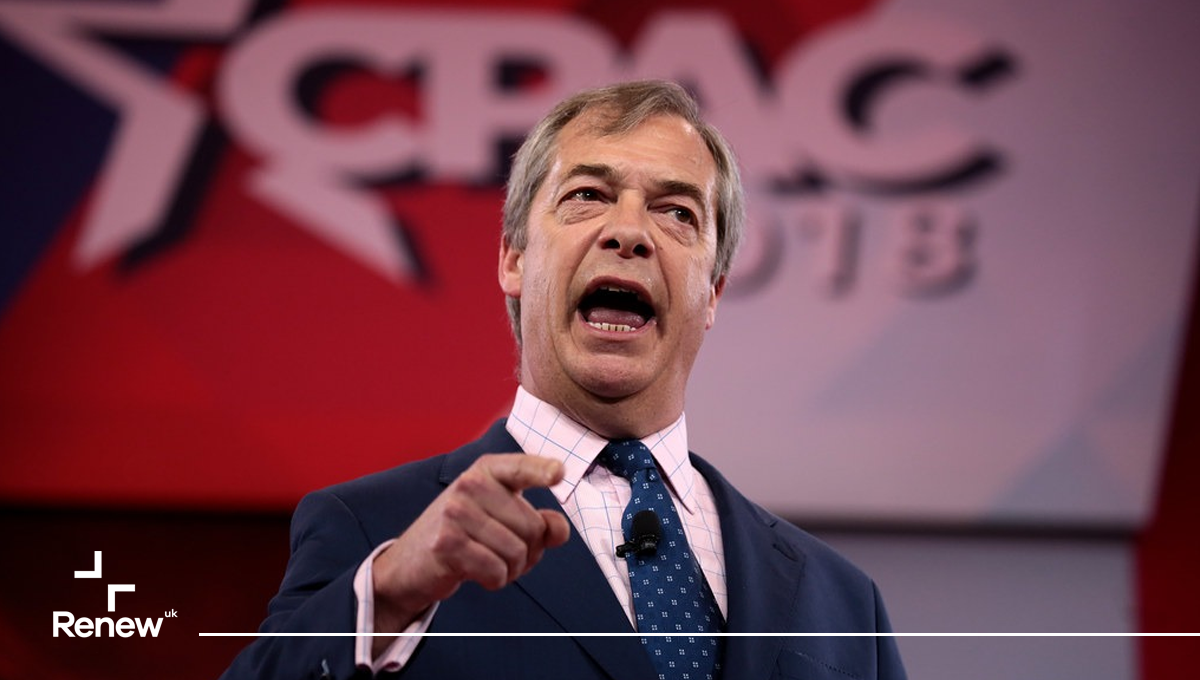 Ben Habib Says What We All Fear: The Brexit Party Have Lost the Plot

Down at a recent London hustings event, observer Paul Gerken sees fear and loathing at the heart of the Brexit Party.

The scene at Hammersmith and Fulham’s European Movement hustings was never set to give the Brexit Party the warmest of welcomes. Staged in the Irish Cultural Centre in one of London’s most ‘Remain’ areas, the candidates from pro-remain parties knew they were playing to home a crowd. The room was packed with expectation and the Fulham faithful knew what they wanted to hear: Brexit is a disaster, and the Brexit Party is disastrous. Ben Habib, one of The Brexit Party’s melange of somewhat-high-profile candidates, sat regally in front of the baying crowd. Dressed in one of the most expensive suits I have seen, Habib - millionaire man of the anti-elite - was priming himself not to disappoint.

But first up, the introductory speeches. Change UK’s Gavin Esler, with a background in broadcasting, irreproachable remain stance and a deft capacity to land a joke, stood out as an early favourite. Lambasting Labour's middle-of-the-road approach, Esler argued that Labour was a metaphorical dead hedgehog, standing for nothing whilst being run down by both directions of political traffic. Tell that to Seb Dance, however, who had spent his stump speech telling the room exactly what he will be doing in Brussels over the next five years. Dreaming, one can only imagine, that he lived in a parallel universe where his Leader wasn’t in daily negotiations with the Tories to seal the UK’s departure.

Sky’s Lewis Goodall proved to be an entertaining and knowledgeable compare, his only fault being not getting to the audience quick enough. It was only when faced with the curve balls that come from audience participation, that Habib shone a light on the inner lunacy of both his own mind and that of the newly founded Brexit Party. The first ‘I-cannot-believe-he-actually-just-said that’ moment came when challenged about a somewhat significant conflict of interest of pursuing a hard Brexit that would inevitably bring about a fall in the pound. A hard Brexit causes the pound to crash, property becomes cheap, the millionaire property magnate buys lots of cheap property, the value increases eventually, the millionaire property magnate is even richer. What on earth is wrong with that? Habib is the only one who believes in Britain! Why shouldn’t he buy up cheap property after instigating a hate-filled campaigned, that puts hundreds of thousands of jobs at risk, precisely to cause a drop in Sterling, so that he can buy cheap assets? It’s so fantastic to be a patriot.

Note to self, Habib, you’re not actually supposed to share your evil plan out loud…

Next up, the Irish border. You’ll be pleased to know this is entirely a non-issue. Phew - what were you all worrying about, everyone at the Irish Cultural Centre? Habib is here to tell you that because there are borders in the world that aren’t ringed entirely by 12 ft walls of cement, there is, in fact, no issue at all. There are millions of miles of unpatrolled borders, so where’s the beef? Habib had a perfect example up his sleeve to placate the naysayers - the Pakistan and Afghanistan border. And he knows because he’s a bit from there, so... It’s all going to be fine.

Par for the course on Brexit crazy golf is to mention that we don’t need to pay 39 billion to the EU and that we’re just going to waltz into a totally dreams trade agreement with the US, so nothing new to see hear. Habib mustered just the regular tutterings of general despair when he shared his party’s genuine belief that you can walk away from all obligations with your closest neighbours and somehow everything will be just totally fine.

But it was in the closing moments that Habib really went for gold in political what-the-fuckery. After having opined earlier in the evening about how much he believed in democracy, he was challenged about Scotland’s right to determine a future outside of the UK. Well of course for Habib, democracy means only having one vote about one thing ever, regardless of a change of circumstances, so it’s a natural ‘no’ from him. Scotland made their choice, and we will gamble that the world’s largest ever case of Stockholm syndrome descends across everybody north of Hadrian in the glorious years ahead. Challenged on the point, Habib went further - if we are out of the EU, Scotland would have even more dependence on England and it would be economic suicide for them to leave. Scotland would never leave, considering how economically tied they would be to this union with England. OK Habib, that’s sounding… familiar?

Oh these beautiful Brexit sunny uplands, so near you are. If only everyone in Britain could see what Habib sees. A pound through the floor to create cheap assets, supermarket shelves filled with hormone-pumped US meats, half of a nation held hostage by the other whilst its international reputation is torn to shreds… welcome to Brexit Britain: a vast commercial opportunity. Just do make sure you have the foresight to be a millionaire before we leave.