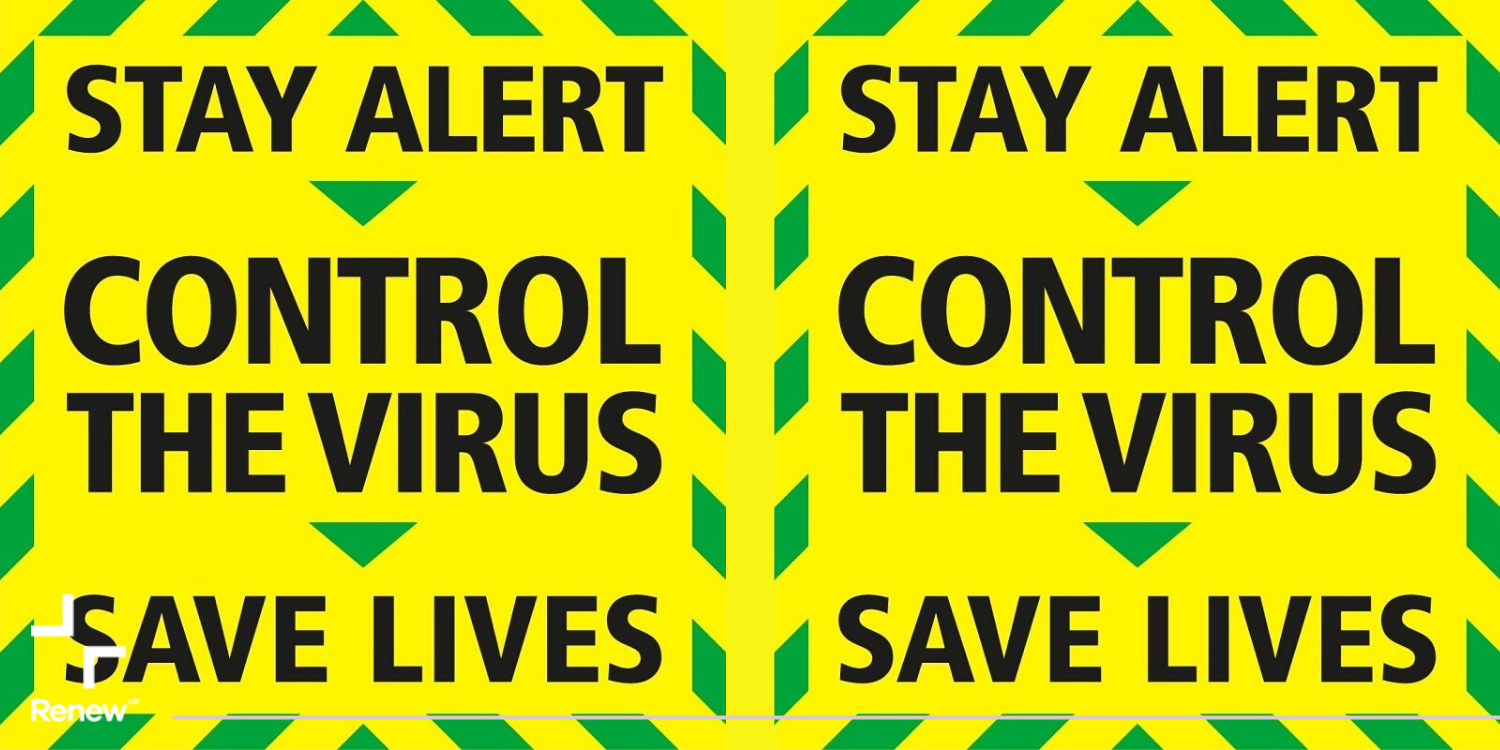 But when can I see my friends again, Boris?

Renew's Brogan Meaney explains her frustrations with the shift in government messaging and asks: when will we feel safe again?

The PM’s pre-recorded address to the nation on Sunday was meant to update us on the next stage of lockdown; instead, in what we’ve come to learn as classic Boris Behaviour, his vague, meandering rhetoric raised more questions than it answered. This was followed by a cacophony of conflicting messaging from various government ministers as they desperately attempted to explain a standpoint that they — in quite a distinctively separate level of clarity — did not understand either.

Of course, in the wise words of Boris Johnson, to make sense of the government “guidelines”, we simply need to use our “good solid British common sense”.

Needless to say, we shouldn’t have to rely on our “common sense” — which will greatly differ on an individual level due to our varied life experiences and perspectives — to establish how best to protect ourselves from an invisible virus.

What we all want to know, is when will we be able to hug our friends again, when will be able to kiss our grandparents, our grandchildren? And, the sad reality is, at least in my immediate echo chamber, that months of inadequate protection and guidance from this virus by the government has instilled a fear in the public that will prove hard to squash. Especially when attempts use methods of inexplainable maths equations such as “COVID alert level = R + number of infections” and wishy-washy messaging points like “stay alert” and "control the virus”. The government is trying to move away from the “stay home” messaging. But “stay home” is a clear instruction; the success of which ensures a polarising impact for any variation.

Throughout the pandemic, the government have continued to treat us like uninterested, badly behaved school-children. They’re following “the science”, science that, obviously, would be so incomprehensible to us that instead we’re presented with pretty, colourful graphs, censored reports, and short, unclear yet irritably catchy messaging. We are expected to blindly follow their rules — rules which remain unspecific and indistinguishable, even for the government ministers who have been prepped for the press by those creating these rules.

The change in government messaging, from the comprehensive “stay home” to the equivocal “stay alert”, does not signal an ease of lockdown restrictions; instead, it marks a change in narrative, and a shift in blame and accountability, from the government and the state to the rest of us. This, and Boris Johnson's talk of PPE shortages and the care home epidemic as though he hasn’t been the one in charge of these things, demonstrate the governments’ washing their hands (for at least 20 seconds) from the burden of responsibility.

And so, we’re turning on one another, blaming ourselves for the failings of the government who are meant to protect us. We’re blaming the couple out doing their food shopping, the group playing frisbee in the park, the mother with the stroller who passes us on the pavement within touching distance, the commuters piling on the tube during rush hour. It’s not inadequate PPE, it’s not the lack of testing, it’s not the mixed messaging and unreliable sources that lead to headlines across all mainstream newspapers just before a sunny bank holiday weekend such as “Hurrah! Lockdown freedom beckons”. No. We must “stay alert”, the government says. But stay alert for what, for who? Because how can one “stay alert” to an invisible respiratory virus, an infection from which many of us will be asymptomatic? The only interpretation (we should not have to discuss “interpretations” of government guidelines for an exit strategy from a lockdown caused by the spread of a global pandemic) of: “stay alert” I can think of, is: “stay alert to others around you”. It appears the only clarity in the governments enigmatic messaging is to distrust those around us.

In a nation already so divided and distrusting of others we share a land with, laws with, a national identity with, what will this further distrust do to us? This virus has reaped havoc on our globalised world — travel bans, suspicion and contempt for labels reading “made in China”, comparisons and critiques of other nations and their death tolls, the continuous global competition for protective equipment and tests. And, on top of this, Nigel Farage has attempted to reignite his soggy, stale, discriminating debate on illegal immigration, travelling to the coast of Dover to demonise the most vulnerable of all, at a time when our daily death toll was rising exponentially.

Keir Starmer stated in the HoC on Monday: “what the country needs is clarity and reassurance. And at the moment both are in short supply.” But what he left out was responsibility.

The government refuses to acknowledge the devastating effect years of austerity has had on our public services, our economy, our livelihoods, the inequalities it has stretched and stretched and stretched. There are many factors to blame for the UK’s huge, regrettable death toll, and the majority of fingers point at the government. Yet, onwards, they continue, with this strategy of deniability.

But there will be no “going back to normal” until the public feels safe. And, I for one, find little interpretation within “stay alert” that makes me feel safe.