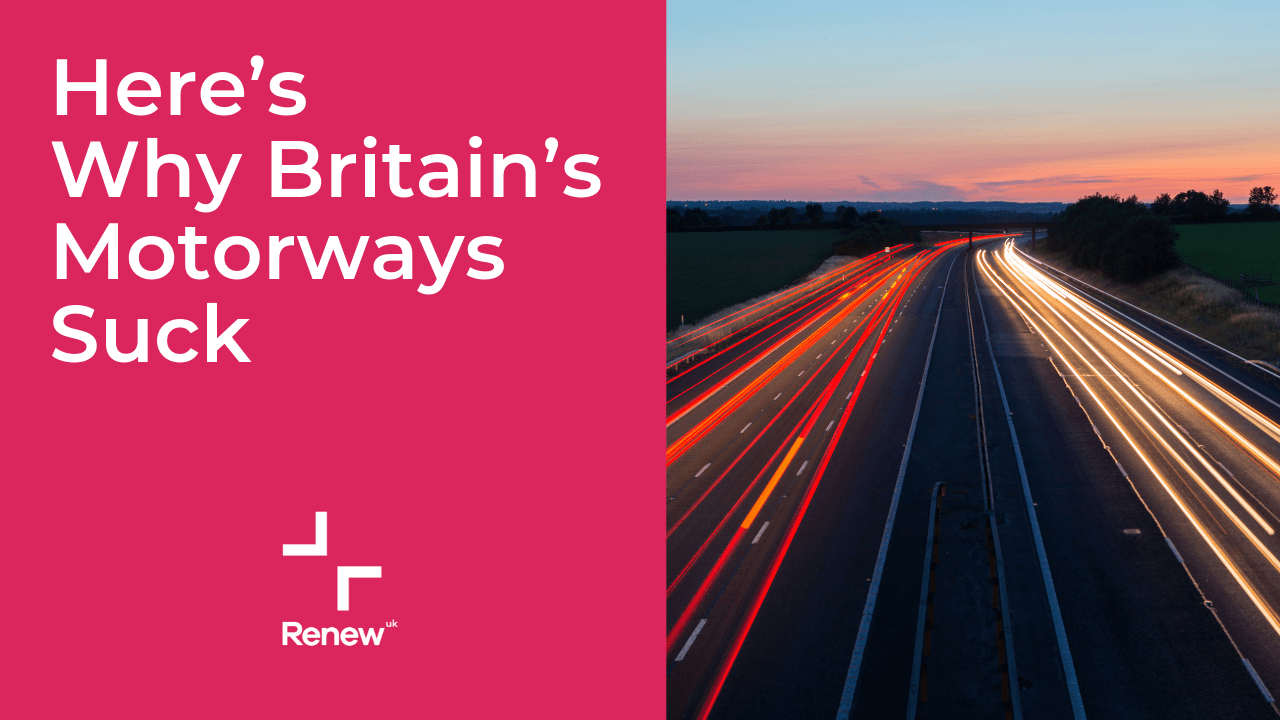 What do Plymouth, Ipswich and Lowestoft all have in common? They are by the coast, they all voted ‘Leave’ and they are not connected to the motorway network.

One of the main motivations for voting Leave in these areas was the feeling of being economically left behind. People thought they had been missing out on the benefits of globalisation. But more locally, poor transport connections have been one of the driving factors keeping businesses from investing in these areas and creating well-paid jobs.

Take Lowestoft, the most Easterly town in the UK. It is served by two single track roads: the A12 and A143. This is hardly a selling point to any major business and the town struggles to gain major investment. This scene is replicated across the UK, where towns and cities are not connected to the motorway network . Businesses that depend on transport invest where there are motorways.

There is also the cost of congestion. The UK motorway network is very limited; if there is an accident, it will grind the network to a halt, with no alternative route aside from ‘back roads’ running through towns and villages. Diverting through them puts the lives of rural pedestrians and cyclists at risk.

Elsewhere, the M6 through Staffordshire and Cheshire is the main route between Birmingham and the North West. It is one of the most congested and accident-prone stretches of the network.  However, if the M54 was extended further to Telford via Shrewsbury, then north to Chester and connecting to the M56, it would provide an alternative route should that section of the M6 see a major accident. In normal conditions, it would take traffic destined for Shropshire, North Wales and Merseyside away from the M6.

Since the year 2000 the UK has built barely 100 miles of motorway (0 miles since the 1970s in Northern Ireland). France has built 850 km and Germany and 650 km in this time. Since 2000, Ireland has built more than 770 miles of motorways connecting all their major cities - Cork, Limerick, Galway and Waterford - with Dublin. All this in a country geographically smaller than the UK.

Governments have put off major infrastructure decisions for fear of losing swing seats. But Britain’s motorways are a mess and radical action is needed. My proposals would be the following:

Motorways are just one element of the UK’s transport problems, but like our public transport system they need to be rebuilt and renewed.

Of course, were we to remain in the EU, we could have beautiful motorways - and Brussels could pay for them!

Now where have I heard that before...