As we cascade, thunderously, exhilaratingly and shrieking to a no-deal Brexit, a vanishing economy and a winter of COVID, in a wild spirit of carefree panic, cautious recklessness, thrilling, intoxicating death-wishes and nihilistic despair, and with the strangest summer of all time well underway, perhaps we can take a moment to look back at the last four years of twists and turns in the world-beating reality-opera, known as 'The UK'.

Since its controversially sensationalist 2016 referendum reboot, the car-crash TV phenomenon 'The UK' has been must-see viewing for a population that just can't look away.

The show has gone toe-to-toe with Game of Thrones in terms of blood-letting (if not sexiness) with the unexpected defenestration of lead character David Cameron in season one, episode one setting its peculiarly distinctive tone of dark, unpleasant violence and absurdist comedy.

The first season was driven chiefly by a kind of demented energy that produced its greatest hits, including Liam Fox's deathless pronouncement, “The free trade agreement that we will have to do with the European Union should be one of the easiest in human history”, not to mention the following unforgettable deliverances:

Season two began in 2017, not with a death, but with the foreshadowing of two, with the writing on the wall for Theresa May and the false dawn of plucky underdog and friend of the oppressed Jeremy Corbyn and his band of inept assassins, the ironically named 'Momentum'.

Acrimony, brinkmanship, deceit, betrayal and inadvertent farce defined seasons two and three, with the emergence of unlikely impish hero John 'Order' Bercow, the PM's terrifying transformation into the Dancing Maybot, the burgeoning insurgency of the People's Vote marches, Change UK's slapstick turn, 'Springtime for Swinson & Revoke' and other storylines too numerous and woeful to recount.

Season four opened with the somehow inevitable leadership victory of the people's pantomime hero/villain, political Marmite-monger and the man that viewers love/hate/disbelieve Alexander Boris de Pfeffel Johnson and his preposterously evil Grand Vizier/man-servant/puppet-master Demonic Cummings. From here the drama ratcheted up a notch or seven and the sheer volume of events threatened to overwhelm all but the most hard-core fans/victims. 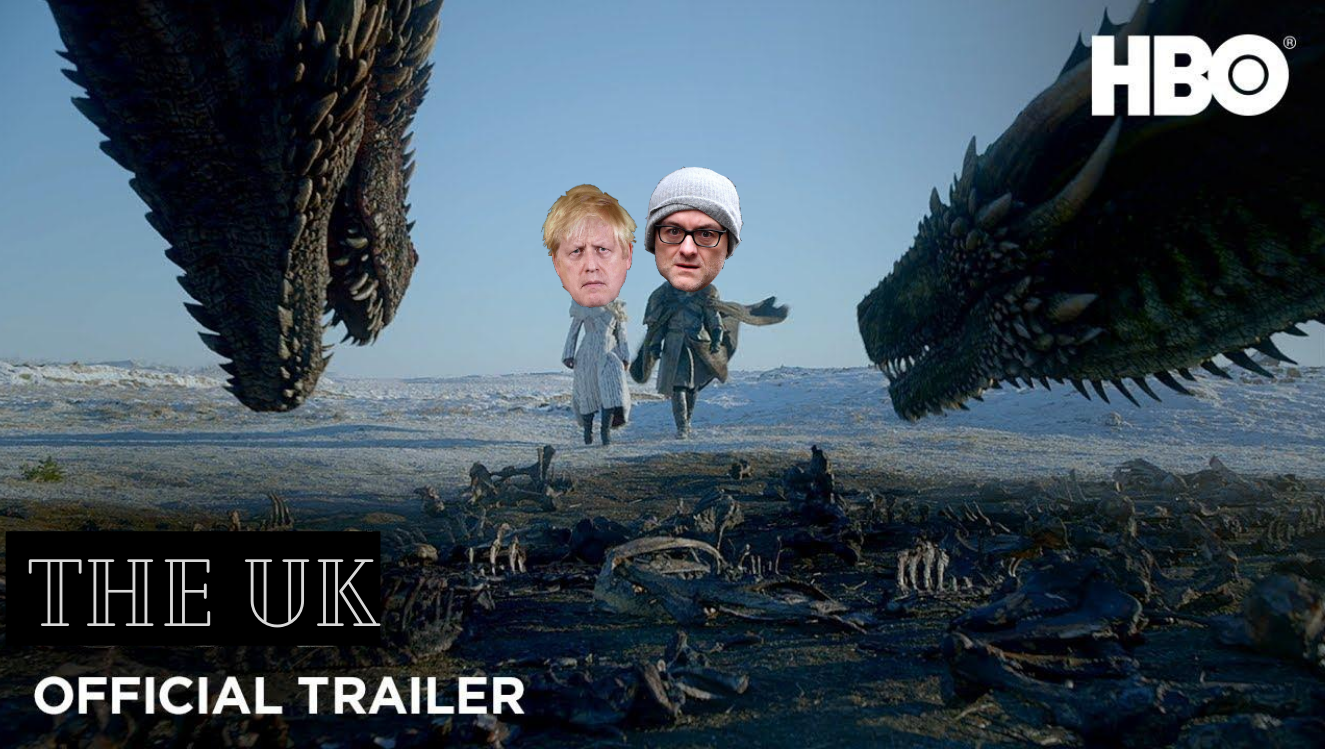 Who can remember (who can forget?) this barrage of brutally random chaos?

And so it goes on, a seemingly inexhaustible show with an ever-evolving cast of improbable events and people.

'The UK' is now entering its fifth and possibly final season, with a great many issues still to resolve. Will the UK snatch defeat from the jaws of more defeat in the EU talks? Will golden boy Sunak grasp the throne? Will we get that elusive trade deal with Mauritania? Will the blue wall hold? Can Starmer cut out the poison and cauterise Labour's wounds? (Spoiler: No). Will Scotland finally leave the show? If so, will we still be tuning into a spin-off, called 'The England' or will that be just too ridiculous?

'The UK' has been a roller-coaster of a show, with the brakes ripped out for fun and the maintenance man at home on furlough. Many find it a bit OTT, straining credulity, struggling with more and more far-fetched narratives and implausible characters (Jacob Rees-Mogg's appearances are more grating than Jar Jar Binks).

With suspension of disbelief being the state many of us have been in more or less permanently for some years now, perhaps the 'The UK' can reinvent itself. For those of us with only UK passports, we just (literally) can't wrench ourselves away from it. 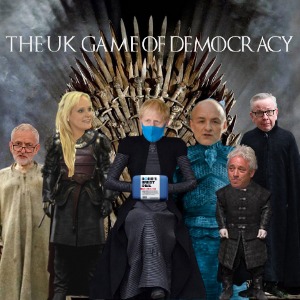 Why weren’t critical facts published?: Chris Lovejoy poses the question: how can we help the UK resolve this crisis before its too late?