It was a shame how he carried on.'

(with apologies to Boney M)

This week has seen the PM mired in the kind of scandal that tends to stick. Having ill-advisedly picked a fight with his notorious former advisor and grudge-holder Dominic Cummings, Johnson is now reaping the whirlwind of a wonk scorned. His wretched performance at PMQs on Wednesday betrayed the hallmarks of a man rattled and further, one who knows that the knives are out, not from the opposition, naturally, but from his own side.

Student of political history that Cummings so famously is, he will be familiar with the story of Lyndon Johnson's attempt to slur George McGovern in 1972.

“This is one of the oldest and most effective tricks in politics. Every hack in the business has used it in times of trouble... The race was close and Johnson was getting worried. Finally he told his campaign manager to start a massive rumour campaign about his opponent’s life-long habit of enjoying carnal knowledge of his barnyard sows.

"Christ, we can’t get away with calling him a pig-f****r,” the campaign manager protested. “Nobody’s going to believe a thing like that".

"I know,” Johnson replied. “But let’s make the son of a bitch deny it.”

(Quoted from Fear and Loathing: On the Campaign Trail '72 - Hunter S. Thompson)

Cummings is making the PM deny it. The key difference here is that the quote is completely credible. Not only have multiple sources confirmed it and others issued non-denials, but renowned classics-fan Johnson has publicly boasted of his admiration of the work of Lucretius, in which 'piles of bodies' appear repeatedly. If he didn't say it, then it's a spectacularly well-crafted lie. 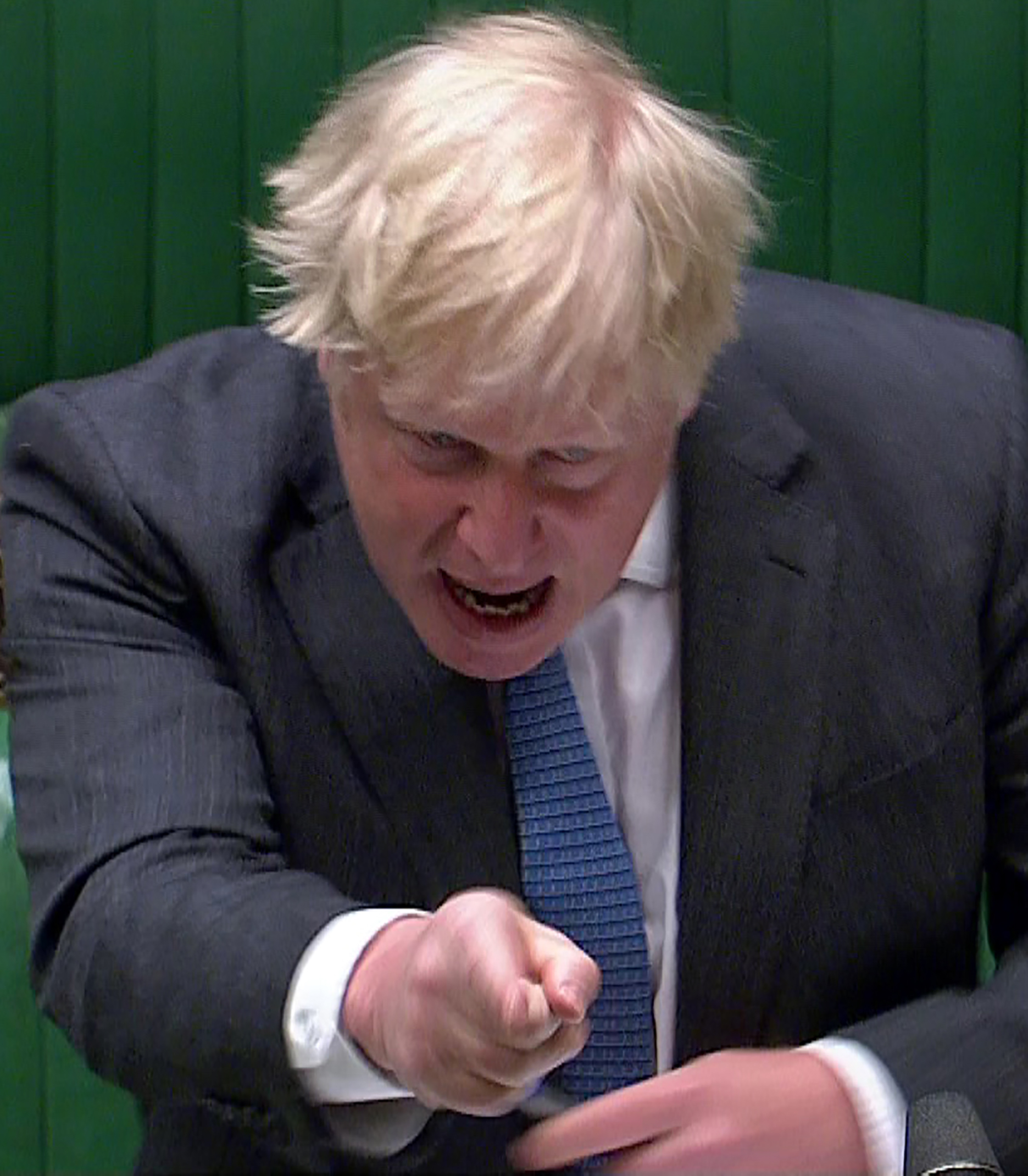 This most recent scandal comes on the back of a slew of others, cronyism, procurement scandals, Greensill, Dyson, and the 'Cash For Cushions' (or 'Cash for Curtains') story in which Johnson is accused of soliciting £56,000 from a Tory donor to refurbish the 'ghastly' John Lewis decor of his Downing Street flat. It will be interesting to see how this story plays in red wall constituencies like Middlesborough, where £56,000 buys an entire house,

It was also a revealing insight into Johnson's psyche. Whilst the country was focused on the growing Covid death toll, the PM appears to have been wheeler-dealing to avoid paying for his own furniture. Johnson was paid £275,000 a year by the Daily Telegraph but appears not to have managed to save any of it, (although his spousal maintenance and child support costs must be eye-watering.) That the mutual antipathy between Dom and Carrie 'Antoinette' might provoke the fall of the PM shows how far we have fallen as a country. Even our political scandals read like a cheap daytime soap opera.

Nadine Dorries was among the MPs stretching to defend the PM, tweeting,
'Labour MPs/journalists spent weeks attacking Dominic Cummings for his trip to Barnard Castle. Called him untruthful and many discreditable names. Screamed for him to be sacked from No10. Now they hold him up as a credible, trustworthy, unnamed source? Doesn’t wash with anyone.'
It goes without saying that Dorries was also one of the most vocal supporters of Cummings' integrity over the Barnard Castle affair.

It appears that the former special advisor may have enough ammunition to destroy Johnson as leader, or at least to make him look like an electoral liability. It is at that point that Gove and Sunak will likely make their move. The fact that The Daily Mail has been leading the way in Boris-bashing suggests that Cummings' former boss Michael Gove is likely on manoeuvres already.

Like a vampire, Cummings can only conduct his dastardly business if you invite him in. The British Establishment has invited him in. Twice. Both times with catastrophic consequences.

It is in the context of this increasingly surreal political environment that we at Renew are striving to make our voices heard. We are continuing to grow, fighting two elections concurrently for the first time in our history, honing our skills using online advertising, guerilla marketing, people power, PR and comms efforts and self-broadcasting. There has never been a better time to get involved in politics as a candidate or as an activist. Much of the work can be done online and the audience for political reform is larger than it has ever been.

Please read about our campaigns in Scotland and London below and, if you can, help us out by sharing our news.