For those of you who may suffer queasiness on the topic of raw sewage, (or corruption, incompetence, injustice, and hypocrisy), be warned; it's been one of those weeks.

Rishi Sunak's 2021 Autumn Budget revealed little about this government's priorities that we didn't already know. The reduction in alcohol duty looks like what it is, a craven attempt to procure positive headlines. The rise in the National Minimum Wage, whilst welcome, is unlikely to be enough to offset the rise in cost of living caused by higher food, fuel, and energy costs. The increase in National Insurance provides clear evidence that the Government expects the greatest burden of the Brexit and Covid bills to be borne by ordinary working people rather than business or the wealthy. Colossal holes remain in the country's finances, much of which can be attributed to the Government's late, inadequate or incompetent responses to the pandemic, the failed £37bn test and trace system being the prize example.

We are now resigned to a high-tax, low-growth economy for workers, but one in which international tech and retail giants, Conservative donors, non-domiciled tax exiles, and the very wealthiest are untouched. The tax burden is now higher than it has been in 70 years and the Government's latitude to address inflationary pressures in the supply chain and labour shortages are hamstrung, as ever, by the new Brexit orthodoxy.

In other news, the Conservatives have been in hot (and filthy) water for voting to allow water companies to continue pumping raw human ordure into our rivers and seas, despite the Lords' attempt to guide them to the more virtuous path. Whilst a U-turn looks to be on the way, it is another example of a government that will only ever do the right thing when all other avenues have been exhausted.

In terms of metaphors for the last 5 years of governance, raw sewage really is unbeatable. In fact, if you were writing a script for a hard-hitting TV drama about UK politics and you decided to use raw sewage to symbolise misrule, you'd rightly be accused of lacking subtlety. Nonetheless, it would still appear to be a fabulous stick for the opposition to wield, if only we had an opposition.

For those of us who might feel slightly wary of blaming every misfortune suffered by the UK on Brexit (rather than Covid or other issues), there was the terrible reassurance that the raw sewage issue was indeed caused by Brexit-related supply chain issues, confirmed by an RPS (Regulatory Position Statement) by the Environment Agency.

To adapt one of the brilliant comedian Stewart Lee's jokes (about bad TV channels), 'Covid is like a flurry of sewage that comes into your house unbidden, whereas Brexit is like you constructed a sluice to let it in.' 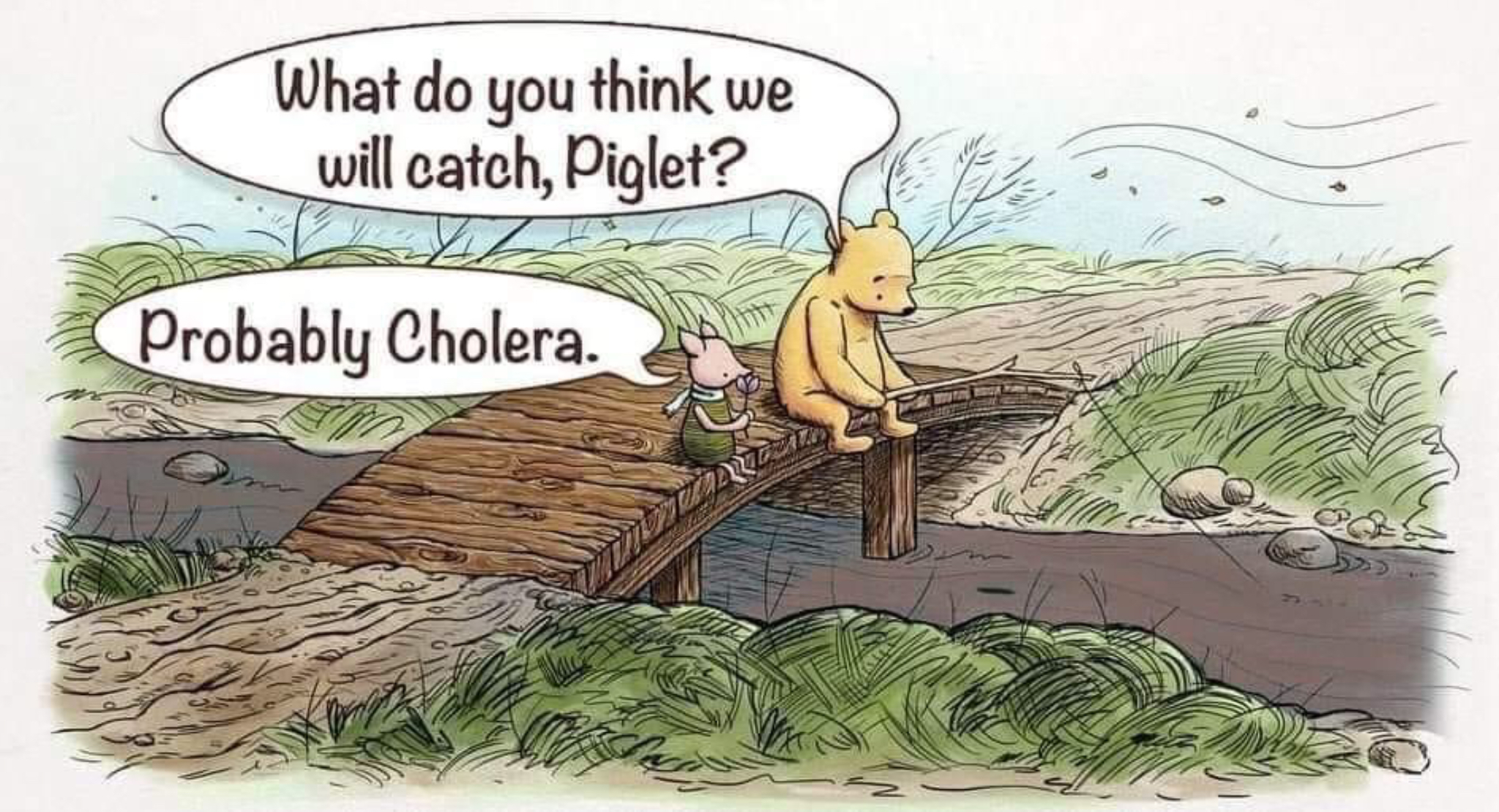 The irony of hosting COP26 in the wake of this and other environmental reverses has not been lost on journalists or international politicians; there will certainly be some awkward moments if Johnson attempts to lecture others on environmental discipline.

Lastly, news that MP Owen Paterson's influence peddling has resulted in a mere 30 day suspension has scandalised his constituents and provided yet more evidence of a government mired in corrupt practices. The leniency of his punishment is further evidence of a system that is not only losing its credibility, but is also incapable of regulating itself, cleaning up its conduct or providing an adequate system of disincentives and penalties.

It's clear that root and branch reform of the way we elect our representatives is long overdue. UK politics has a systemic personnel and recruitment problem, and it needs to be addressed urgently if we are to prevent our democracy descending into a kleptocracy. As things stand, our elected officials are able to channel our taxes to private companies for personal profit, with complete impunity, and it has to stop.

Renew is committed to a policy of open participation in local and national politics, providing a vehicle for change and removing obstacles to elected office. The UK has a vast untapped talent pool of honest, committed, individuals, largely ignored by political parties that recruit based on compliance, loyalty, and tribalism. Renew recruits and trains independent-minded local candidates for office throughout the UK, operating under the philosophy that we must not keep rewarding failed political institutions or participate in a rigged game designed in the eighteenth century to serve the interests of the privileged at the expense of the broader population.

In the coming weeks, Renew will be launching our policy positions and reaching out to the broader electorate with messages of reform, participation, and renewal. Please continue to follow us, share our output online, look at our refreshed website and join us as a member or donate to help us continue this work.