Dear me, where to begin?

We are now almost a week into the Cummings scandal and no closer to the truth. Questions arising from the affair are outpacing answers at a shocking rate.

We haven't even managed to settle on a proper name for it. Durhamgate is far too nice, BarnardCastlegate is far too silly and The Cummings Affair just sounds like a crap airport paperback.

Further, the online community were stifled by #DominicCummings failing to trend as it was rejected by twitter's anti-porn filters, although the vastly sleazier #CumGate, hilariously was not.

Meme-sters had a riot with 'classic' Dom's screamingly lawyered account of his actions (or 'feelings' and 'instincts') with hundreds of Specsavers parodies suggesting that ocularly challenged politicos 'Should Have Gone To Barnard Castle.' 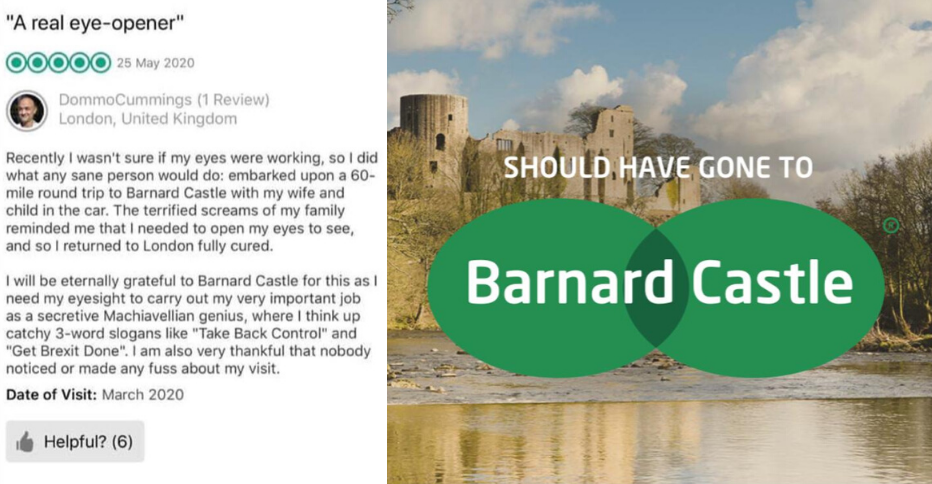 Tripadvisor had to suspend user reviews on it's Barnard Castle page after pranksters inundated the site with fake reviews, and, as if that wasn't enough our Minister for the Cabinet Office (really) Michael Gove went on LBC to state that he had 'on occasion', taken a drive in order to test his eyesight. If the UK was a soap opera, scriptwriters would now surely be preparing the 'it was all a dream' reveal. In fact, the parallels in fiction are impressive and mortifying in equal measure; 1984, Animal Farm and The Emperor's New Clothes all spring to mind. Or even Dude Where's my Car (halfway up the A1)? Boz and Dom's 'Exceptional' Adventure? The Hobbit: An Unexpected Journey (no need to alter that one).

As for the rose garden (non-)confession, the story had holes you could comfortably drive a Land Rover through (even half-blind); one expected the Clinton approach to be employed, "Yes, I did once drive to Durham, but I didn't exhale."

The revelation, that, at the peak of the virus (1152 recorded deaths on April 10th), Durham was somehow the new Lourdes left many baffled and appalled.

Journalists took their turn to give the naughty boy a bit of a hiding, and it was remarkable to witness the PM's chief aid squirming in front of the same people he has devoted his career to sneering at. Indeed, the man whose father in law named his horse 'Barack' didn't manage to accuse anyone of being an 'elite' for an entire hour.

As for the substance, it was a masterpiece of obfuscation; contradicting the earliest excuses, his own wife's long, simperingly detailed account of their suffering in the Spectator and also the Shapps/Johnson accounts of the previous two days. Surely this wasn't the end of the matter? (Spoiler: No, it wasn't.)

In a development clearly not anticipated by Johnson, middle England erupted, Tory MPs inboxes thrashed with seething fury (in the kind of way only Tory inboxes can), the petition to fire Cummings reached almost a million signatures, and the Daily Mail and Guardian managed to agree on something for the first time since the 1966 World Cup Final result (although the Germans, naturally, still contest it). At the Commons Liaison Committee on Wednesday, Yvette Cooper almost browbeat the PM into claiming that Cummings had eaten his homework (presumably to test if his digestion still worked) and then the Durham police reported that our everyday hero HAD, in literal fact, breached the regulations. And in the midst of this, Cabinet ministers (including erstwhile Golden Boy Rishi Sunak) cravenly tweeted defences of Cummings, suggesting the lockdown only applies to those that don't love their families. Oh, and I almost forgot, more than a dozen Senior C of E Bishops launched a volley of principled criticism at Boris Johnson and received a series of death threats in return. 'Who will rid me of these troublesome priests?' A Vote Leave twitter mob, of course!

So, after all the fun and games (and suffering and misery), what next?

Well, we have learned something rather important. This government cannot function without Dominic Cummings. Without him, it is rudderless; merely a part-time pitch-man surrounded by over-promoted, mostly-gormless toadies and Yes-Men (and women), to be generous.

The Labour Party has, in a remarkable change of tack, been a model of restraint, and some have argued that it would actually be better for the opposition for the Chief Advisor to remain in place. Johnson will continue to haemorrhage authority, as polls are showing, and his enemies have now discovered his weak spot. The Tory Party's thermal exhaust port has been flagged-up, signposted and highlighted in the Lonely Planet Guide to UK politics for all to see.

The next challenge, of course, will be maintaining lockdown discipline. 14,000+ people have been fined or prosecuted for lockdown infractions that many will consider less serious than Cummings'. How many of those will be tempted to use the newly-minted 'Cummings Defence' in their inevitable appeals?

The same problem arises for the practical application of the test and trace programme. Some have suggested that we write to our MPs and insist that Cummings must be removed before the system is embraced. Others have pointed to possible abuse of the system, even going as far as to suggest the use of this cheeky tactic.

How we got here has been a story rehearsed many times. How we get out of it will be a new story, but this week, maybe, was the first chapter. 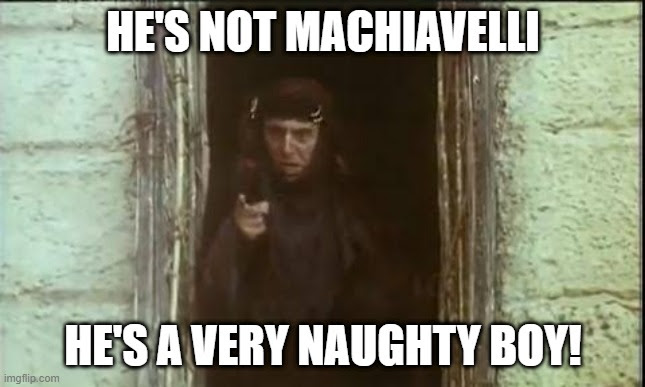 Are you looking to learn new skills? Or perhaps you want to help someone else learn something new? This is why we started the Renew's Skills Exchange! But we need your help.

Drop us an email to get involved.

Well, it's certainly been a turbulent week! Join us on Zoom, Thursday at 6 pm for a chat about the Cummings and goings of the week. 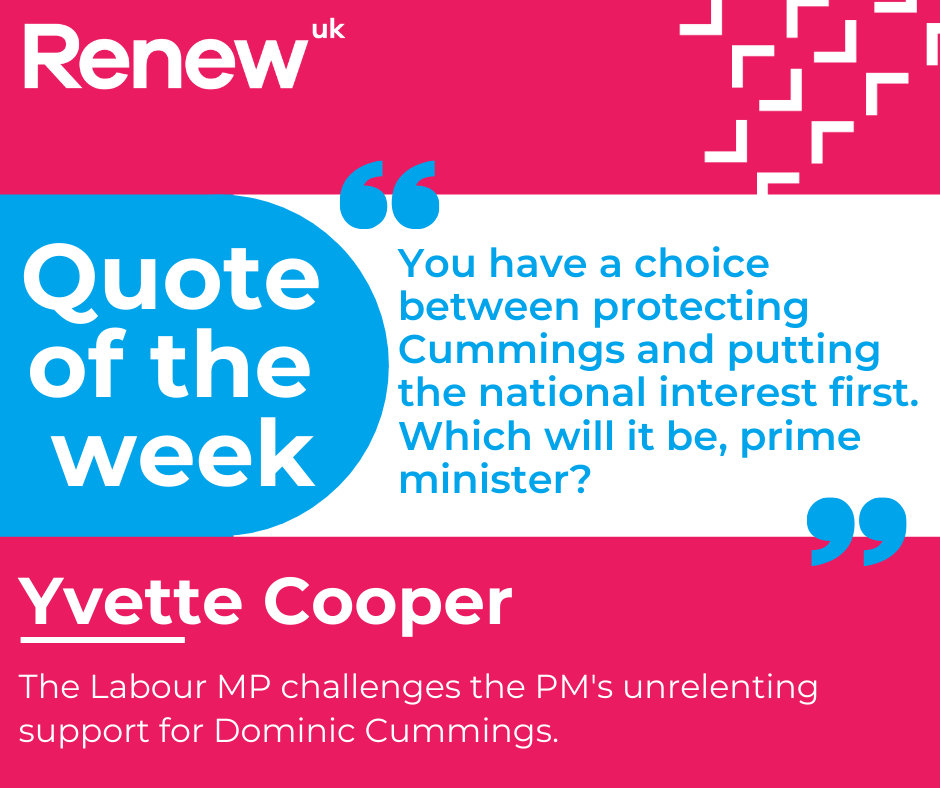